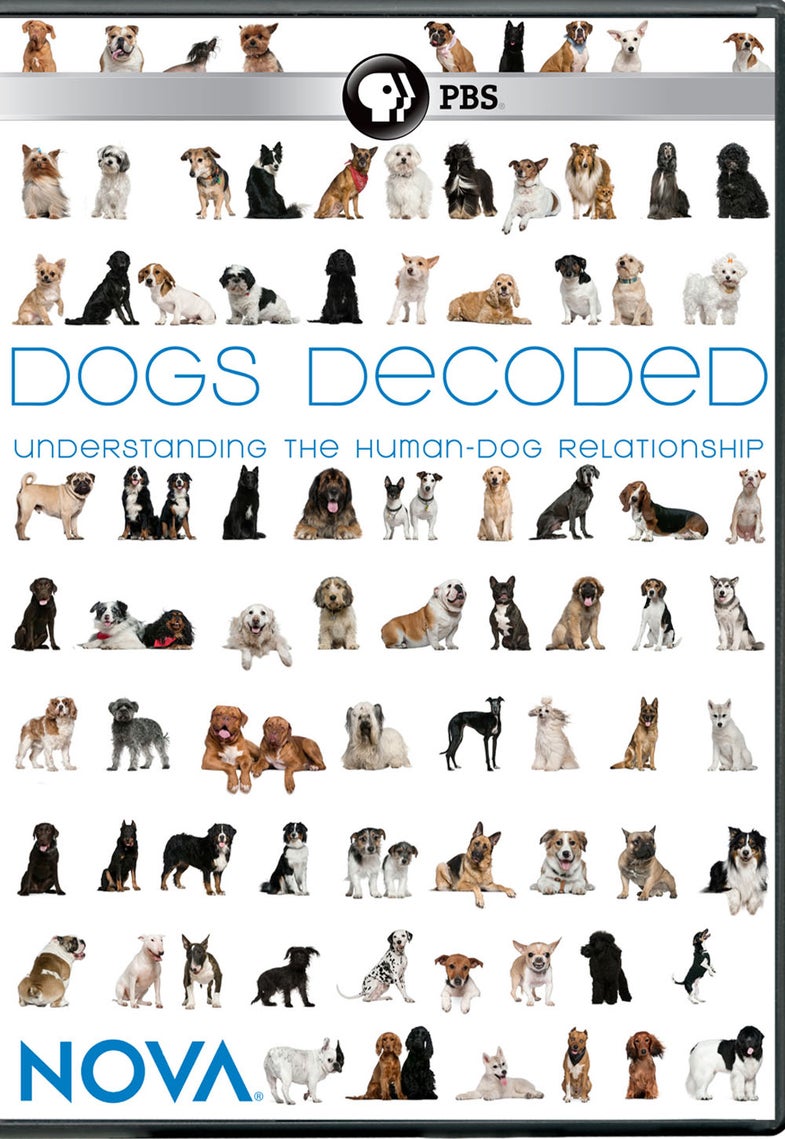 The show details several different studies on dogs, their genetics, anthropology and evolution from universities and research facilities from across Europe – England, Hungary and Siberia among them. While interesting, the studies underpin the important of genetics and our role, and even duty, to maintain conformation standards as they apply to the field.

One of the studies documented how dogs read human faces, in nearly the exact same manner that we do. When looking at someone, apparently we have a “left bias,” meaning our eyes drift to the left and examine the right side of a person’s face to determine emotion and mood. While both humans and dogs have a left bias when viewing a human face, no other animal acts in this manner. And dogs don’t do it when viewing other dogs or animals.

Another study that was undertaken in Hungary documented how dogs pick up and interpret our physical cues. By placing a treat under one cup while leaving another empty, and then pointing to the cup with the hidden treat researchers watch as dog after dog successfully followed the pointed gesture. Even puppies as young as six weeks often successfully completed the process. No other animals, not wolves or even our closest genetic link, the chimpanzee, could comprehend the human communication.

Still another research project explored the domestication of wolves. Since it’s genetically certain that dogs descended from wolves (they’re 99.8 percent genetically identical), the scientists wanted to test whether or not wolves could be raised as domestic dogs. As a control to the experiment, the scientists first raised puppies and then attempted to raise wolf cubs taken from a den at five-days old. Within weeks they cubs began to challenge and disregard humans and their aggressiveness forced them outside shortly thereafter. The project was abandoned within a couple of months and the cubs were placed back with the captive pack. Dogs are much more than just domestic wolves.

Yet another study measured the amount of oxytocin, a hormone released by mothers during breastfeeding that causes relaxation and nurturing feelings, in both dogs and humans during a petting session. The oxytocin study showed a large release of the hormone over several minutes of petting by both the human and the dog. As was reported in OL’s Snapshots section a year or two ago, studies have shown that petting a dog for a little as five minutes can lower blood pressure and heart rate. Dog owners are less likely to have heart attacks and those that do are much more likely to survive and recover quickly. It’s this release of oxytocin, caused by the human-dog bond and interaction, which contributes to these health benefits.

It was something that was said by a researcher commenting on a final study, one which was started more than 50 years ago and has been well documented. In the cold of Siberia more than five decades ago, Soviet researchers picked up some silver foxes from a fur farm. From the offspring those foxes produced, the tamest one percent were selected to be bred. Within three generations of selective breeding for tameness, researchers began to notice changes in the canines. At eight generations huge changes were afoot and the foxes were very doglike; panting, tail wagging, barking (something wild canines rarely do after the juvenile phase passes) and the like at the sight of humans.

The research also answered a conundrum that had vexed scientists since the theory of dogs being descended from wolves took form. That question being: since wolves all have long, thick hair and pretty much the same coloring of black, white, tan, gray and the like, how the heck, if dogs did descend from wolves, did we get all of these different sizes, ear and tail shapes and multitude of colors and patterns found in our various breeds?

The answer is that when you selectively breed for tameness, all those genetic changes are effected too. Genes that control aggression also influence hair color and length, limb length and shape, tail length and other attributes. The foxes in the study all underwent all these drastic changes and began to not only act more like domestic dogs, but also to look like them.

What really got me to thinking, however, was how one commentator, Brian Hare from Duke University, phrased that answer. “If you just select for behavior, a lot of morphological and physiological changes just get dragged along; floppy ears, curly tails, etc.,” he said.

As I said, the program underpins the importance of proper selection of breeding stock to ensure that our hunting dogs and their progeny continue to perform as they were meant to; biddability, trainability and prey drive in totality. The quote from Hare also emphasizes the importance and duty we have to maintain proper field conformation in our breeding programs.

If we begin to breed for singular accomplishments, like field trial wins, speed or coat color, we’re playing a game without knowing all the rules. It’s not a singular card that we’re dealing with, it’s an entire deck and those other cards, or genes, will rear their head and change breeds as we know them today if breeders’ diligence wanes for whatever reason.