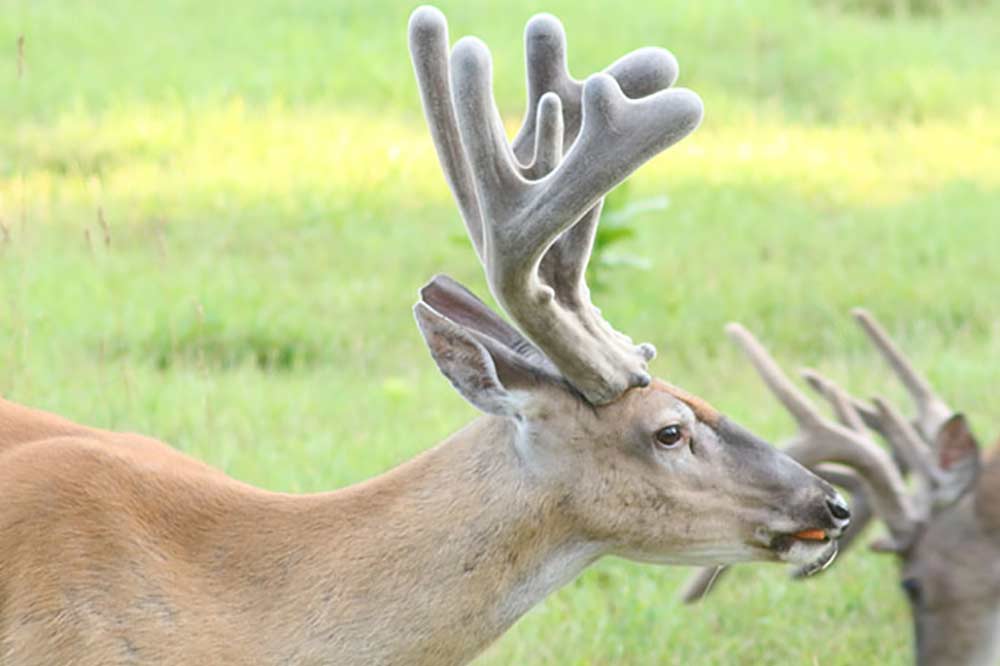 1. The King of the Forest

Old-school hunters will tell you the biggest buck in the woods is the king, the sire of all fawns, and the owner of all does. That’s not only false, it’s scandalously so.

In fact, research conducted by Dr. Randy DeYoung in Oklahoma showed that almost a quarter of twin or triplet fawns had more than one father. Clearly, the dominant buck isn’t the only one seeing rut action.

To take things a step further, the notion that dominant bucks control any breeding rights at all is fairly suspect. The same research out of Oklahoma showed that not only do dominant bucks not control the breeding season, the primary factor in deciding which buck gets to breed is geography. When a doe comes into heat, whatever buck (or bucks) happen to be nearby end up getting lucky.

Another rut-based myth is that those genetically superior bucks with gagger antlers are more attractive to does and will sire more fawns. Actually, size does matter. But not antlers. Body size, according to research from Auburn, trumped all other factors. Larger-bodied bucks, regardless of antler size, bred more does than smaller-bodied bucks.

When all other factors were the same, including body size, that’s when antler size does seem to have an impact. In a study conducted by Mississippi State, when given an option to choose a suitor of similar age and body size, does chose bucks with larger antlers most often.

5. Cull Out Those 8-Pointers

In wild deer populations (and even in captive deer populations for the most part), the notion that the overall antler makeup of a local deer population can be altered by taking out “cull” bucks with inferior antler traits is simply a fallacy. There are a lot of reasons for this but perhaps the most overlooked is the fact that 50 percent of a buck’s genetic code comes from its mother. So unless you are identifying and removing does that produce bucks with so-called inferior antler traits, you are doing almost nothing to change the genetic makeup of the population by killing those bucks.

Perhaps Dr. Steve Ditchkoff, of Auburn University, said it best: “You cannot affect genetics as a hunter, and you cannot influence genetics through selective culling in wild deer populations.”

In fact, the reason a buck has large antlers with multiple splits and kickers may be for the same reason its dad had them – superior environmental conditions that allow for additional antler growth.

Another study produced by Mississippi State University showed that heritability of antler traits was likely not caused so much by genetic transfer from a parent, but from the environmental conditions in which the buck lives.

Well, actually, deer can see orange. But they don’t see it as “orange”—but rather as a yellowish hue. And the most important factor of visibility is in the brightness of the color. Darker oranges will appear redder, the hardest color for deer to detect, while brighter oranges will appear more yellow.

Thus if you’re concerned about deer spotting you in your hunter-orange jumpsuit, simply opt for one that’s a darker orange color (so long as it’s approved as a legal orange) and choose a fabric that has variations (such as camo) rather than a solid color block.

8. Our Buck-to-Doe Ratio Is Way Out of Whack

Yes, this can be true, as long as hunters don’t take liberty with the truth. The fact is ratios can’t reach much higher than five does per buck. Just because you see 20 does for every antlered buck doesn’t mean that your sex ratio is 20-to-1. Here’s why.

For starters, some of those “does” are likely button bucks. And sex ratios can’t be calculated accurately during hunting seasons. To get an accurate ratio, you have to look at pre-hunt numbers. Why? Because the deer population that remains once hunting season ends will become the following year’s pre-hunt population after fawns are born. The natural recruitment rate of fawns (and the ratio of bucks and does born each spring) will correct even the most skewed scenarios. The QDMA’s Kipp Adams did an excellent illustration of this concept here. https://www.qdma.com/reality-doebuck-ratios/

Unlike humans, research indicates that does – even the most ancient of them – do not stop producing fawns simply because of old age. A University of New Hampshire study featured a pair of does that were nearly 20 years old, both produced fawns right up until the time they died.

This is one myth I’ll choose to continue repeating simply because when I see a giant rub, I want to think it’s from a giant buck. The research, however, says otherwise. Trail camera evidence is pretty clear that while big trees are often rubbed by bucks with bigger-than-average antlers, bucks of all sizes will often attempt to rub those same signposts.