We loaded our five pickup trucks with 15 semi-auto shotguns and more than 2,000 nontoxic Winchester shotshells to feed them.... 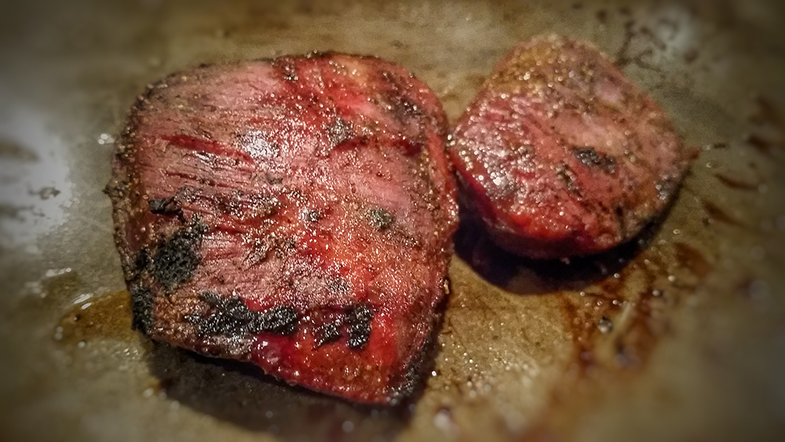 Prepare grilled snow goose properly and it can turn out tastier than a restaurant beef steak..
SHARE

We loaded our five pickup trucks with 15 semi-auto shotguns and more than 2,000 nontoxic Winchester shotshells to feed them. Two of the trucks were pulling Yamaha Viking UTVs, each loaded with nearly 1,000 white decoys, a couple of electronic callers, and olive-colored foam pads purchased from a military surplus store. Our caravan could’ve easily been mistaken for a militia as we hauled ass in the lingering darkness to beat the rising sun. We were on a mission, and we were waging a war of sorts—a war against a raucous white army of snow geese that would easily outnumber us 10,000 to one. 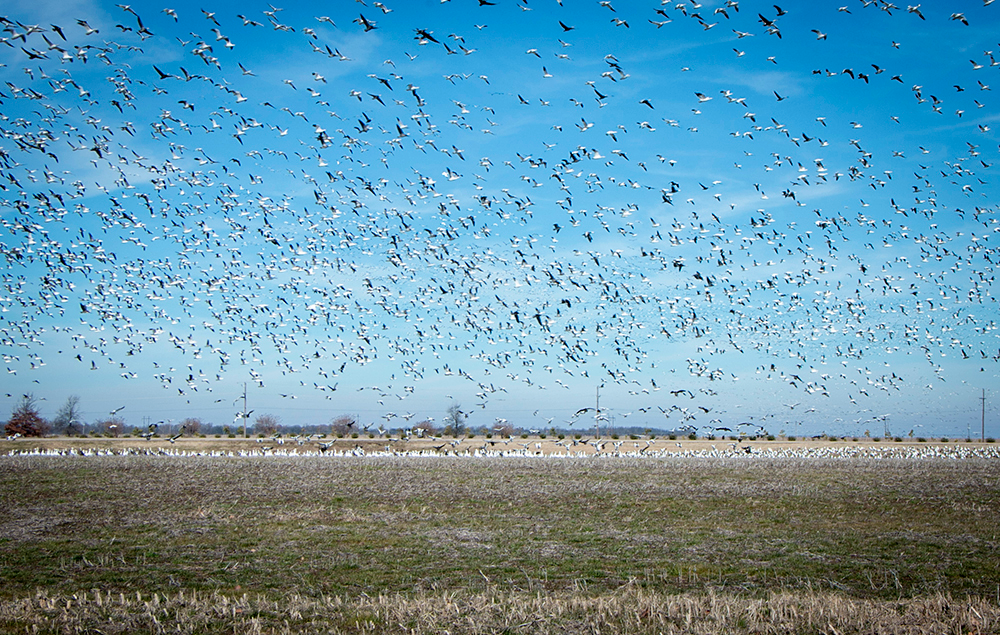 It’s not uncommon to see flocks of snow geese that stretch for miles during the spring migration.

This is spring snow goose hunting. It’s essentially a wingshooting free-for-all thanks to the Light Goose Conservation Order, a special season largely driven by research and recommendations from Ducks Unlimited in the late 1990s. In participating states, hunters can kill unlimited snow, Ross’ and blue geese with unplugged shotguns and electronic callers. Get into a swarm (aka “tornado”) of these birds and it’s truly epic. 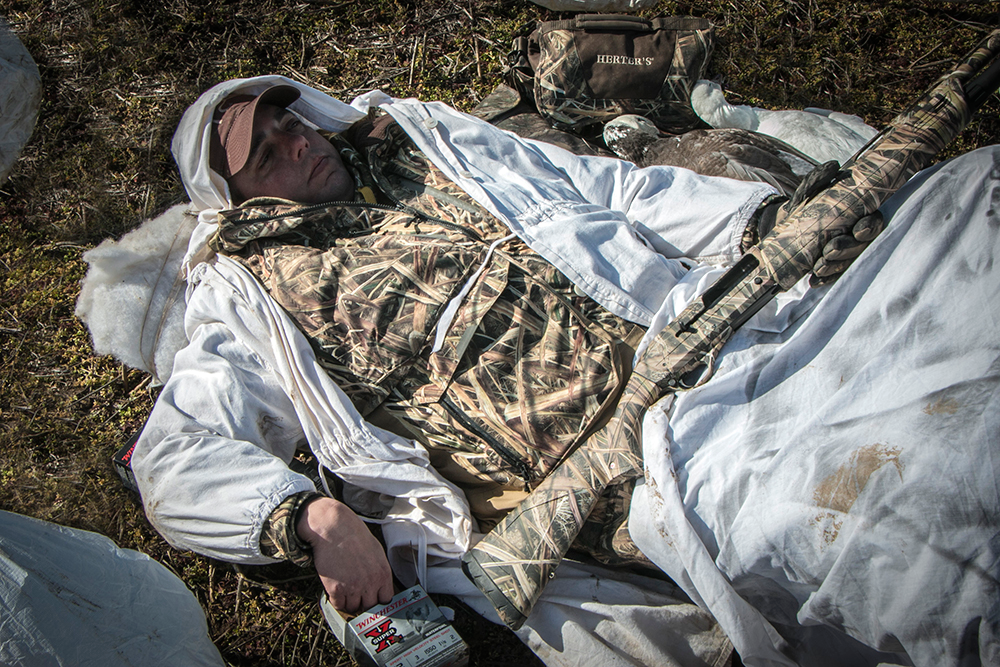 An excited hunter keeps his eyes to the sky as he reloads for another incoming wave of the “white devil.”

To stand a chance against wise, wary, high-flying snows, it requires a significant investment of money and time to buy the right gear and stay on the birds as they migrate from their Southern wintering home to their Northern nesting grounds. You can easily drop $5K or more just for a solid spread of decoys. Add the cost of an e-caller or two, layout blinds, fuel for scouting, repairs for your vehicles—you get the point. That’s why guys like me are more than happy to hand over cash to an outfitter once a year to get in the snow goose game. 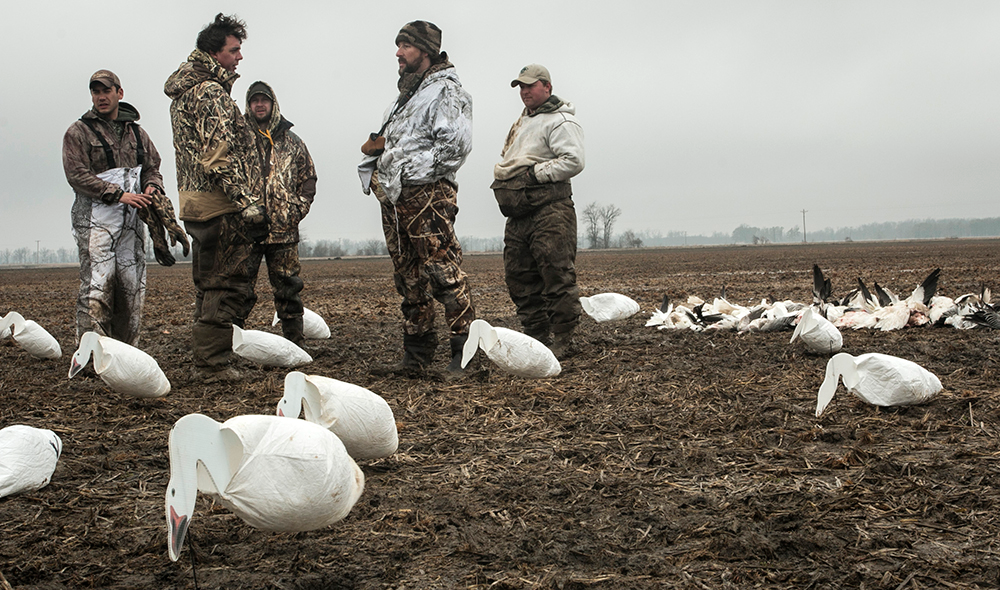 After lying in the mud all morning, we reveled in our success after killing 72 snow geese over a spread of 1,500 decoys.

We killed 72 birds during our first morning hunting with the guys from Arkansas Duck Masters. The second day was uneventful, but only because my buddies and I couldn’t resist the late-night allure of blues music, beverages and big cigars on nearby Beale Street in Memphis. Our third and final day produced 22 birds. That’s just shy of 100 total geese and approximately 200 pounds of red meat. 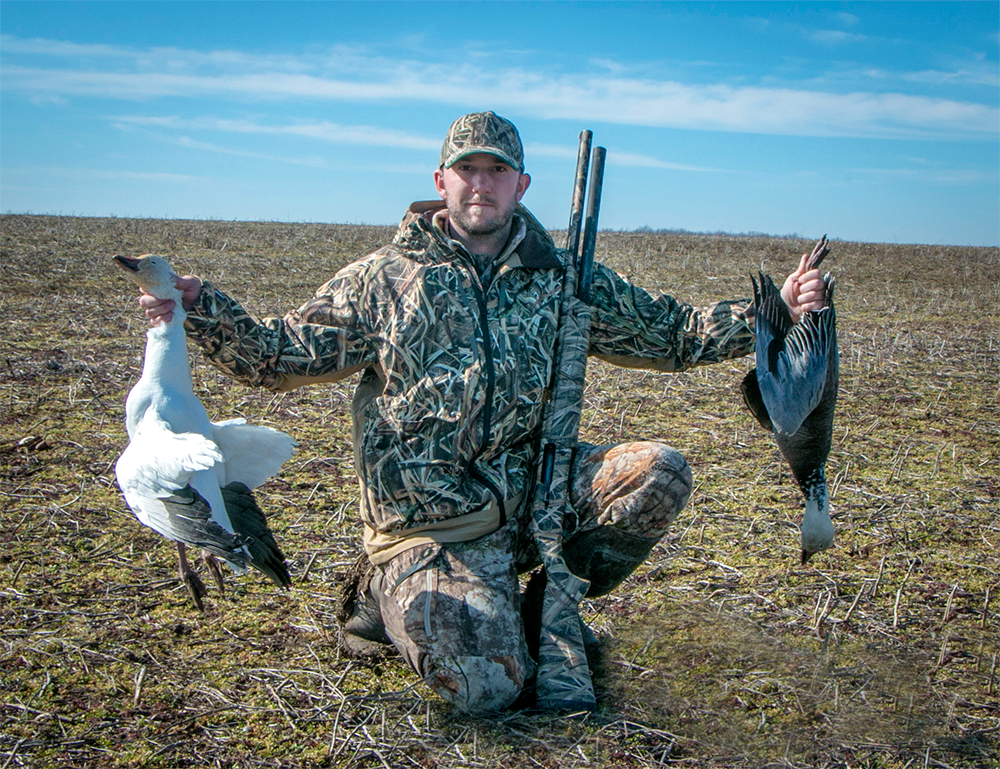 Don’t forget to look past the pile and take a moment to recognize the individual beauty of these magnificent birds.

“What do you do with all those snow geese?” I’ve heard that question more times than I can count. Typically, it’s followed by: “You can’t eat those things, can you?” I have one answer that addresses this:

Making Meat From Snow Geese
Like any other wild fowl—or any meat for that matter—the flavor and table quality of snow geese is a direct result of conscientious field care. Kill the birds and clean them asap. Don’t let a load of geese sit for hours. It’s not rocket science. These birds can withstand harsh cold because every one is wearing a super-insulating down coat. Stack a bunch of feathers and flesh in a pile and it’s like putting them in an oven, even when the outside temperature is low. Next thing you know, guts and gasses begin to do some unsavory things in the body cavity of a snow goose, and its meat will go from succulent to sour. 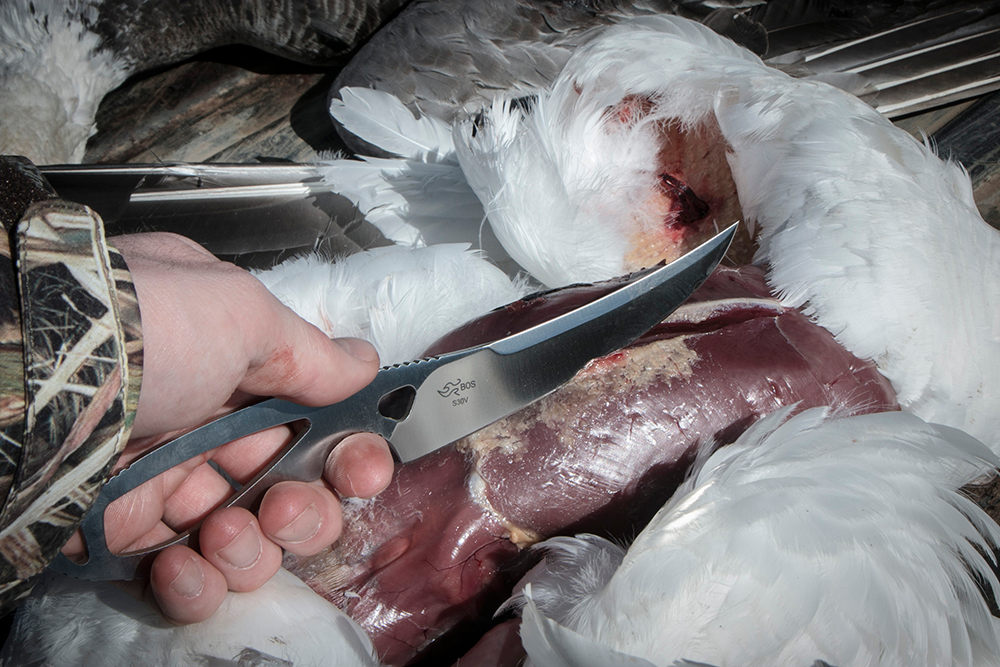 _The most important part of readying snow geese for the table is to clean them quickly. Don’t let your dead birds bake in their feathers all day. _

You can clean snow geese just like any other waterfowl. Pluck, skin—whatever you decide to do, just know the breasts and legs are both worthy of collecting (don’t let anyone tell you otherwise). From what I’ve experienced, there’s nothing more efficient for cleaning snows than a (http://waterfowljunkie.com/products/bird-hitch/) Bird Hitch. Of course, a sharp fillet or boning knife will surely do the trick, and a game shear is a major convenience for quickly snipping off legs.

Braising in a cast-iron Dutch oven is a surefire way of preparing snow geese to retain moisture. You can smoke snows and make sausage or jerky, too. Grilling, however, is difficult to beat for the sake of simplicity and the outstanding flavor and texture of the finished product. Medium rare is the only way to go, and the right 24-hour marinade will work magic. Speaking of marinade …

A Great Southern Soak for Snows
Aside from taking in fresh surroundings and adventures, one of my favorite parts of traveling to new hunting camps around the country is tapping into their unique culinary wisdom. By the time I leave a hunting camp, I’ve usually spent some amount of time sniffing around the camp kitchen and making friends with the cook. The regional styles and influences that go into any wild game recipe can open unforeseen doors for your own cooking creations. 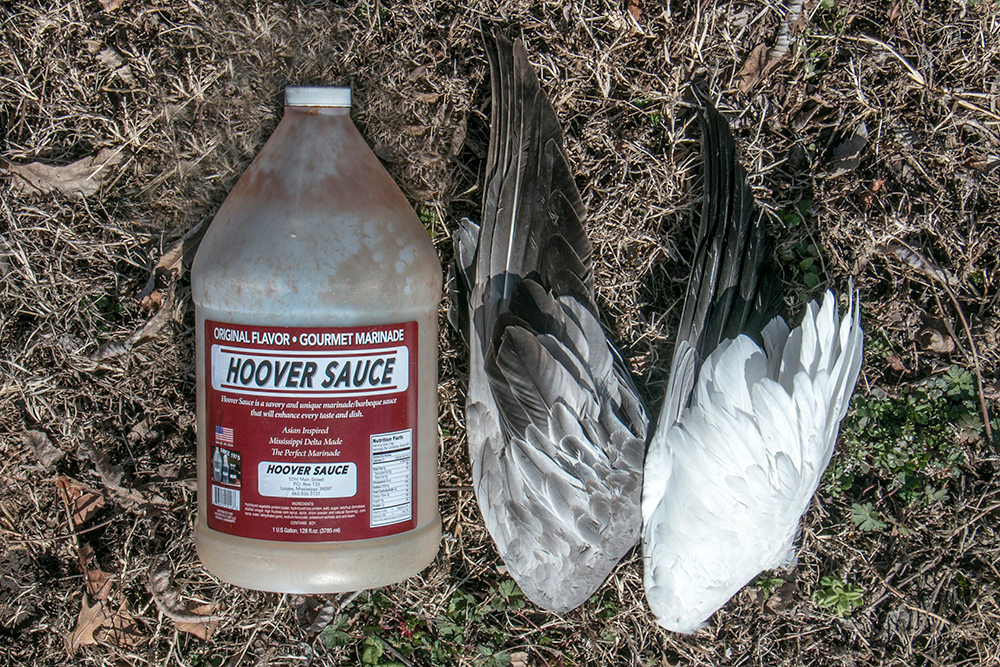 _Looking for the ultimate sweet marinade for snow geese? Get yourself some Hoover Sauce. _

In Arkansas at the Duck Masters lodge kitchen, my major takeaway was a fantastic marinade called Hoover Sauce. The best way I can describe it is a perfect mix between soy sauce and teriyaki glaze, but with a little something extra special in the mix. As a Yankee, I’d never seen nor heard of this Southern staple. According to DixieDining.com, it was created by a native Chinese man named Hoover Lee. His family emigrated from China to Mississippi in the early 1900s and started a general store, Lee Hong Co., where Lee started selling his Hoover Sauce in the early 1980s. Since then, it has blown up as a favorite marinade among waterfowlers along the Mississippi Delta. 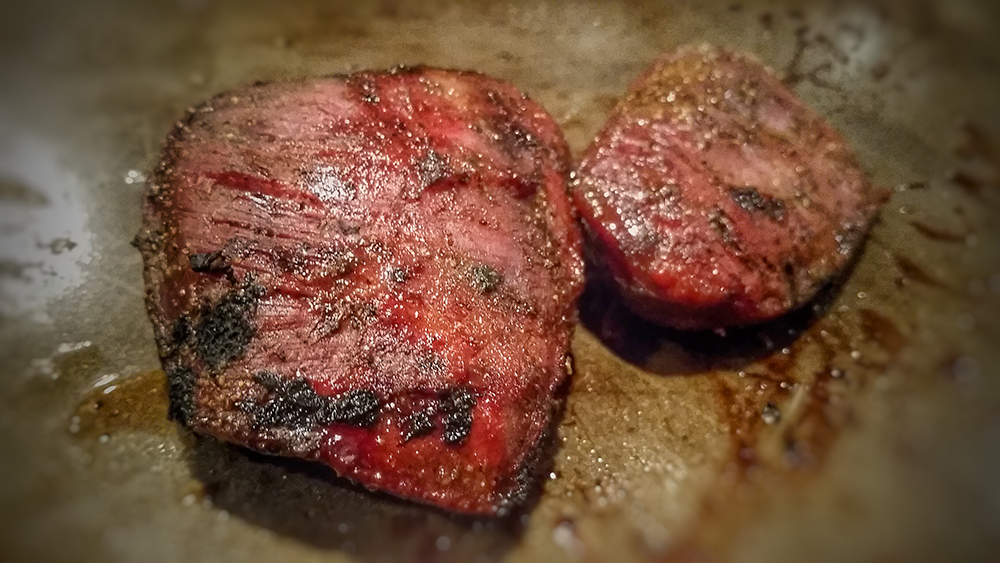 Prepare grilled snow goose properly and it can turn out tastier than a restaurant beef steak.

Toss some snow goose breasts (and/or legs) in a sealed container, submerge them in Hoover Sauce and let it work its magic overnight. Fire up a wood pellet grill or your old Weber with some lump hardwood charcoal, add your choice of seasonings to the geese, cook them to medium rare and serve. If desired, you can use more Hoover as a glaze or dipping sauce. Try this once and you’ll be downright offended the next time someone says you can’t eat snow geese.