Death of a Retriever: Drake the DU Dog Passes

The first official mascot of Ducks Unlimited, Drake, passed away on Dec. 15. As the DU dog, Drake reached many... 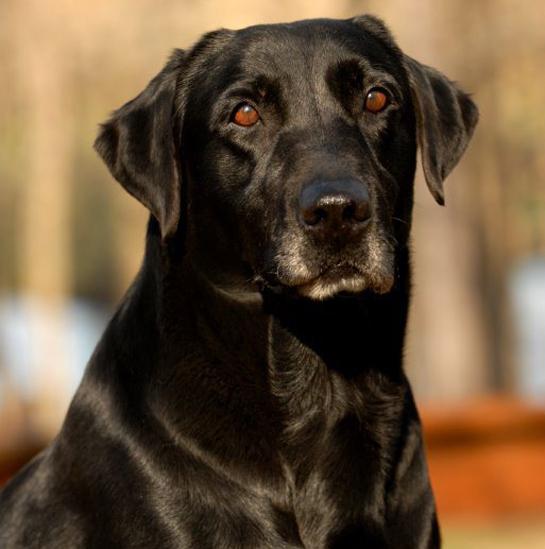 The first official mascot of Ducks Unlimited, Drake, passed away on Dec. 15. As the DU dog, Drake reached many people at the shows he attended across the country, during hunts that were filmed for television, and at visits to Wildrose Kennels in Oxford, Mississippi. He even traveled internationally, competing in Ireland.

At nearly 13-1/2 years old, Drake was laid to rest, draped in the DU flag, at the gundog cemetery at Wildrose Kennels. You can read all about Drake’s many accomplishments in Stewart’s memorial to one of the original “Gentleman’s Gundogs.“

There are many hunts recalled in the memorial: from working as a strike dog on Georgia plantation hunts, to traveling by float plane and boat in Alaska, to hunting Nash Buckhingham’s blind at Beaver Dam. And, of course, there was the trip to Ireland to compete in a game fair which was watched closely by US retriever enthusiasts. But, the part that sticks out to me is this:

“He will be remembered as a gentle dog that would allow scores of people to pet and interact with him at shows and pleased so many Ducks Unlimited Greenwing kids that knew him well. Never once did I concern myself that he would be aggressive toward another person or any dog he encountered.”

I met Drake on my first, but far from last, trip to Wildrose Kennels in 2003. And the above description is very accurate. I remember how calm and gentle he was – Drake just had a quiet soul. Unlike many Labradors who are excited or will bump your hand for attention or who seem to want to be doing something, even if they’re sitting still, Drake was an observer. He sat quiet, content and watched everything around him, seeming to take it all in but not being put off by anything. And in no way did his tranquil personality impact his hunting. When it was time to work, he was on the job and focused on what was taking place.

I remember attending a local DU banquet with Stewart and his wife, Cathy, during one visit. Of course, Drake came along and sat quietly as Stewart gave a speech on the importance of DU’s conservation mission, as well as using a trained retriever to conserve game. Drake sat in his calm, almost reserved manner, during the speech and then let children and adults alike pet, hug, and pose for pictures with him. He then disappeared under the table during dinner and the auction. He, like all the dogs trained at Wildrose, seemed to disappear from the spotlight and you’d forget he was even there.

An irony I’ll always remember, was that Drake, for all his fame and time in front of a camera, was a bit camera shy. I remember trying to get a photo of Stewart and Drake during that first visit to the kennels, and Drake constantly looked away, only focusing on the camera for a moment or two.

He was great all-around dog – hunter, spokesman, show dog, adventure dog, companion and ambassador for conservation. I’m sure he’ll be missed at Wildrose, banquets, on television and by DU members everywhere. His heir, Deke, has big shoes to fill, but will undoubtedly do a fine job.

But still, there can only be one “first” for anything. And that first DU dog was Drake – may he rest in peace.