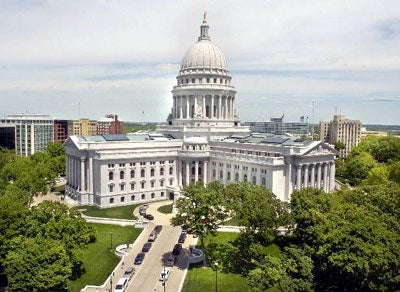 Word of that ruling by the state’s leading legal authority apparently never arrived in the state capitol, Madison — a university town renown as a haven for fascist liberals.

They produced IDs, but were cited for disorderly conduct anyway. On Sept. 29, gun-rights group Wisconsin Carry filed two federal lawsuits against the Madison Police Department and Chief Noble Wray, accusing them of violating the Second Amendment rights of the five men.

“You can’t stop a law abiding person, demand their ID, search and seize their property without probable cause, and that’s really what this comes down to,” said Nik Clark, president of Wisconsin Carry.