The debate between those who think the U.S. Constitution is a “living document” subject to revisions inspired by contemporary fits... 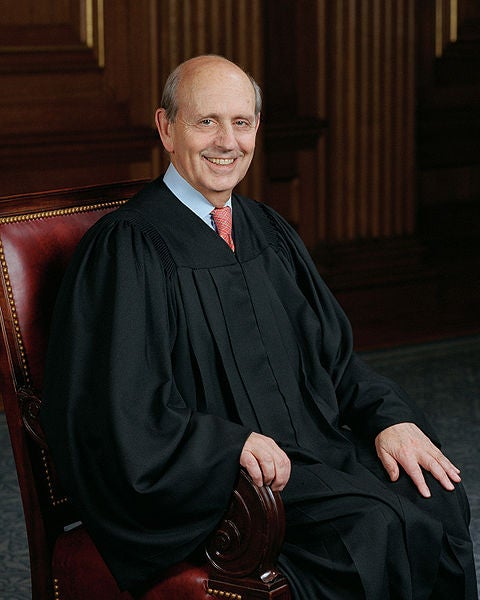 The debate between those who think the U.S. Constitution is a “living document” subject to revisions inspired by contemporary fits and fads, and those who think it should be adhered to as originally written and intended, was on stark display on Dec. 12 when Supreme Court Justice Stephen Breyer, speaking on Fox News Sunday, declared that the Founding Fathers did not intend firearms to go unregulated.

But they are, nevertheless, disturbing.

According to Breyer, James Madison only included the right to bear arms reluctantly in the Bill of Rights, and only because the states wouldn’t sign the Constitution for fear of creating a too-powerful central government.

Bruce Walker, in a Dec. 14 blog on The New American, said to that extent — significant opposition to the Constitution without a Bill of Rights — “is essentially correct.” However, he continues, otherwise, Breyer’s legal reasoning “seems curious.”

Also during the discussion, Breyer meandered into a rambling discourse on the definition of “arms,” asking, “What is the scope of the right to keep and bear arms? Machine guns? Torpedoes? Handguns?”

“Actually,” Walker writes, “the definition is much simpler than Breyer suggests. Cannons were common in 1789, and no one has suggested a right to own field artillery. The rational definition of ‘arms,’ a right enshrined also in the constitutions of most of the first states, was clearly muskets and pistols (later rifles and revolvers) — weapons which a citizen could use for his own protection or on behalf of his state against a rogue federal government.”

For more, go to:
— Breyer Suggests Second Amendment Out of Date

— Breyer: Founding Fathers Would Have Allowed Restrictions on Guns