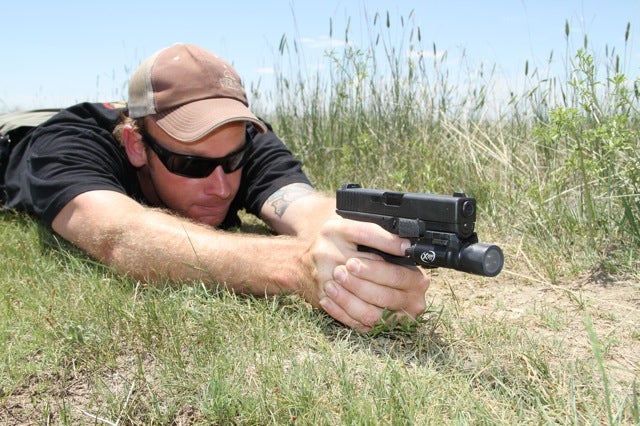 A few years ago I was working as a combat tracking instructor, training brave Americans to track the most dangerous game: the enemy gunman. We were working just a few miles from the US-Mexico border and would often hear radio chatter from drug smugglers and human trafficking networks in their observation posts. We also found sign that told the story of armed men under heavy load. Buttstock impressions of AK variants let us know that an armed confrontation was possible. However, due to the contract we were working under, we were only authorized to carry handguns for self defense. Rifles were strictly prohibited. In order to defend myself I knew I'd have to be able to shoot a pistol somewhat accurately at long distances...out to 700 yards. The idea was to figure out how to shoot accurately at long ranges to suppress an enemy attack. In other words, I wanted to be accurate enough to convince the bad guys to stop shooting at me.
SHARE