Best Duck Loads: How to Pick the Right Shell for the Right Bird

Match your load to your feathered quarry 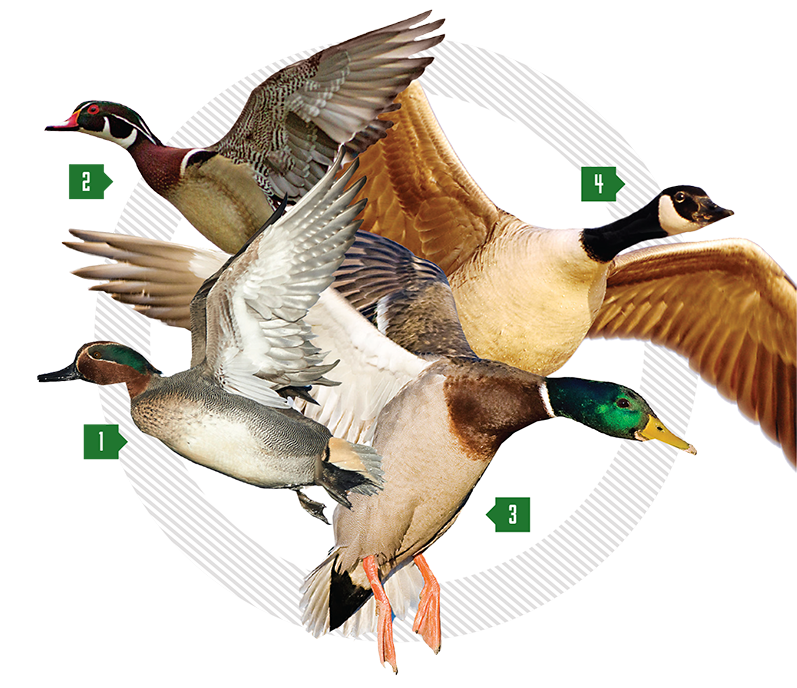 With different shot materials, pellet shapes, and configurations available, wildfowling has become as much a science as it is a sport. Many hunters may be puzzled as to which load is best for their duck and goose hunting. Shot like Kent’s Tungsten Matrix and Environ-Metal’s Classic Doubles are for older shotguns, but then there’s Black Cloud, Blind Side, and Hevi Shot, which makes selection more difficult.

How to Choose the Best Duck Loads

These guidelines, broken down by species and size, should make shell buying easier.

Because of this speedster’s size and erratic flight, small pellets are desirable to fill a wide pattern from a Skeet- or Improved Cylinder–­choked gun.

For medium-size ducks over decoys or close passing shots, the traditional 3-inch load of 1¼ ounces of No. 3s provides good pattern density and power over normal ranges; also an excellent all-around swatter load. 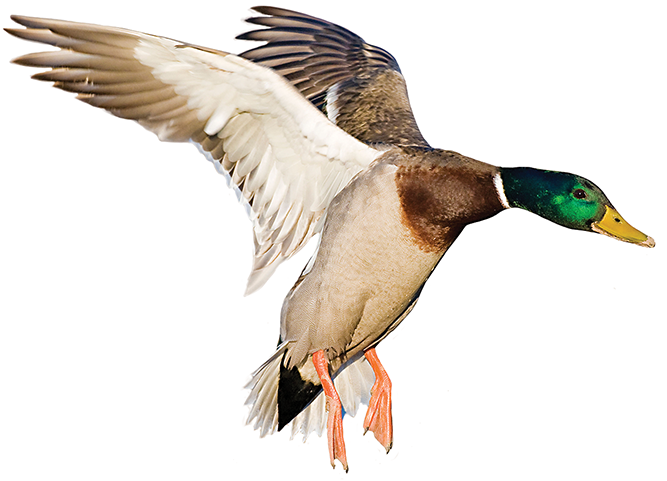 Don’t be tempted to stretch your gun barrel beyond ranges at which you shoot well.

The high velocity delivered by this load increases the effective killing range on large ducks. However, don’t be tempted to stretch your gun barrel beyond ranges at which you shoot well.

These tungsten-steel pellets pack the heavy punch often needed to bag Canadas and tough sea ducks like eiders and scoters. They’re expensive but worth it to ensure clean kills.

Advantages of Using a 20-Gauge for Waterfowl

Nontoxic shot became the law of the land just as I came of age as a waterfowler. How I recall my father’s panic. Alarmed by steel shot’s vast ballistic inefficiency, he and plenty of others formulated a seemingly commonsense plan: If we have to shoot steel, we may as well launch as much downrange as possible. Thus the 12-gauge, 3 ½-inch magnum came into favor.

My, how two decades of innovation have changed matters. Manufacturers reduced the steel payload for 12-gauge loads to 1 ¼- or even 1 ¹⁄₈ ounces, and sped it way up. Pellet count was compromised, but terminal energy went through the roof.

Nowadays, I sense little disadvantage in shooting steel. In fact, I’ll argue that the 20-gauge is once again a perfectly reasonable choice for the duck blind. Your wallet certainly won’t argue. A quick scan of prices at my local sporting goods store revealed boxes of 3-inch, 20-gauge shells retailing for $3 to $5 less than 3-inch, 12-gauge boxes, and about $10 less than the 3 ½-inch, 12-gauge. Shoot a 20-gauge for a season or two, and suddenly your budget might allow for new decoys.

Is the 20-gauge an ideal choice for pass-shooting giant Canadas? Heck no! But on decoying ducks—25- to 30-yard shots and under—it’s deadly. Additionally, with proper pattern testing, this range allows the use of No. 4 shot, boosting the pellet count to numbers that compare or exceed many 12-gauge No. 2 loads.

The 20-gauge’s pellet-density gap is further narrowed by the unique wad designs found in the Blind Side and Black Cloud loads, which stay with the payload far longer than traditional wads. The result is a shorter shot string and a tighter, more consistent pattern—in other words, a much more ballistically efficient shotshell.

This is not to suggest I prefer a 20-gauge for all conditions. However, if you intend to hunt a creek, pond, or slough—and you know your shotgun’s limits—there are plenty of good reasons to break out the 20-gauge.