Whether you’re man or woman, left-handed or right-handed, long-necked, short-armed, or three-legged, the bottom line is that you will shoot... 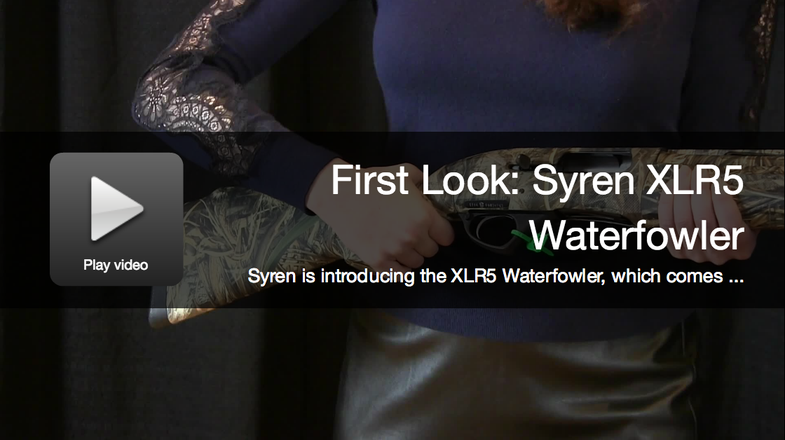 Whether you’re man or woman, left-handed or right-handed, long-necked, short-armed, or three-legged, the bottom line is that you will shoot better with a gun that fits you. Knowing this, the folks at Syren USA, a division of Caesar Guerini and Fabarm, have engineered a line of shotguns to fit a woman’s frame—which they believe takes more than lopping off the end of the stock and painting it a silly color. Syren debuted their Tempio field gun at SHOT Show in 2014, then quickly followed up with a sporting and lightweight version. In 2015, Syren is introducing the XLR5 Waterfowler, which comes in full camo and will shoot all 2 3/4- and 3-inch loads.

At $1,995, the XLR5 is something of an investment piece, but here’s what makes it special: The Monte Carlo comb, shorter length of pull, adjusted cast and pitch, and smaller radius in the grip make it a custom gun for her. It’s gas operated, so it kicks less, and at a little over 7 pounds, its weight is very manageable—even for those of us with spaghetti arms. Wrap them around this shotgun, and I guarantee you’ll be taken seriously in the blind.