I was perusing one of the many art galleries in town (What? I can’t be interested in art? Ok,…I heard... 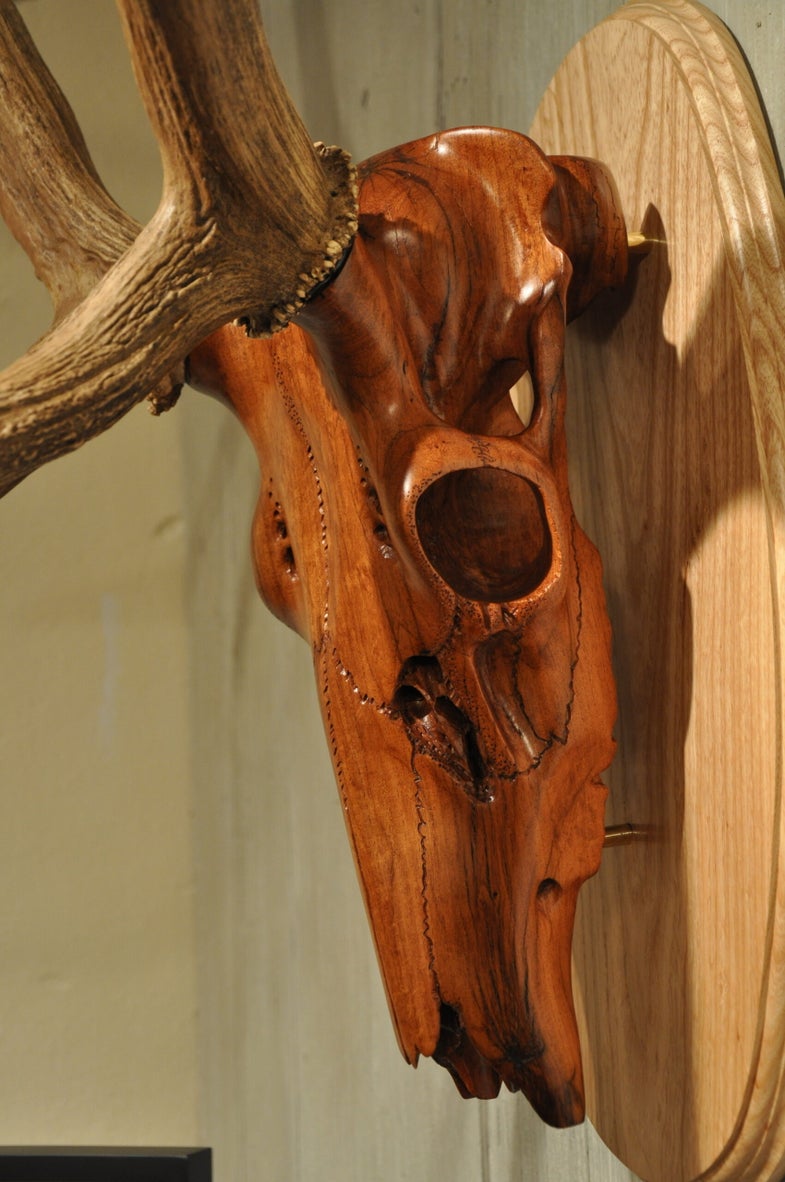 I was perusing one of the many art galleries in town (What? I can’t be interested in art? Ok,…I heard they were having free wine for some opening but I was a day too late) when I came across what appeared to be a European mount of an elk. It wasn’t. It was art. And it was one of the most unique pieces of wildlife art I’ve ever seen.

Artist Barry Bradley’s The Majestic One was born at a garage sale. While looking for tools he noticed an elk mount sitting behind a card table. His thoughts immediately ran to a longhorn skull he had carved a few years earlier and the idea of trying to carve an elk skull popped in his head. After a little on-the-yard negotiating he purchased the mount for $150. By the time he got the mount back to his shop he already knew what piece of wood he would utilize for the carving.

“It was from an old mesquite tree that was knocked down in a tornado in a neighboring town about eight years ago,” Bradley explained. While this story sounds a lot like The Natural with Robert Redford, Bradley insists it’s true.

He estimates it took him about 40 hours of carving and sanding to turn the raw wood into a piece of art listed at sale for $1,950. For a collector, or someone passionate about elk, that seems more than reasonable considering that the work is so detailed that at first glance I thought it was a painted skull rather than carved wood.

In addition to elk and longhorn cattle, Bradley’s other wildlife artistry has included bison, cactus, and dragonflies. Does he ever plan on returning to elk? “Someday I’ll do the reverse and use the original skull and make the elk antlers out of mesquite.”