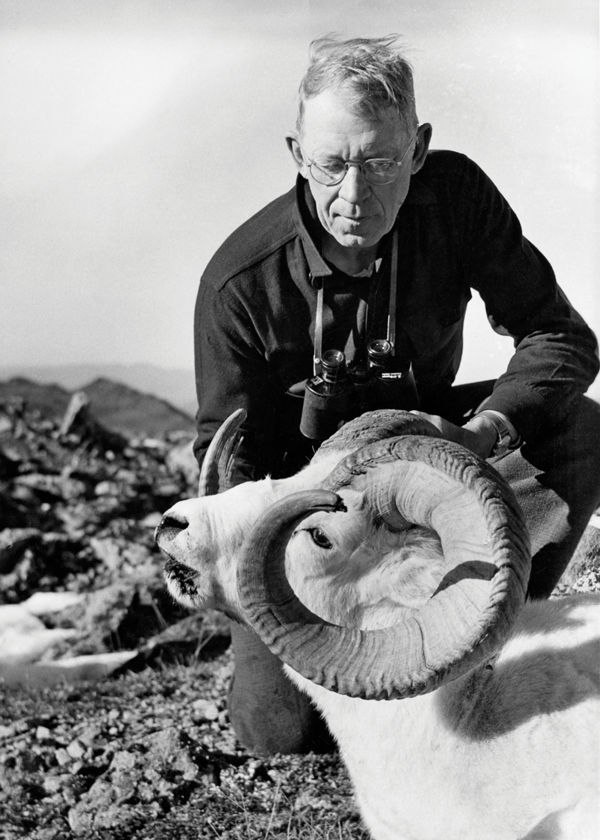 Although Jack O’Connor grew into a legend in his own lifetime, we can assure you he started out as an ordinary freelancer. His first piece for Outdoor Life appeared in May 1934, he became shooting editor in 1941, and he retired to hunting editor in 1972. But one could argue that the most critical year of O’Connor’s life was 1935: the year he became a sheep hunter. The young writer killed a desert bighorn in Sonora, Mexico, and the rest isn’t just history—it’s the stuff of legends.

1. Sheep Sickness
There is no half way. After his first exposure, a man is either a sheep hunter or he isn’t. He either falls under the spell of sheep hunting and sheep country or he won’t be caught dead on another sheep mountain.
—”The Bighorn,” March 1960

2. Earn a Sheep
If I’ve learned one thing in 40 years of seeking the majestic wild ram, it is that hunting him is not a privilege to be taken lightly.
—”Sheep Hunting is an Art,” February 1971

3. Bare Essentials
An outsider who wants to try his luck in sheep country needs either a lot of time or a lot of money.
—”The Art of Sheep Hunting,” September 1954

4. Get Yer Gun
The sheep rifle should above all be portable, handy, and relatively light, as the sheep hunter carries a rifle a lot more than he shoots it.
—”Notes on the Sheep Rifle,” December 1971

5. Magic on the Mount
The wild ram embodies the mystery and magic of the mountains, the rocky canyons, the snowy peaks, the fragrant alpine meadows, the gray slide rock, the icy, dancing rills fed by snowbank and glacier, the sweet, clean air of the high places, and the sense of being alone on the top of the world with the eagles, the marmots, and the wild sheep themselves.
—“The Bighorn,” March 1960

6. Not Your Father’s Quarry
A deer that has been shot at will go around the side of a hill a quarter of a mile away and lie down. A ram will leave the country.
—“The Bighorn,” March 1960

7. Let’s Be Clear
No man can be a first-class sheep hunter until he learns to use binoculars properly.
—“The Art of Sheep Hunting,” September 1954

8. Excuse Us
I got back to the spotting scope just in time to see the rams looking directly at us. Then they got to their feet with dignity, turned, walked over the ridge, and out of this story.
—“A Ram to Begin On,” April 1964

9. Waiting Game
It may be eight or nine hours from the time [a hunter] gets his glass on a trophy ram until he gets a shot—if he gets a shot at all. And all that time he’s in a high pitch of excitement, living a month in each five minutes.
—“How to Stalk a Ram,” October 1962

10. African Aoudad
Then, as often happens when things look most gloomy, we saw a ram.
—“My Strangest Sheep Hunt,” November 1958

12. A Merry Chase
The old bighorn will lead the hunter into the most beautiful country he’s ever seen. He’ll wear him out, give him buck fever, and break his heart; but if the hunter is the type that’s susceptible to sheep fever he’ll never be completely happy hunting anything else.
—”The Bighorn, March 1960

13. Shall I Compare Thee?
He was snow-white, his eyes were amber, and his horns the color of dried lemon peel.
—“The Dall Sheep,” September 1960

14. Lusting Away
Rams, rams everywhere—but try to get a shot. Stalking was impossible, driving exceedingly doubtful. About all we could do was to look at them through the spotting scope and drool.
—”The Last Sheep Hunt,” August 1972

16. Where You Least Expect
All this time my big dream ram was waiting for me in a dinky little range I could see from the Alaska Highway.
—”The Big Ram of Pilot Mountain,“ January 1951

17. Top Shelf
Trophy hunting never hurts sheep herds because the rams with big heads are all the old ones within a year or two of death. … Hunters could take every ram over nine on every sheep mountain in North America without jeopardizing the herds at all.”
—”The Art of Sheep Hunting,” September 1954

18. Eureka
When I found where he’d stopped rolling…I knew how the lads felt who found gold in Klondike Creek, how Jason reacted when he found the golden fleece.
—“The Art of Sheep Hunting,” September 1954

19. Record Books
The mountain sheep keeps his horns as long as he lives, and on them he writes his autobiography. He records his age, his species, his good years and his bad, and his battles.”
—“The Stories Sheep Horns Tell,” February 1974

DID YOU KNOW?
O’Connor shot his first ram—that desert bighorn in Sonora, Mexico—with a 7×57 Mauser with a Lyman 1-A peep sight.