A wildlife photographer captures the violent encounter between a cow elk and a rutting bull, fresh from a fight, in Great Smoky Mountains National Park 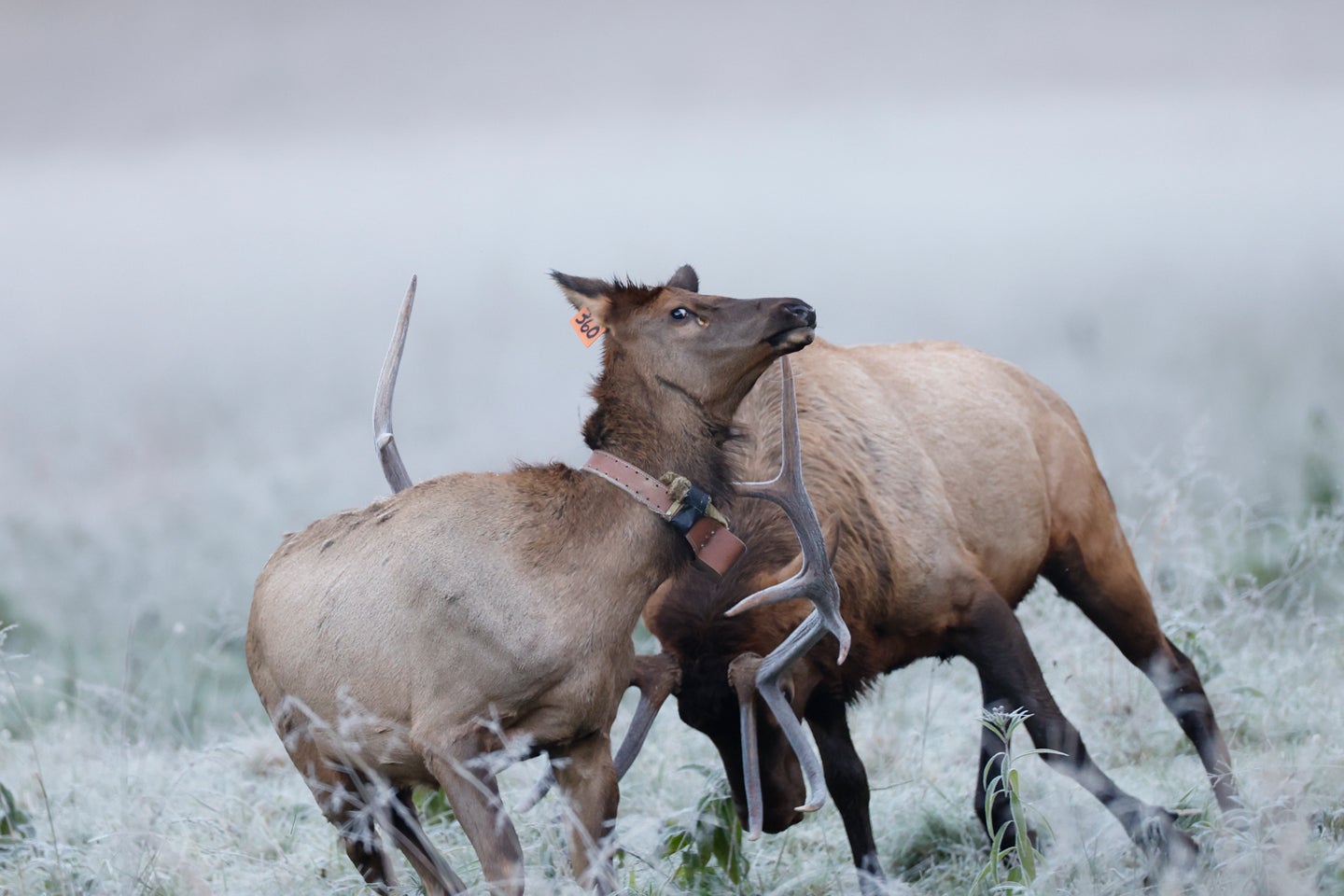 Filled with testosterone and rage after battling another male, the bull elk came at the cow broadside before taking her down to the ground and killing her. Joe Subolefsky
SHARE

What started out as a quiet morning photographing elk suddenly took a violent turn as I witnessed one of the most brutal acts between animals I have ever seen in the field.

I was in North Carolina on October 20 helping with a photography workshop in the Cataloochee Valley. With a day off between workshops, I had an opportunity to shoot with the new Canon R3, which wasn’t on the market yet, and I wanted to see what the camera was capable of photographing. Little did I know I would use it to capture a once-in-a-lifetime encounter.

It was a foggy morning and there was a light frost on the ground. I spent some time focusing on the elk herd in the valley, and I soon discovered three bull elk locking antlers and battling it out.

I had positioned myself with the sun at my back, and I was waiting for good light and some action as I watched and listened to the three bulls battling in the field. The clanking and banging of antlers echoed in the stillness of the morning. Then the fight ended, and the noise settled down. One bull headed toward a group of cows that were approximately 70 yards in front of me. Within that harem was one particular cow that was collared and tagged by the wildlife biologists at Great Smoky Mountains National Park. She was number 360.

The bull attempted to mount Cow 360, but I don’t think she saw him coming, and he startled her. He approached her again from the side and quickly knocked her to the ground. Still filled with testosterone from his recent battle with the other bulls, he then rolled the cow onto her back, exposing her vitals, and he continued to attack her, goring her in the chest with his antlers.

Cow 360 was up in a matter of seconds, but the damage was already done. She took a few wobbly steps and traveled about 15 yards before going down in the grass. The bull had already pivoted and was making a beeline back to the rival male he had been fighting minutes earlier. I watched as the cow tucked her head into her body and appeared to fall asleep, although I suspected she wasn’t going to wake up.

The experience allowed me to witness the raw power of wildlife, and it was a reminder that Mother Nature can be harsh and unforgiving. Staying a safe distance from wild animals is something that I preach and pride myself on as a wildlife photographer, and this event showed just how quickly things can change in the wild. (Keeping a minimum distance from wildlife like elk is also a law in most national parks.) That personal policy allowed me to observe and capture this unbelievable story from a safe distance.