Are Genetically Modified Crops a Threat to Wildlife?

First we had delayed-ripening tomatoes, then nutritionally enhanced canola oil, then Roundup-Ready soybeans and non-allergenic milk. It’s hard to eat... 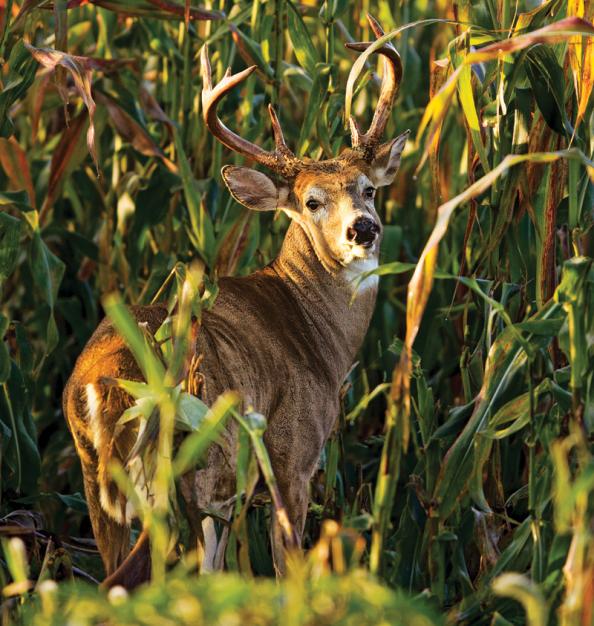 First we had delayed-ripening tomatoes, then nutritionally enhanced canola oil, then Roundup-Ready soybeans and non-allergenic milk.

It’s hard to eat in America without swallowing a genetically modified bite, and with each new test-tube food comes the question: Are these products safe to eat? Researchers and regulators are spending time and money trying to answer that question, but one food group is going virtually unstudied: America’s free-ranging wildlife, specifically whitetail deer.

According to Dr. Peter Raven, professor emeritus at the Missouri Botanical Garden, about 85 percent of all corn and soybeans in America are genetically modified in some manner. These crops make up a significant portion of the diet of most farmland deer, but Raven maintains that if genetically modified crops affected wildlife, then the resulting changes would be evident by now.

“Deer and turkeys eat genetically modified crops all the time,” Raven says. “So far we’ve seen no evidence that changing the DNA of a plant has any effect on wildlife.”

TEST-TUBE FOODS
The process of genetically engineering crops requires the insertion of new DNA into the plant. This is accomplished by using restriction enzymes, which act as DNA scissors, to cut specific sections of DNA from other organisms and then place that genetic information into crop plants with the aid of ligase, which acts as a glue for genetic material. Once the new DNA is spliced into the plant’s existing DNA, the crop will begin creating proteins based upon instructions contained within the new strand of DNA. These modifications allow farmers to grow high-yield crops that are drought- and insect-resistant, fruit that ripens in buyers’ homes, and fish with healthy oils.

The suggestion that fiddling with the genetic blueprint of a plant could harm the wild animals that eat it was the basis for the U.S. Fish & Wildlife Service’s decision to ban GMOs on national wildlife refuges in the Northeast.

Environmental groups claim that genetically engineered crops will alter the ecosystem and that the long-term effects of GM crops are not yet known.

Although Raven believes that genetically modified crops don’t present a clear threat to wildlife, other biologists feel it’s premature to say that there will be no side effects from genetically altered plants.

“Not to be alarmist,” says Dr. Richard Durtsche, a biologist at Northern Kentucky University, “but GM plants can pose a concern for natural ecosystems, especially in the long term, in that there is no way to know what impact they may have on the environment once established. Their modified traits give them a selective advantage, whether it is to prevent weed growth, increase yield, or prevent predation by herbivores.”

Durtsche believes that the effects of genetically engineered crops have yet to be seen, and once these species are established in the habitat, there is no way to effectively control them.

But Raven also points out that for about the last 15 years, a large portion of the world’s human population has eaten genetically modified crops without any confirmed cases of diseases caused by the altered DNA.

“There are literally hundreds of millions of people eating genetically modified crops every day, and there haven’t been any measurable effects on human health.”

Environmental groups remain in sharp opposition to the introduction of genetically modified organisms into wildlife areas, but there currently isn’t concrete statistical data to show that these crops are dangerous to wildlife. Litigation continues, however, and environmental groups are focused on eliminating the planting of genetically engineered crops on National Wildlife Refuges nationwide.