Why an $80 Lifeproof iPhone Case is Worth it for Hunters

A few years ago, I broke the glass on my iPhone. I replaced it myself, only to drop it again... 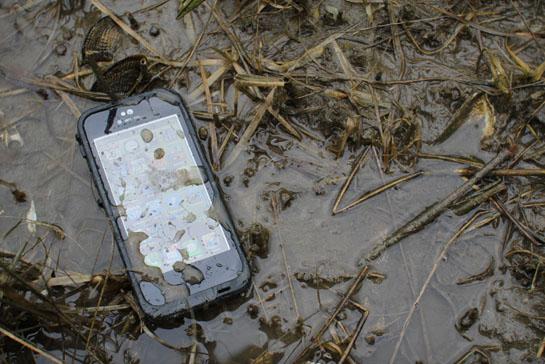 A few years ago, I broke the glass on my iPhone. I replaced it myself, only to drop it again in three inches of slush while out duck hunting. Last fall was especially hard on my phone. I dropped it out of a 25-foot treestand. Twice. The glass didn’t break, but the call quality was never the same.

I’d had this new iPhone 5 exactly two weeks before I bounced it off the sidewalk in New York. It was time, I figured, to get a cell phone case. I decided on LifeProof, because if it can survive an evening of beer drinking with Tyler Freel it’ll probably survive my hunting season.

LifeProof made the world’s first waterproof, shockproof and dustproof case for the iPhone 4. They redesigned the case from the ground up for the iPhone 5, making it slimmer and lighter despite its longer dimensions, and louder, with a redesigned speaker port.

It’s waterproof up to six feet. There are videos online of people using their phones as video cameras while snorkeling. The case is shock tested to mil spec — it’s built to survive a two-meter drop. Mine earned its price tag fast when it recently sailed out of my hand and into the salt marsh, as you can see in the photo.

Eighty dollars is a lot of money for a phone case. But it’s a whole lot cheaper than monthly insurance, or having to replace the phone outright. In the last few weeks Lifeproof released a slew of accessories, too. I’ve tried the armband when out running, with the phone logging my route and performance via GPS. Like the Lifeproof case itself, the accessories are warzone-tough. They even make a floatable life jacket, which just might come in handy next duck season.