Brooklyn Park officers busted a band of pigeon eating poachers in Prospect Park last week. According to The Brooklyn Paper,... 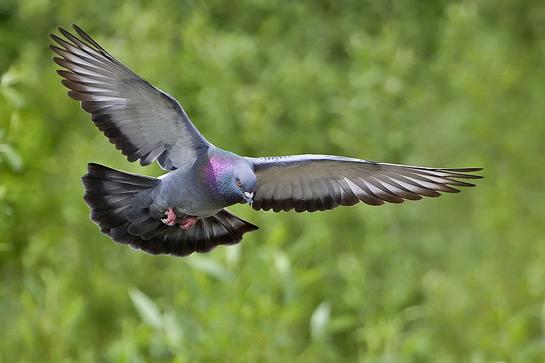 Brooklyn Park officers busted a band of pigeon eating poachers in Prospect Park last week. According to The Brooklyn Paper, a tribe of vagrants had been catching park animals only to grill them over an open fire – sometimes in front of park goers.

It is unclear how many individuals were involved in the park poaching clan but four tickets — two for killing wildlife and two for illegal fishing — totaling $2,100 in fines were issued on July 17 and 18 by park officers. It is believed that the vagrant poachers have caught and eaten fish, pigeons, ducks and squirrels from the park. The group is also being blamed for a number of geese and cygnets that were injured by baited fish hooks. One recovered goose, nicknamed “Beaky” by park goers, was missing the top half of his beak.

I’ve got mixed feelings on this incident. While I certainly don’t advocate poaching or wildlife violations, I admire that these supposedly homeless people were fending for themselves rather than standing on the corner begging. On the other hand, they did injure quite a few birds in the process. And rather than ticketing these people, park officers should have paid these guys for working to control the nasty pigeon population.

What do you think OL readers? Is eating pigeons in a public park a bad thing? What sort of punishment do you think these poachers should receive?