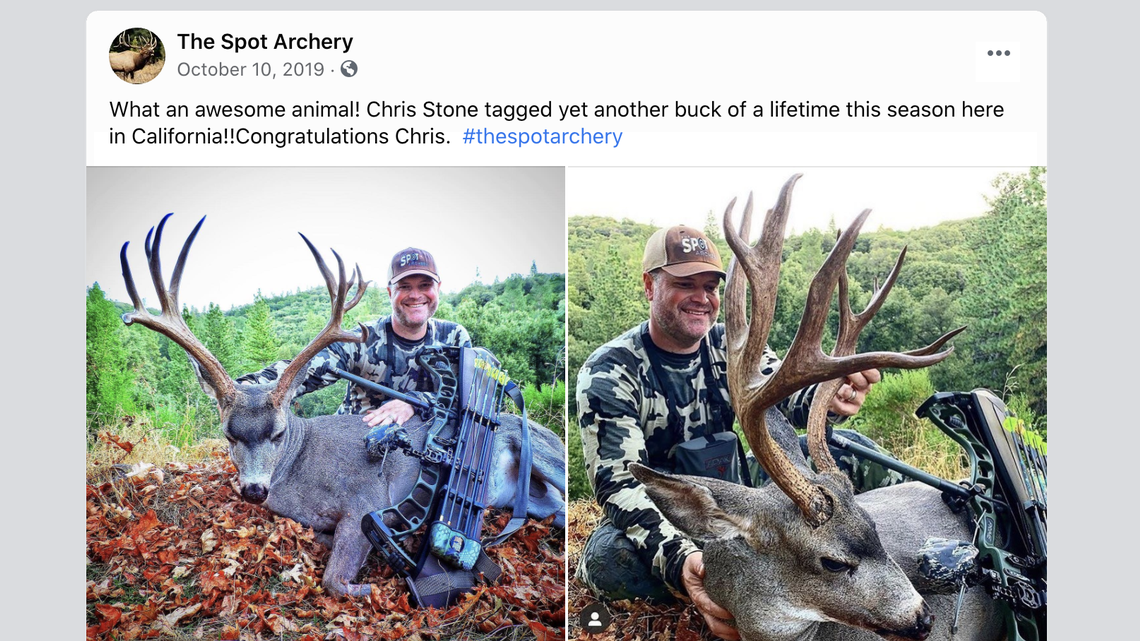 Decades ago game wardens primarily used tips from sources, shoe leather, and binoculars to pinch poachers. Today’s officers use the same methods, along with keeping eyes on television shows, social media accounts and website chatter for anything that seems amiss. A recent story by the Sacramento Bee shows how game wardens with the California Department of Game and Fish used advanced tactics, like tracking devices and airplane surveillance, along with social media to nab two poachers back in 2019.

After an extensive investigation that began in August 2019 due to posts on Facebook, YouTube, and Instagram, Joe Frater and Chris Stone were cited for multiple violations, including hunting with the aid of bait, trespassing, failing to report kills, and other poaching related violations. Frater is a corrections officer at a local prison and Stone is an investigator for the Amador County district attorney, according to the Sacramento Bee. Both seemed to be rising stars on social media in the hunting world for the big bucks they were taking.

Game warden David Moskat was suspicious that the two were using bait to lure bucks and possibly committing other violations. Moskat began scouring social media posts and found that in 2013 on a YouTube video, Stone was posing with a buck that he did not immediately tag as per California regulations. Some hunters take photos first before tagging, others immediately tag and then say cheese. Moskat was skeptical.

Frater and Stone faced up to a year in jail and up to $40,000 in fines due to special enhancements added for poaching trophy deer. They reached plea agreements for no jail time and fines far less than what could have been imposed for such poaching violations. Their attorneys claim the case was not strong enough and, therefore, the reason prosecutors did not pursue the special enhancement aspect.

“My client and I are both disappointed that significant and precious law enforcement resources were expended on what the California Attorney General’s Office obviously deemed was an overblown investigation based upon the limited code violations which were ultimately charged,” Frater’s attorney, Candice Fields, told The Bee in an email.

“If violent crime investigations receive less funding than did this investigation, the public really should be left wondering about the prioritization of how their tax dollars are spent.”

Alternately, a former federal wildlife officer, Michael Sutton, told the newspaper that “judges, courts never take wildlife cases as seriously as drug offenses or violent crimes — they just don’t. There’s a big need to educate both prosecutors and judges about the serious nature of these offenses.” Sutton is the past president of the California Fish and Game Commission, which sets the state’s laws for hunting and fishing.