Another sign of the forthcoming animal apocalypse has reared its ugly head. Or rather thousands of heads. Last month we... 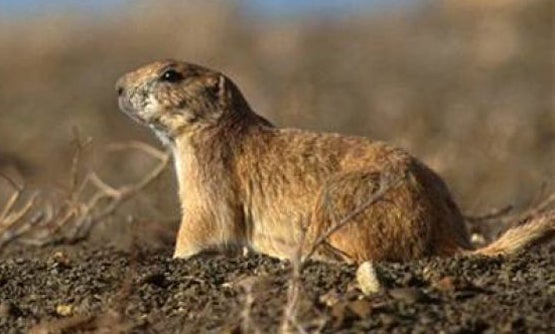 Another sign of the forthcoming animal apocalypse has reared its ugly head. Or rather thousands of heads. Last month we ran a blog about all the weird creatures slowly infesting our woods, rivers, and seas. Today comes news that the southern Utah town of Parowan has been overrun with what many are calling a plague of prairie dogs.

The problem actually began back in 1973 when there were barely any prairie dogs left in Utah. Because of this the little burrowers were placed on the endangered species list. Eleven years later, the numbers of prairie dogs had increased enough that the pups’ status was changed to “threatened.” More than a quarter century later however there are so many prairie dogs running around – or running under rather – Parowan that life has become dangerous.

The dogs have left playgrounds pocked with holes, home and building foundations in ruin, cemeteries with collapsed tombstones, and the local airport so dug up that it no longer meets FAA standards. The situation is so bad that Sen. Orrin Hatch (R-Utah) visited the town to see the damage firsthand. He told Salt Lake City’s KSTU-TV what he saw is a sacrilege, “I think it’s a disaster that we can’t take care of those prairie dogs,” Hatch said, referring to the fact that the critters can’t be harmed because they still hold “threatened” status. I think, as I’m sure most of Parowan agrees, that it’s time take the prairie dog off the list and into the middle of a nice long hunting season.