Big-game hunter and “Winchester Deadly Passion” host Melissa Bachman has found herself the target of a merciless onslaught of negative... 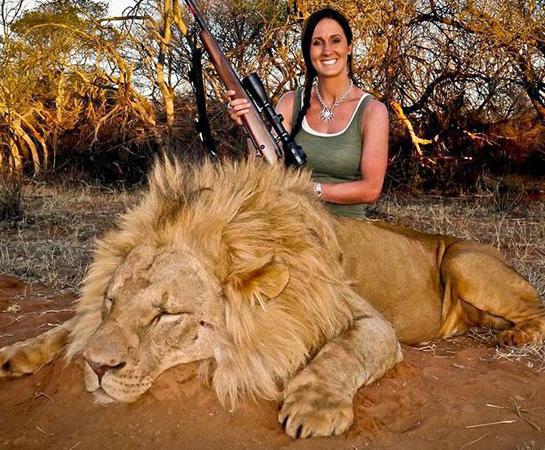 Big-game hunter and “Winchester Deadly Passion” host Melissa Bachman has found herself the target of a merciless onslaught of negative comments by non-hunters for doing something perfectly legal.

Bachman’s trouble began when she posted a picture of herself with an African lion on her webpage and Facebook page. She wrote of the trophy pic, “An incredible day hunting in South Africa! Stalked inside 60-yards on this beautiful male lion. What a hunt!”

This picture soon went viral and caught the attention of Cape Town resident Elan Burman. Ms. Burman found Bachman’s hunt sickening and started a petition at change.org demanding that the South African government ban Bachman from ever stepping foot in the country again.

Burman’s petition reads in part: “She [Melissa Bachman] is an absolute contradiction to the culture of conservation, this country prides itself on. As tax payers we demand she no longer be granted access to this country and its natural resources.”

As of Saturday morning more than 15,000 people had signed the petition. This is misguided to say the least, as it is extremely doubtful that South Africa would ban Bachman from returning to the country as she did nothing illegal. Hunting lion in South Africa is legal.

Although Bachman has yet to respond to her critics, the place where he took the lion has. The Maroi Conservancy defended the hunt on its Facebook page stating: “We are not apologizing for facilitating the hunt. If you are not a game farmer and struggling with dying starving animals, poaching and no fences in place to protect your animals and crop, please refrain from making negative derogatory[sic] comments.”

Again, it should be noted that Bachman did absolutely nothing illegal in taking a lion in South Africa.