The Bipartisan Sportsmen’s Act of 2014 is dead. That’s no longer news. Pages and pages have been written about why... 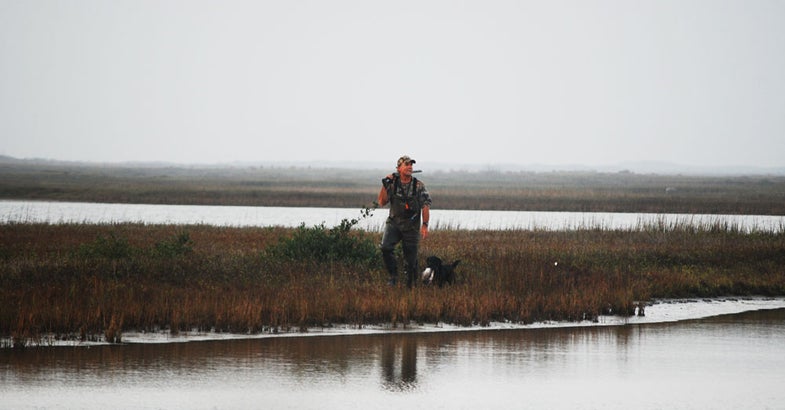 The Bipartisan Sportsmen’s Act of 2014 is dead. That’s no longer news.

Pages and pages have been written about why it died. People assign blame based on their own political leanings. For Republicans, you can point amendments related to gun control and liberal outrage over expanding hunting and shooting opportunities on public lands. For Democrats, you can point to the short-sighted attempts to eliminate the authority of the Environmental Protection Agency to actually protect the Environment.

The blame game is easy to play. I admit I went into researching this looking for that one shining moment of idiocy that we could lay on the alter and sacrifice so hunters and anglers could get the closure we deserve since we can’t claim a victory in a congress that, as my friend and former Wyoming State Legislator Budd Betts once said “isn’t polarized, it’s paralyzed.”

But the truth is this: We all bear the burden of this bill’s failure. The provisions in this bill weren’t groundbreaking or controversial except for a few fringe groups who breathlessly whispered falsehoods that the act would take away your guns or take away your right to engage in land use planning. No, these provisions were all widely supported by reasonable people on both sides of the political spectrum.

These programs that were in the bill have never been controversial before. Time-tested and established programs like the North American Wetlands Act and the Federal Land Transfer Facilitation Act have been used to incredible ends to help ensure that America continues it’s love affair with lots and lots of ducks and geese as well as ensuring our checkerboard public lands become more manageable.

NOT ALL WORK WAS BAD

I won’t go into the details of the bill, since we’ve covered it extensively here at Open Country. I do, however, think it’s important to recognize the people and Senators who worked their tails off to make this happen:

Senators Kay Hagan (D-North Carolina) and Lisa Murkowski (R-Alaska) did something that few political observer thought possible: They brought the senate together for a brief, glorious moment. They put together a team of conservation organizations, environmental groups, gun rights advocates, outdoor industry giants and secured almost half of the Senate as co-sponsors to their bill. That’s politics 101 folks: Draft a bill that a lot of folks can support and then push it forward. It’s how our system was designed to work. But it didn’t work this time.

“I worked with Senator Murkowski to craft a package of bills that would garner strong support within the Senate in addition to a wide range of stakeholders, and the fact that this bill is cosponsored by 44 other Senators from both parties speaks to the overwhelming support for the policies in the Bipartisan Sportsmen’s Act of 2014,” Hagen said. “I believe the Senate should have considered sportsmen-related amendments, including those dealing with gun issues important to sportsmen and women, and I am disappointed that politics prevented us from reaching an agreement. However, I will continue working with Senator Murkowski and my colleagues to find a path forward so that this bill that benefits hunters, anglersand outdoor enthusiasts in North Carolina and across the nation doesn’t fall victim to political posturing.”

THE ADD-ONS DID IT IN

After an 82-12 vote to move forward with the bill in early July, I thought the signals were there for an easy victory. How wrong I was.

The fringes on both sides had already decided it was better to make some hay on the bill and try to raise money by creating controversy where none existed. That’s the kind of political stupidity we all have come to expect.

But the real dagger through the heart though was when sponsors started saying “unless we get amendments, we’re pulling back.”

John Barasso, (R-Wyoming) wanted an amendment that would have disallowed the EPA from issuing a rule that would reduce carbon pollution. Senator Blumenthal (D-Connecticut) had an amendment relative to background checks that he wanted to add. Neither of these amendments were germane to the bill and while they weren’t the only ones, they are the most glaring ones to pick on. Those amendments, and a crush of others, were the tipping point that leadership simply couldn’t counter, even with the heavy hand of the Senate’s Majority and Minority Floor Leaders trying to guide their own members away from the iceberg everyone saw coming.

Election year fever and the desire to be seen as a warrior for whatever cause du jour is out there, accompanied with the partisan paralysis that grips Washington D.C. meant that the bill became less and less about conservation of wildlife and securing access to landlocked public land. It became more about elected officials desperate to be seen as “doing something” that would advance their side’s agenda in what is now an all-out political war. But it’s a war that’s more reminiscent of Blazing Saddles than The Longest Day. It’s a war that’s bungled on a daily basis and the casualties are the folks who work their butts off to pull Americans together for a common cause: conservation.

WHO HOLDS THE BLAME?

That really is the question, isn’t it? And the answer may not sit will with all. But we are all to blame.

Congress is a reflection of the United States. We sent these people to Washington D.C. in order to fight the other side. We expect bloodshed in the political arena and these portly gladiators, these wobbly warriors think that the louder the applause, the better the job they’re doing.

If the hunters and anglers of America continue to put party ahead of our public wildlife and public lands, then we deserve the fallout. We deserve to lose all we’ve fought for in the last 100 years. If hunters and anglers can’t stand up to the tyranny of the extremists and simply vote for our own interests, then we have no right to complain about anything. This nation was founded on the ability to compromise on policy while sticking to core beliefs. The 41 members of Congress who supported the bills seem to get that.

If we want change in Washington, then change must come at home. Voting for candidates who actually support wildlife conservation and the necessary programs that ensure banner duck years, booner bulls and ample public land to hunt are the only way we win this fight. The best litmus test for your local candidate is their voting record on the bill.

Your Senators are coming home for August recess in a few days. Some will likely get in line for photo ops wearing upland coats with the tags still attached and toting fishing rods that they know not how to use.

These media opportunities are also your opportunity to ask but one simple question: How did you vote on the Sportsmen’s Act of 2014?