Tell the Senate to Pass the Sportsmen’s Act – NOW!

If you do one thing today or tomorrow – call or email one of the U.S. Senators listed below. Tell... 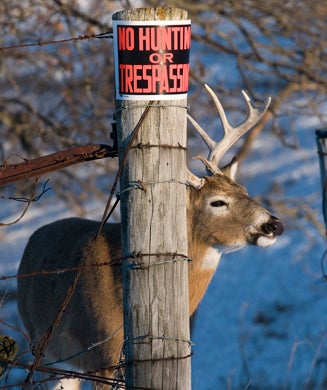 If you do one thing today or tomorrow – call or email one of the U.S. Senators listed below. Tell them you support passage of the Sportsmen’s Act of 2012. Tell them that if they don’t vote for it, you consider them anti-hunters.

If we have any hope of turning the tide on this bill, probably the most important piece of hunting and fishing legislation of our generation, we can’t wait. You must call now. We’ve covered the contents of the Sportsman’s Act in the links below, but to refresh you, here’s why it matters:

– It earmarks a percentage of offshore oil and gas drilling revenue to purchase access to currently inaccessible public land. This provision alone will give America’s hunters and anglers access to up to 35 million acres of land that is already public, but that we can’t get to.

– It channels more of the excise-tax funds that we currently pay on guns and ammo to public shooting ranges across the U.S. We’re a nation of shooters, but many of us don’t have a place to shoot safely or responsibly.

– It brings the federal Duck Stamp into the modern age, allowing the U.S. Fish & Wildlife Service to sell them electronically and bumping the price from $10 to $25 to fund critical wetland and duck habitat.

As we noted earlier today, the act, sponsored by Montana Sen. Jon Tester and supported overwhelmingly by both parties, was killed yesterday on a procedural vote by senators who had previously supported the bill.

Those senators who voted no are listed below. There is time to revive this bill, but it must be done by tomorrow. A one-sentence email demanding their support is all you need to deliver. Or you can cut and paste this message. Just act. It’s time America’s sportsmen woke up, let these politicians know that we are watching, and to bring to a vote the most important conservation bill of our time.

Contact your senators – no mater how they voted – and tell them to support this act. But do it NOW!