“We support sportsmen and conservation.” That was what representatives from the presumptive presidential nominees impressed upon a room of outdoor... 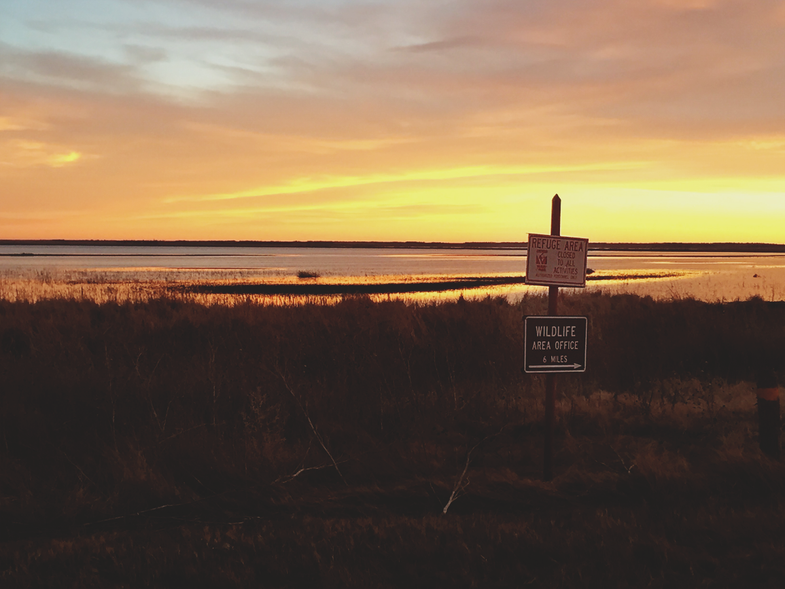 “We support sportsmen and conservation.”

That was what representatives from the presumptive presidential nominees impressed upon a room of outdoor writers and sportsmen at a meeting last week in Fort Collins, Colorado. The Theodore Roosevelt Conservation Partnership hosted the two-day media summit with the feature being presentations from surrogates for the campaigns of Donald Trump and Hilary Clinton.

The representatives each outlined why their candidate would be the best option for sportsmen, and though there were some similar planks on the platform, the nuances and details of their positions varied widely. Both speakers acknowledged that neither candidate is an actual hunter, but both emphasized that the candidates recognize the importance of sportsmen’s issues and that they will hold sway on decisions that will be made on these issues. 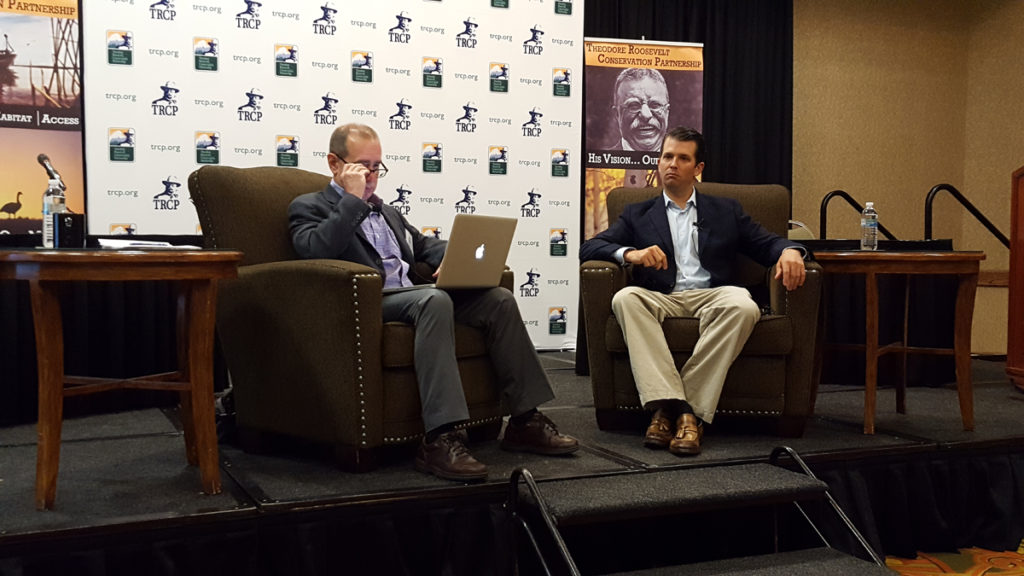 Representing the Donald J. Trump for President campaign was his son, Donald Trump Jr., who has hunted and fished his entire life. Trump Jr. is a board member for the Boone and Crockett Club, and a life member of the NRA and Backcountry Hunters and Angler. He is outspoken in his support of sportsmen’s issues and has a strong conservation ethic—and he says he will have the ear of his father on these issues.

“For us, it’s a real issue. Preservation of habitat, conservation of species, the ability to access these lands, the Second Amendment… those issues are the big sportsmen issues,” noted Trump, Jr. “Hunting and fishing is my lifestyle, it’s how I choose to live my life and it’s how my brother chooses to live his life, and it’s how we are going to raise our families. To me these issues are as important as many other things that people probably view of much greater importance, and I will be a loud voice in my father’s ear on all of these issues.” 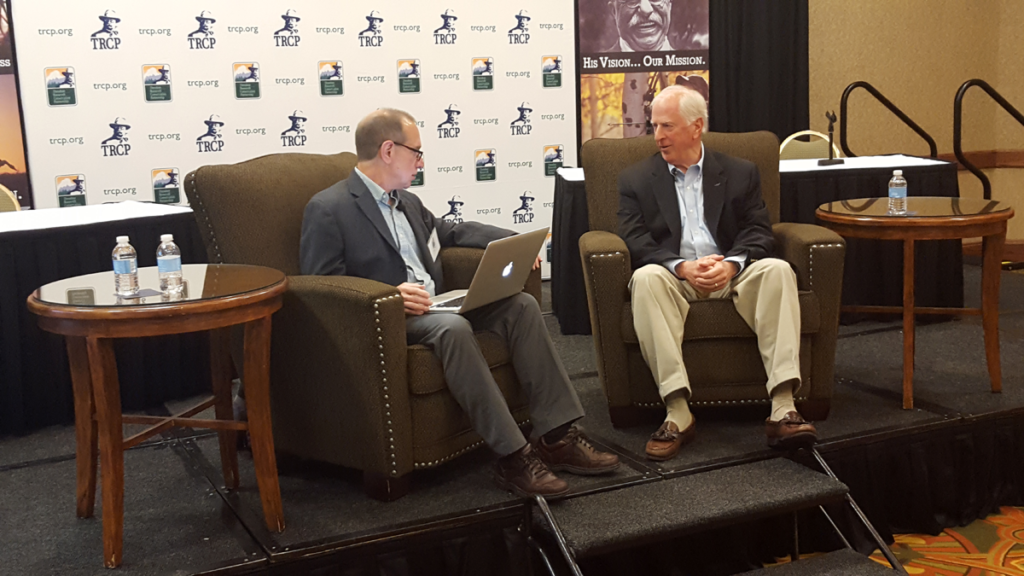 Congressman Mike Thompson, a Vietnam veteran who received the Purple Heart and is a lifelong sportsman, represented the Hillary for America campaign. Thompson has served in the U.S. House of Representatives since 1998, and is a member and former co-chair of the Congressional Sportsmen’s Caucus. Thompson said that sportsmen have clearly been involved in helping the candidate develop her white papers on public lands issues. He also anticipates that he will be a bridge on these issues and that Clinton will listen to him.

“I think the fact that she asked me to come and meet with you is an indication that she cares what the hook and bullet community wants and needs,” Thompson said. “She will listen to sportsmen and women and I anticipate that I will have an ear in the White House and I’ll be a good bridge. I know the folks who you all represent, I’ve worked with you and I’ve worked with these organizations, I’ve lived this life my entire life. She’ll know what’s going on, she gets it and she will be operational to our advantage.” 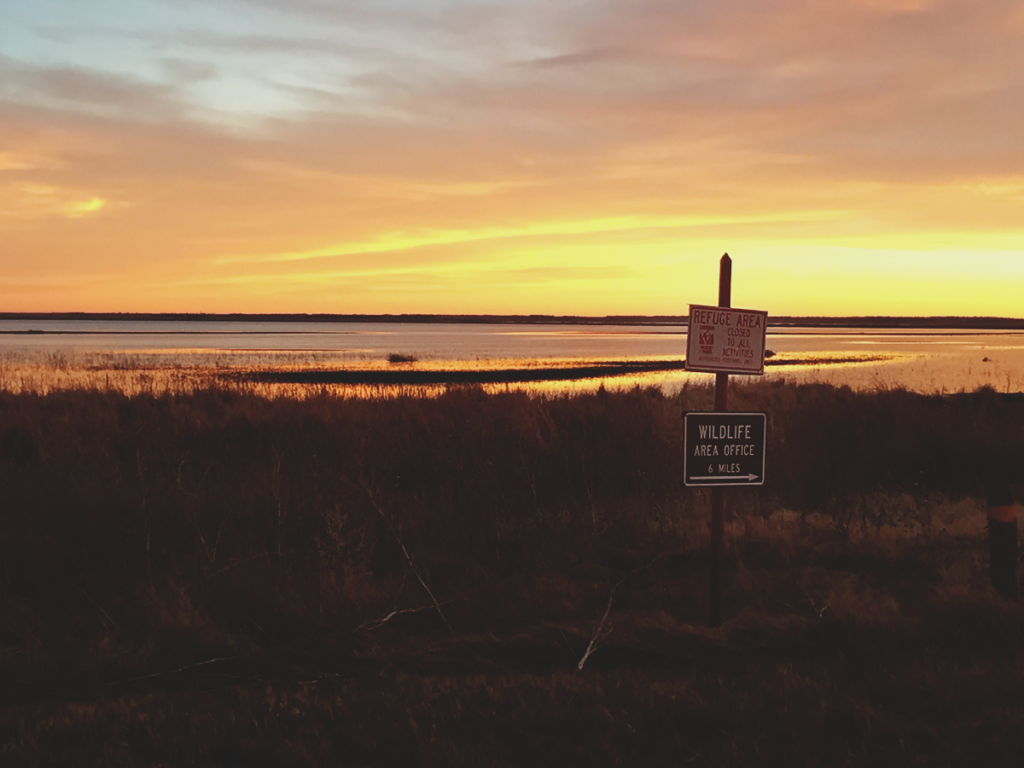 Sportsmen and women stand to lose huge swaths of public hunting and fishing lands with the transfer of federally owned lands.

Public Lands
Both campaigns said that their candidate supports keeping federal public lands public and oppose selling them off or transferring them to the states. This position is one where Trump has “broken from the traditional conservative dogma,” according to his son. Each speaker recognized the importance of these lands for sportsmen’s access, and Rep. Thompson also noted that they are critical for clean air, clean water, and the economy. Trump Jr. was clear that these lands must stay in federal hands and must continue to maintain access, but he also noted that states should have more say in their management. Thompson also agreed that incorporating local input in federal land management decisions is critical.

Each speaker also said their candidate supports funding for the Land and Water Conservation Fund that funds additional land acquisition, as well as funding for other conservation needs. Trump Jr. generally stated his father’s support of the program, referring back to his recognition that access is paramount for sportsmen, and said that funding should be maintained, if not increased. He also acknowledged efforts to secure additional funding for fish and wildlife conservation and lauded a recent effort to engage business, industry, and conservation interests to seek solutions for increased wildlife funding. Secretary Clinton’s papers outline her plan to create an American Parks Trust Fund that would replace and expand the scope of LWCF, allowing the funds to be used not just for land acquisition, parks, and recreation, but also for infrastructure maintenance, wildlife habitat protection, and more. According to Rep. Thompson, this also includes “doubling down” on sportsmen’s access by expanding public access to at least 2 million of the 4 million acres of federal lands that are currently inaccessible because they are landlocked by private lands. 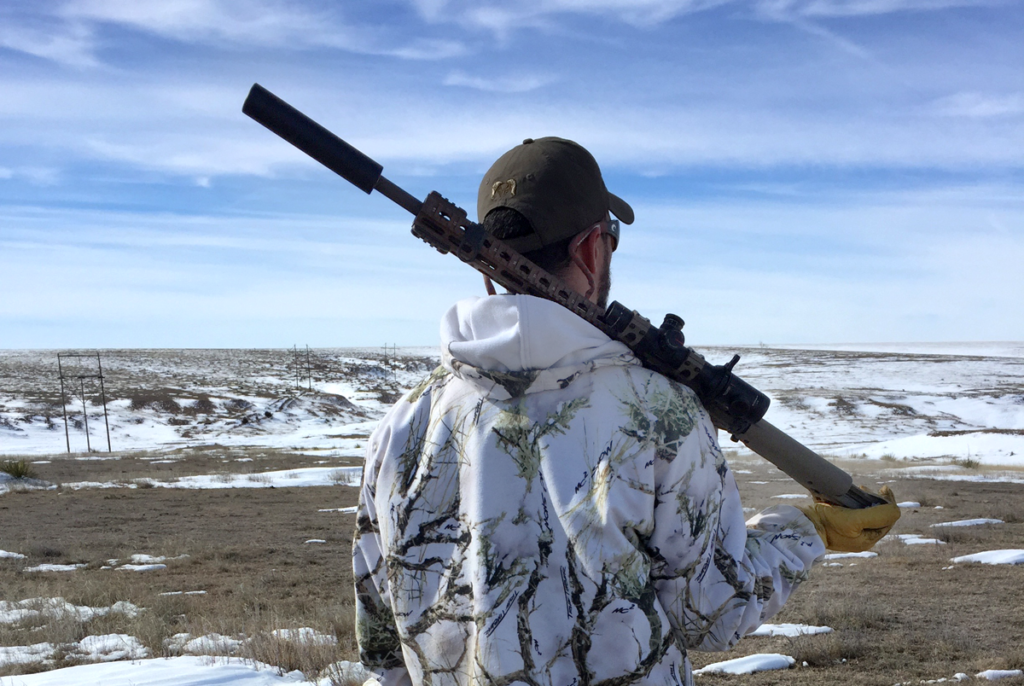 Second Amendment
Where the campaigns most clearly diverge is on the Second Amendment. Rep. Thompson says that Clinton “supports the Second Amendment and a person’s right to own firearms but she is outspoken in reducing gun violence.” The congressman has used his experience as a gun owner to chair a gun violence prevention task force in the House. He took part in the recent House Democrats sit-in seeking to get a vote on two pieces of gun control legislation: the terror gap or “no fly, no buy” bill that would bar individuals who can’t fly on an airplane for being flagged as a terrorist threat from purchasing a firearm; and requiring a background check for sales from individuals, online, or at a gun show. However, Clinton goes further, by seeking to reinstate the “assault weapons” ban, though Thompson does not support that.

“With more than 10 million of them in civilian hands you’re not getting that toothpaste back in the tube. Personally I don’t think the juice is worth the squeeze. I would rather just say if you pass a background check you can buy a gun, not withstanding the type of gun,” he commented. “As a responsible gun owner, I think we have the responsibility to address this and if we try to polarize the country on this issue, we are going to lose in the end. There are far more people in the United State that aren’t gun owners than are gun owners. More and more people are concerned that we’re not taking steps to address gun violence prevention. We need to have sensible gun laws and if we don’t, it’s going to hurt us in the end.”

Trump has clearly established his strong support for gun ownership. Trump, Jr. countered that the terrorist watch list includes almost a million people who may not belong on the list for one reason or another, including that their name matches a known terrorist’s. He said that everyone agrees that no terrorist should be able to easily and legally buy a gun, but that there is no due process to get off the watch list.

“The only people who the Left’s policies on gun rights would affect are those people who are actually willing to abide by the laws put into place – that doesn’t make sense,” Trump, Jr. said. “The Second Amendment isn’t some sort of afterthought, hundreds of years after the Constitution, this is the second thought after freedom of religion and speech that our founding fathers thought. To me the fact that there’s even a notion that ‘shall not be infringed’ is not clear is ludicrous.” 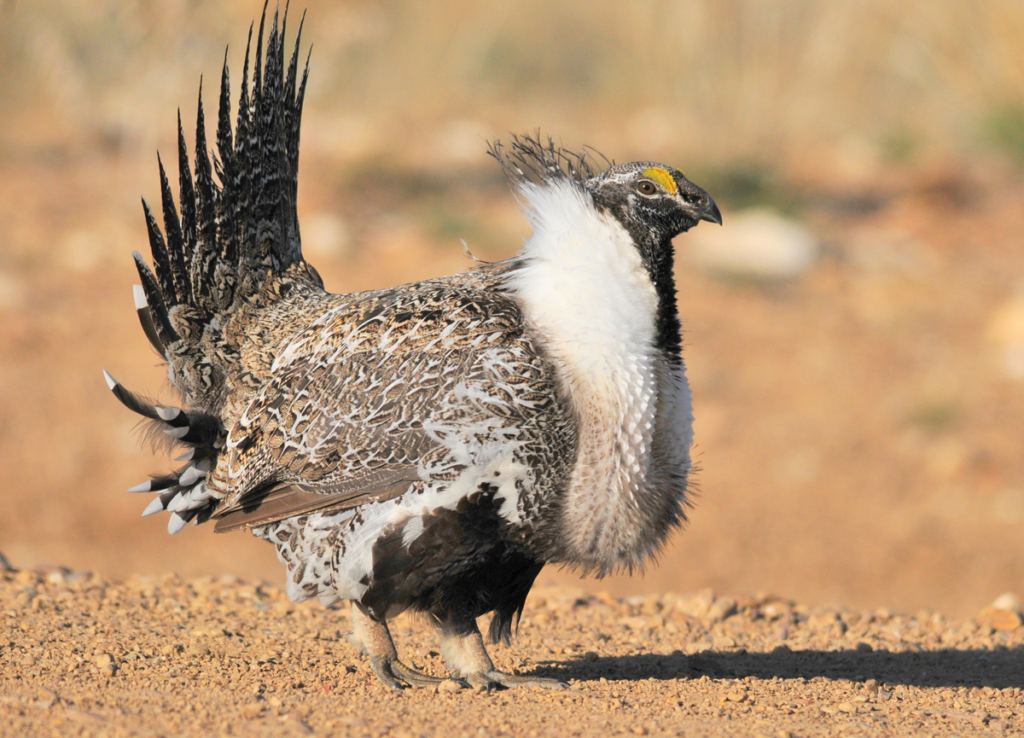 Wetlands and Endangered Species Conservation
When asked about the controversial protections the current administration has given to wetlands through the Clean Water Act, the candidate positions diverged. Secretary Clinton has expressed her strong support for these protections and her intention to veto any efforts to overturn them. Thompson stated that they would provide grants and technical assistance to help protect small farmers and ranchers but also to protect resources. He also noted that “water is the lifeblood of this country” and that Clinton has been very specific about her positions on water issues including groundwater recharge, water conservation and drought resilience. However, Trump Jr. emphasized that while they believe strongly in clean water, they also believe that the Act has been used to block economic activities and that there “needs to be a level of common sense instilled on some of these issues.”

Regarding species conservation, both speakers applauded the collaborative conservation efforts that culminated last fall in keeping the sage grouse off the Endangered Species Act. Each cited the importance of landowner engagement and cooperation between local, state and federal agencies. However, the Trump campaign suggested the Act has been used as a “Trojan Horse” to backend other agendas that don’t necessarily relate to the species in question. 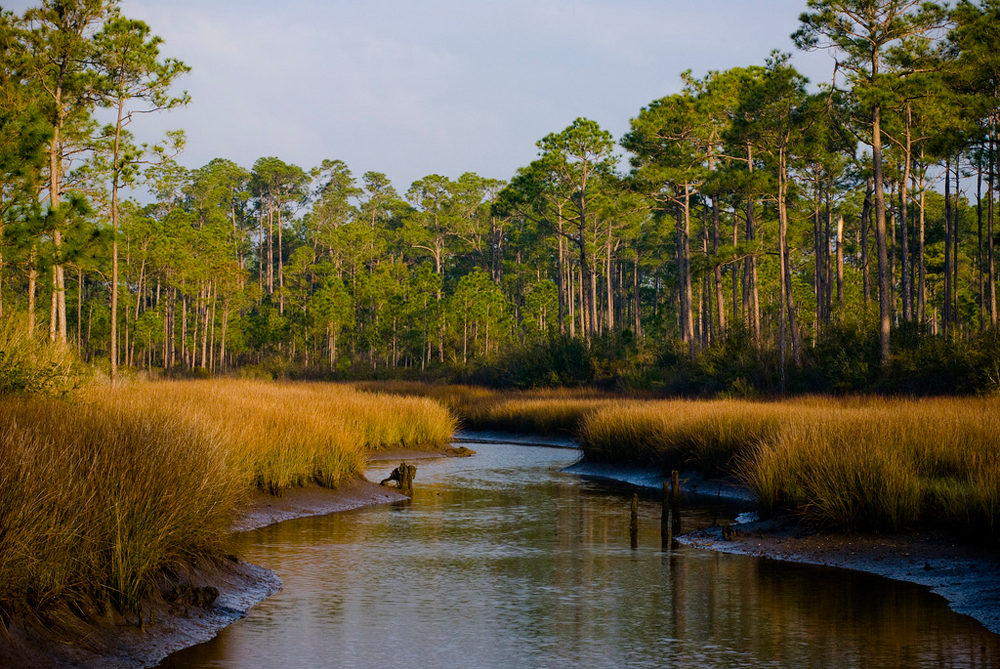 As sea level rises, coastal shorelines like this one in the Grand Bay National Wildlife Refuge will retreat, and salinity is likely to increase in tidal rivers.

Climate Change
The representatives were asked if their candidate believes that climate change is a threat to fish and wildlife. Each recognized that there are changing weather patterns and that we need to conserve habitat to help species adapt. However they differed on whether the science confirms that these changes are caused by human activity or not.

Trump Jr. said that we cannot make regulatory policies that would put us at odds with the rest of the world and affect the economy. He noted that government rules and regulations can create so many hurdles that we can’t be competitive, causing businesses to move overseas because it’s cheaper to operate where there are fewer regulations. Under a Trump presidency, Trump Jr. sees the potential of taking steps for carbon mitigation, but believes that the rest of the world needs to “play ball” on implementing those measures as well.

Thompson said that Clinton believes in the science about climate change and considers it a threat to fish and wildlife conservation. As a former Secretary of State, she also understands the “geopolitical threat of climate change”—that a rise in ocean levels could displace populations and lead to war. He stated that she is committed to doing what is necessary to get a handle on the impacts of climate change and her energy policies emphasize renewable energy development and maintaining regulations that maintain clean air and water and protect habitat.