Idaho Land Sales: A Prediction of the Future? For months now, the debate over whether states should be given ownership... 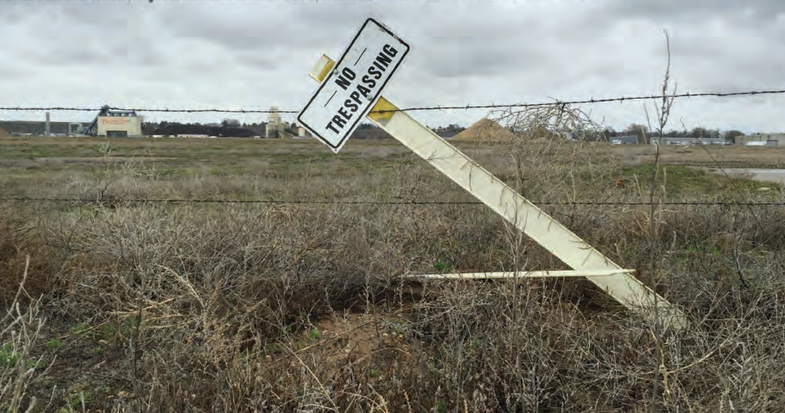 Idaho Land Sales: A Prediction of the Future?

For months now, the debate over whether states should be given ownership of Federally-owned lands has raged. Proponents of the move say the Federal government is incapable of properly managing the land and claim the ground should be returned to state control and that doing so would mean only improved management and not a public lockout.

Opponents say that doing so would almost certainly mean a net loss in access by the public.

So which side is telling a closer version of the truth?

Perhaps we can look to Idaho for historical insight.

The Wilderness Society recently filed a public records request for an analysis of the Idaho Department of Lands. What they found is interesting indeed.

Since 2000, the state of Idaho has sold more than 100,000 acres of publicly-owned land. The buyers? Timber companies, cattle ranchers, lakeside homeowners and privately-owned fishing clubs along the banks of prime trout waters.

That 100,000-plus acres is part of more than 1.7 million acres of public land the state has sold of the roughly 4.25 million acres Idaho received at statehood. That’s a sell-through rate of roughly 41 percent.

“History is clear on what will happen if our national public lands are given to the state,” Brad Brooks, The Wilderness Society’s Boise-based deputy regional director told the Idaho Statemen. “They’re almost certain to end up in hands that will lock the public out.”

You can read the full Wilderness Society Report here.

Montana Outfitter Map: On or Off?

Montana is a hunter’s paradise.

That might be the only statement that could cause agreement among those upset over a recent map of land in Montana that shows nearly 19 million acres of private land being used by outfitters.

“It’s not even close to accurate,” Joe Perry, a member of the state’s Private Land/Public Wildlife Council, told the Montana Standard. “Who know how many acres we’ve got?”

The purpose of the map is pretty simple: To illustrate how much of Montana’s private lands are being used for commercial hunting operations.

The problem is that the accuracy of the document is in question. 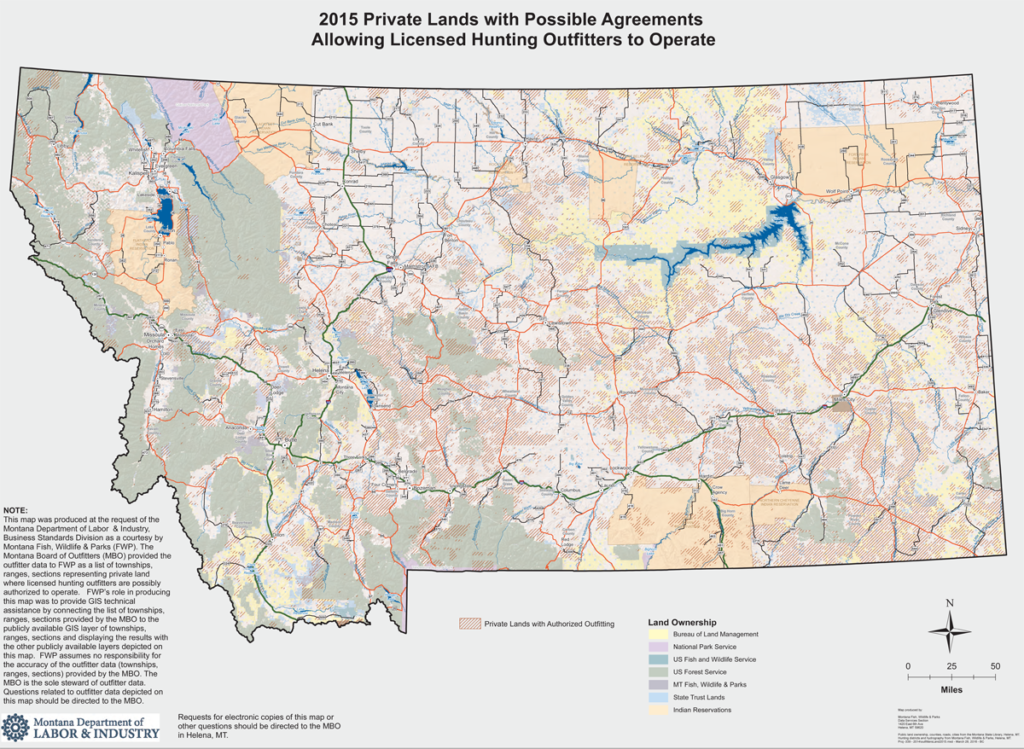 Why is there even a map to begin with? In 2013, Montana Gov. Steve Bullock amended a bill originally written to reduce the amount of paperwork required by outfitters – but it also made reporting of leased outfitting acreage to be voluntary. Bullock’s amendment maintained the mandatory reporting and required public access to the data.

In 2000, the issue of reporting leased acreage by outfitters was the focus of a legislative audit which cited concern that outfitting in Montana had grown so large that it was having a negative impact on public access to land.

The map is supposed to illustrate the amount of acreage reported by the Montana Outfitters and Guides Association, giving the public a glimpse at just how much acreage is involved.

The map was produced by Montana’s Department of Fish, Wildlife and Parks, and it’s quick to point out that they simply used the data supplied by the Montana Board of Outfitters.

The publication of the maps has sparked debate on all sides: from those who believe the map is accurate and that outfitters are leasing too much land and removing it from possible access by everyday hunters, and from the outfitting industry who believes the map is painting a false picture and putting their business in an unfair light.

Who is right? Who is wrong?

The Bureau of Land Management transferred ownership of 160 acres of land to Utah County, south of Salt Lake City, Utah for creation of a public shooting range.

The transfer, conducted under the Recreation and Public Purposes Act, opens the way for construction of the shooting range this spring with completion expected to occur within a year. A groundbreaking ceremony will be held May 9.

Photograph via the Wilderness Society Report, Map via Montana FWP