We measure a gobbler’s beard length as a trophy statistic. Why not the width? I’ve been fortunate to turkey hunt... 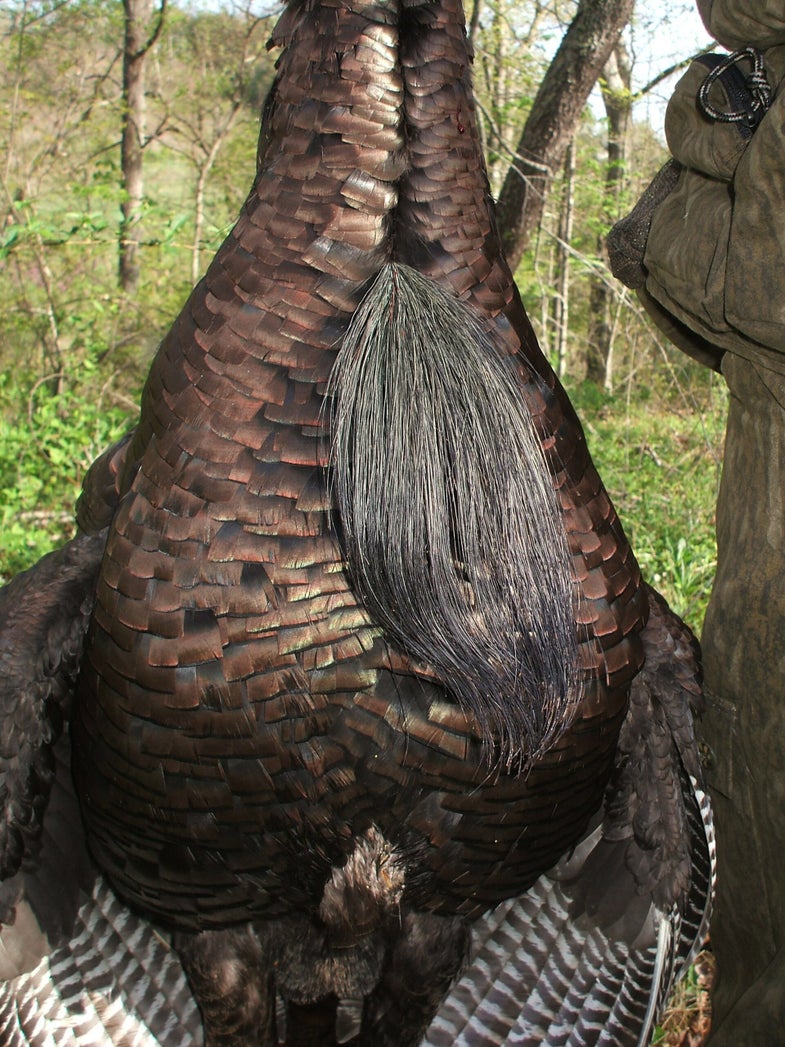 We measure a gobbler’s beard length as a trophy statistic. Why not the width?

I’ve been fortunate to turkey hunt around the country, spring and fall, for many, many years. I’ve chased all the stateside subspecies repeatedly with great enthusiasm that will ideally fade last after everything else craps out. In short, I’ve seen a lot of dead gobblers in a lot of camps. It never gets old. I hope to see a few more beards in range, and soon.

Some of the Missouri, Iowa and Kentucky longbeards I’ve killed over the years have had the widest beards of any I’ve taken. Paintbrush thick. Texas Rios have consistently had the skinniest. Maybe biologists could tell us why such a wide range exists (I’ll get on that question one of these days as soon as this turkey season ends, and the post-hunt depression sets in), but what I want to know is: Should we measure beard width as well?

I mean doesn’t it just give you a stoked-beyond-belief adrenaline rush when you see a gobbler strut up with not only a long but also a wide beard hanging down? Check out my photo of this 2010 longbeard for instance.

Travis Byrd shot this Kentucky gobbler as I watched over his right shoulder on the Bluegrass State opener. If this isn’t the widest gobbler beard I’ve ever seen, I’m not a Pennsylvania born and raised hillbilly with a college education.

Beard width. Does it matter? Should it be measured? Am I splitting beard strands with this idea? Is it enough that the beard is long and that the hunt memory lingers?