Congress Lets the Land and Water Conservation Fund Expire, but Still Has a Chance at Redemption

There is bipartisan support for the LWCF, which is one of our most successful access and habitat programs 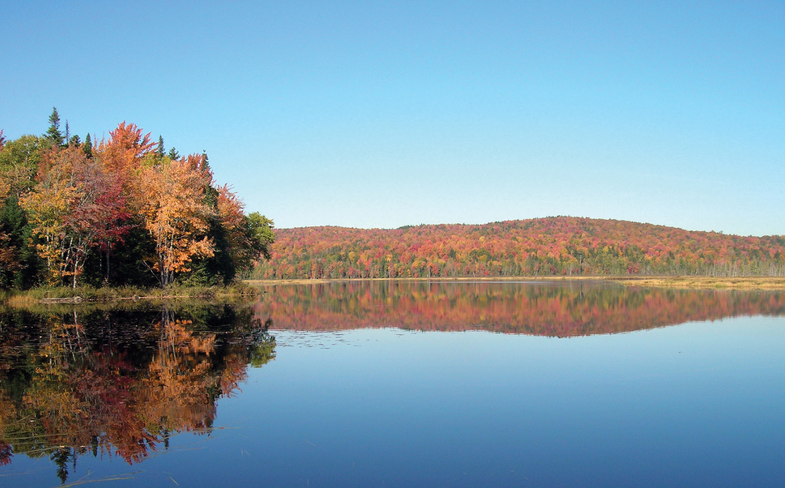 The Umbagog National Wildlife Refuge in New Hampshire and Maine—almost half of the refuge has been conserved through LWCF dollars. USFWS, via FLICKR
SHARE

At midnight on Sept. 30, the Land and Water Conservation Fund officially expired. Sportsmen and conservation groups fought hard to prevent that, but ran out of daylight. Stakes are high, as LWCF is arguably America’s most important and successful tool for conserving access and habitat for hunting, fishing and other recreation across the United States. As we’ve explained in previous posts, it costs taxpayers nothing, as it taps money paid from royalties of off-shore oil and gas drilling.

“The fight is not over,” said Amy Lindholm, of the Land and Water Conservation Coalition. “We’ve seen this scenario before.”

In short, Congress must return to session after the November election to clean up its financial house and pass spending bills to keep the government working. Lindholm and others believe that will be the opportunity to resurrect LWCF.

In the meantime, current and future LWCF projects will fall victim to political uncertainty.
“With LWCF expiring on Sunday … the future of the project pipeline for the conservation community looks grim,” Tom Cors, Director of Lands and U.S. Government Relations for The Nature Conservancy, said in a press call with Backcountry Hunters & Anglers. “Landowners are going to be unwilling to entertain a long and uncertain process to sell their land or easements for conservation.”

“We need certainty to plan for the future, a future where not only the authorization, but also the funding is secure,” Cors said.

Ironically, LWCF is gaining momentum and bipartisan support just as it expires. Just weeks before the deadline, the House of Representatives Natural Resource Committee broke through a major logjam on LWCF reauthorization.

Meanwhile, on the Senate side, LWCF champions are pushing not only a bill for permanent reauthorization of LWCF, but permanent dedicated funding as well. Today, the Senate Energy and Natural Resources Committee voted to to indefinitely renew the the LWCF, which helps pave the way for a full vote in the Senate. That would set a more reliable funding level for conservation, and hopefully prevent elected officials from raiding the LWCF piggy bank for other purposes.

So if there is bipartisan support for the fund, why hasn’t it been reauthorized?

“What this is … it’s got to be a priority of the majority leader of the senate and speaker of the house,” said Senator Jon Tester (D-MT), a vocal supporter of the LWCF. “If we can get them to make it a priority we can bring it to the floor and debate it if necessary and move it off. The reason it isn’t on the floor right now is there hasn’t been enough push by members to get the leadership to bring it to full debate.”

Congressman Brian Fitzpatrick (R-PA), also a proponent of the LWCF, said it’s the same the on House side.

“If you want to ever question why a piece of legislation moves or doesn’t move, you go to leadership,” Fitzpatrick said. “The fact that this has 236 cosponsors in the House but is not moving forward, they [the leadership] ought to be asked those questions.”

LWCF has been the law of the land for 50 years. However, Congress did briefly allow LWCF to lapse in 2015. Back then, they patched together a three-year lease on life for the program. That’s what expired this week.

“We hope that this time it ends with permanent reauthorization and even dedicated funding,” she said.

However, she noted that Congress is facing numerous hot-button issues, and conservation-minded voters need to be heard to make sure Congress doesn’t blow it again. Hunters and anglers need to make our voices heard, by calling your representatives and congressional leadership. —Alex Robinson contributed to this post