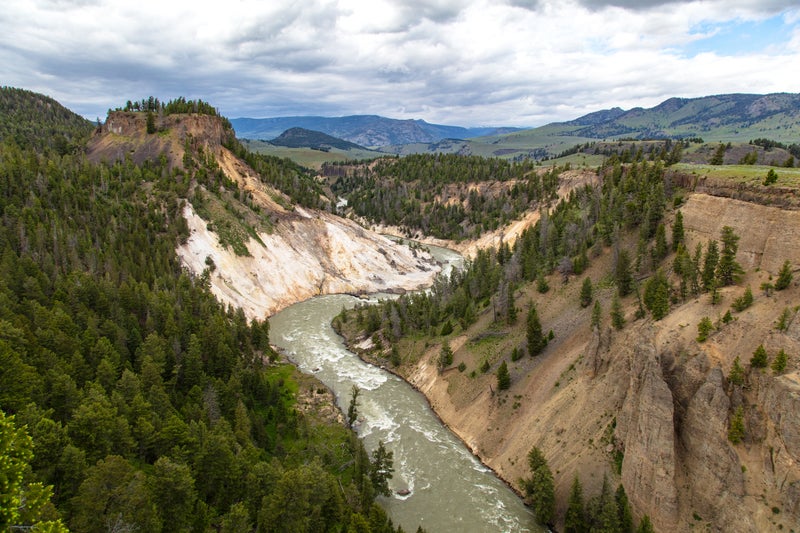 The bill would block a potential mining project near the Yellowstone River. NPS
SHARE

They did it. Yesterday, on a vote of 363-62, the House of Representatives passed a public-lands conservation bill that will permanently reauthorize the Land and Water Conservation fund, add more than one million acres of Wilderness, and ensure hunting, fishing, and shooting are protected on federal ground. The president is expected to sign the bill.

You can read more about key elements of the bill, named the Natural Resources Management Act S. 47, for hunters and anglers here.

It’s being touted as “a turning point for public lands in America,” according to Whit Fosburgh, president and CEO of the Theodore Roosevelt Conservation Partnership.

“The masses are awakening, and the public lands revolution is growing,” said Backcountry Hunters and Anglers President and CEO Land Tawney.

And this is legislation worth celebrating by outdoorsmen and women (and anyone else who cares about wild places) during a time when the future of public lands and waters seems uncertain.

But it would be an oversimplification to consider this bill’s passage as Congress categorically supporting public land conservation. The Natural Resources Management Act aggregates more than 100 local and regional bills in states all around the country. And these local bills represent personal wins for lawmakers (and more importantly, their constituents) who might otherwise oppose actions like increasing wilderness, expanding acreage in national parks, and blocking potential mining projects.

For example, the bill includes specific provisions like a land exchange of 360 acres in Custer County, S.D., to allow the county to expand its airport, according the New York Times. Dusty Johnson, a first-term South Dakota republican and the state’s lone House representative, voted in favor of the bill. Back in January, the first bill Johnson introduced as a Congressman would have ceded federal land in the Black Hills for the airport.

Rep. Rob Bishop, a Utah Republican, was one of the key supporters of the public lands package, even though he’s been an opponent of protections for federal public lands in the past.

“The number of Utah victories in this lands package will do more for the people of Utah than Congress has delivered in a long time,” Bishop, told the Salt Lake Tribune. “This legislation will expand access to public lands, while also shrinking the size of the federal estate. There are wins for America’s sportsmen, hunters, and fishermen.”

In Utah, the bill would increase a Wilderness area in Emery county from 450,000 acres to 600,000 acres and it would also create 248,000 acres of recreation area that would be less restrictive than a conservation area designation. The bill would also consolidate 100,000 acres of Utah trust land to be more easily developed. Utah governor Gary Herbert says this will raise more than $100 million for the public school system.

There are also very specific bills related to hunting, like a provision that would allow hunters to transport a bow through national parks to access legal hunting areas. Plus, a bill that’s not getting much attention (SEC. 4301) that could allow states to set the end of their duck season to January 31. Theoretically, this could give some southern duck hunters (and their lawmakers) opportunity just a few days later in the season.

A cynic might argue that this bill is just an example of lawmakers focusing on special projects within their own states to up their approval ratings. I’d argue just the opposite. This is what good government is supposed to look like. Compromise and nuance. Everyone gets a little something, no one party gets everything. Together, we move forward. Our public lands and waters are valuable to many people for many reasons, and this bill reflects just that.