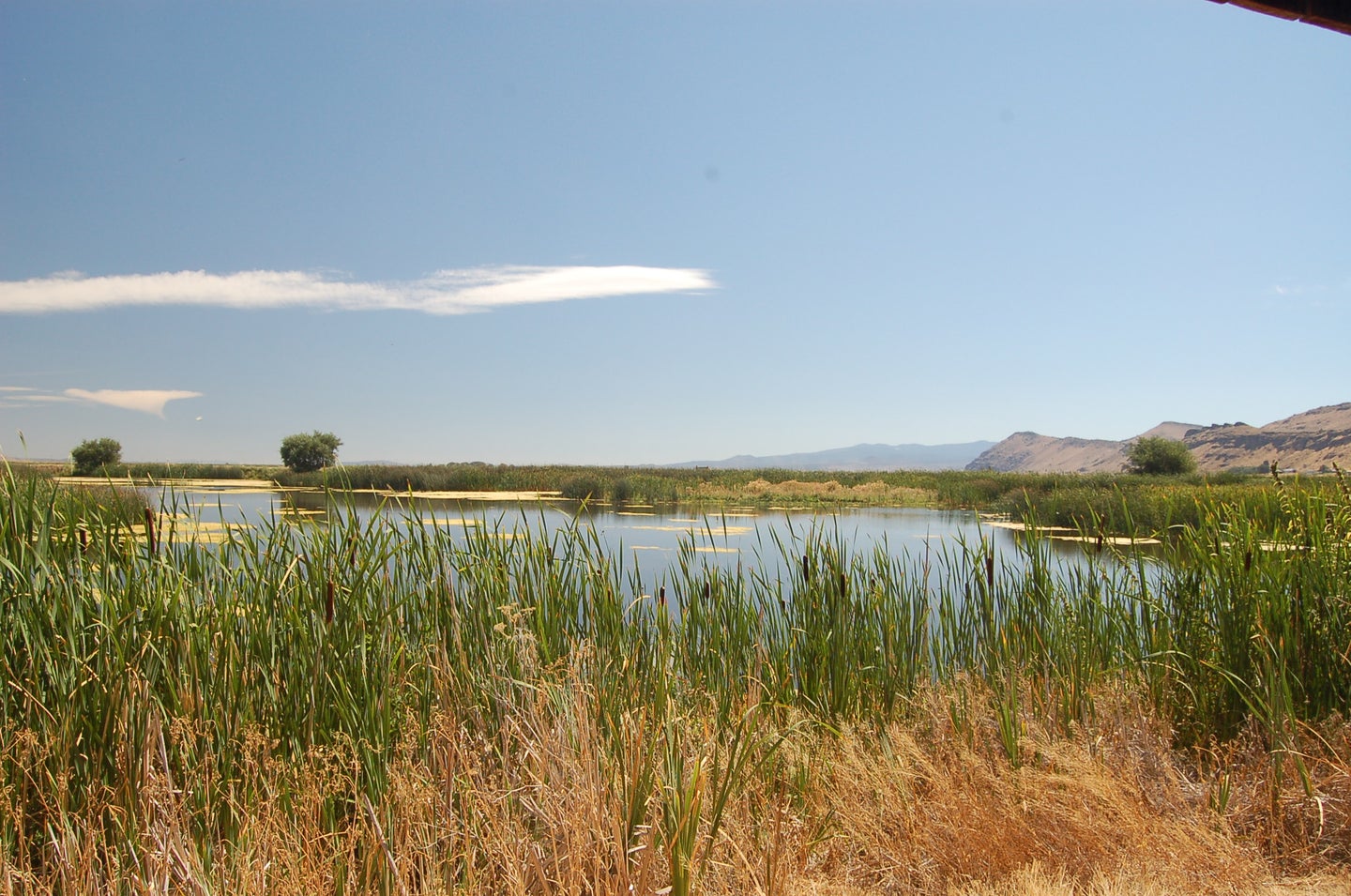 Marshes in California are drying up fast. Wiki Commons
SHARE

Millions of waterfowl and other birds are going to have a tough year due to the ongoing drought in the West. Not only is there less water for ducks and geese, but the agriculture fields these migrating birds depend on for food will be significantly smaller, which means less waste grain.

“We planted about 20 percent less this year, which is about 100,000 acres below a normal harvest,” Jim Morris of the California Rice Commission told CBS-TV Sacramento. “The Sacramento Valley rice fields are home to nearly 230 species of wildlife, including 60 percent of the fall and winter food for the seven to 10 million ducks and geese that spend their time in our area.”

That potentially can negatively impact Pacific Flyway waterfowl flights and hunting this year.

Farmers report only 25 percent of the fields usually flooded in autumn will have water. With reduced water, ducks and geese are impacted. They concentrate more and diseases and bacteria can spread more readily, including bird botulism.

Ducks Unlimited (DU) is concerned about the ongoing Western drought, especially in California. DU reports up to 5 million puddle ducks and 2 million geese winter in the Central Valley of California. Diminished water there may exhaust waterfowl food by mid-winter, just as waterfowl numbers are peaking.

Over half the mallards taken by California hunters are raised in the Central Valley where the breeding population historically was about 400,000 birds, according to DU. It declined to 185,000 mallards by 2015 and may continue its downward trend because managed wetlands for duck production are difficult to maintain in the current drought.

California’s salmon also are taking a hit from extreme drought.

The California Department of Fish and Wildlife (CDFW) reported to the Sacramento Bee that most juvenile Chinook salmon in the warming Sacramento River could die. “It is possible that all in-river juveniles will not survive this season,” CDFW said.