Wildlife officials are puzzled by the discovery, since there are no known grizzlies in the area 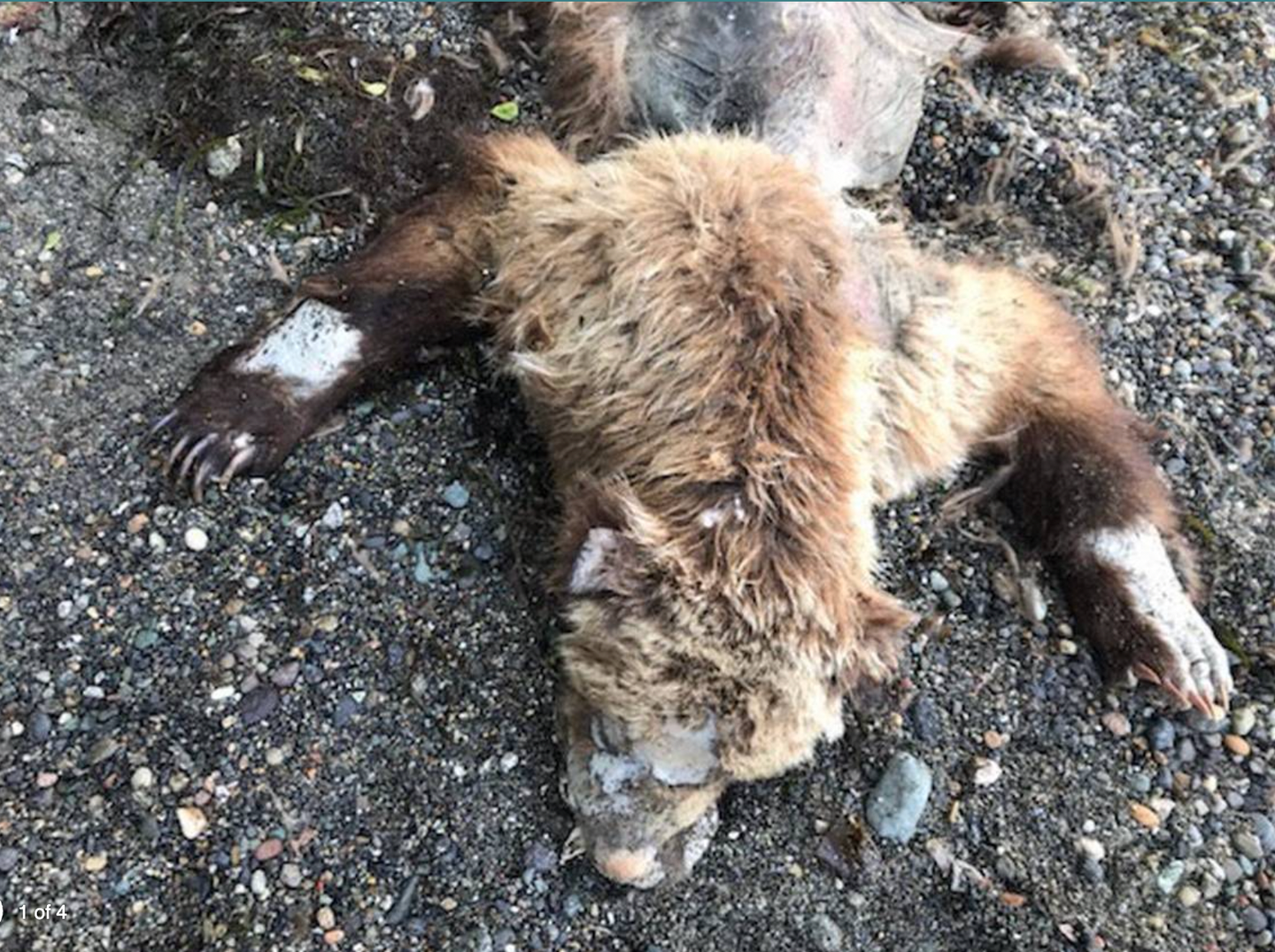 The last thing anyone expected to find along the shores of a Washington State beach was a dead grizzly bear, but that’s exactly what happened. Whatcom County beachgoers reported the dead bear on June 16 to wildlife officials, who were so surprised by the discovery that Washington Department of Fish and Wildlife game warden Dave Jones went to the beach to check it out himself, according to The Bellingham Herald.

There were no bullet holes or signs of trauma on the carcass, only signs of scavengers. That lead WDFW officials to wonder if recent flooding in the county could have flushed the bear to shore after it drowned. The grizzly is estimated to be between one and two years old, and WDFW said it had been dead “for some time.” Officials kept the bear’s head and claws to determine where the bear originated, reports the Herald.

Grizzlies, which are considered endangered under state law and threatened under federal law, are not a typical sight in western Washington and the actual population that inhabits the state only numbers about a dozen bears. In fact, only 50 to 60 grizzlies live within the Selkirk Grizzly Bear Recovery Zone, which spans Canada and northeast Washington and northern Idaho, according to Conservation Northwest, and an additional 40 grizzlies roam the Cabinet-Yaak Grizzly Bear Recovery Zone, which includes sections of northwestern Montana and northeastern Idaho. The last time a grizzly bear was seen in Washington’s Northern Cascade mountains was 1996, according to Friedman.

While there were plans to reintroduce grizzlies to Washington, the U.S. Department of Interior scrapped the proposed plan in July 2020 to compile an environmental impact statement first. The move angered environmental groups and individuals who argued that the state had plenty of prime grizzly bear habitat for the threatened animals.

While Washington officials await the results of the genetic testing on the recovered bear, Jones hypothesized that the animal likely came from Canada.