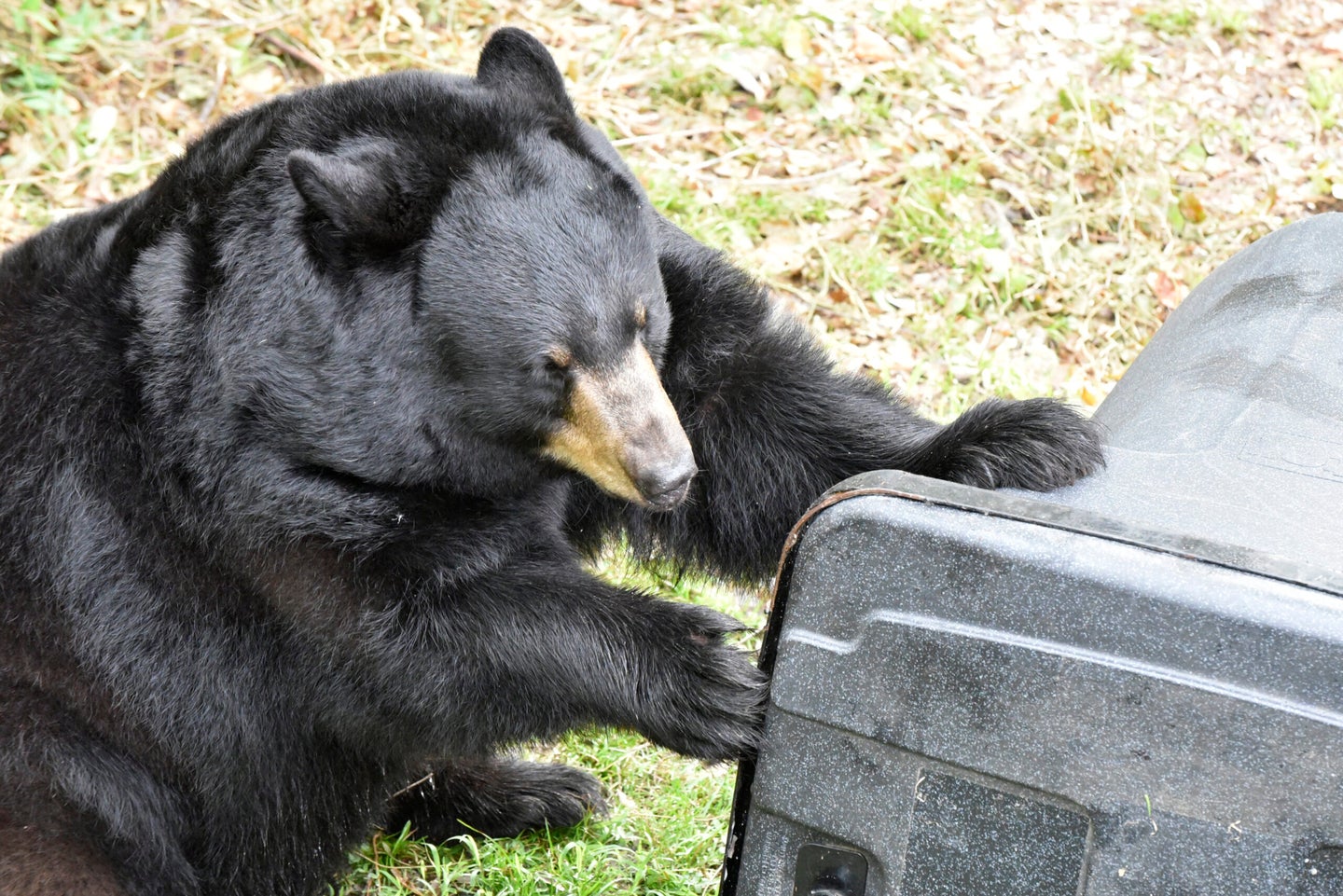 A sow black bear and her three cubs were euthanized this month after becoming unafraid of humans, according to the Washington Department of Fish and Wildlife. The decision came after one of the bears broke into a home looking for food in the rural town of North Bend, southeast of Seattle.

Grant reported she has had many bear sightings in her backyard and lots of home security camera footage of the wild animals. She often spotted one large black bear with a yellow ear tag that would get into trash and bird feeders. That has escalated in the last month, says Grant.

The sow with ear tag had been previously captured and fitted with the yellow tag for easy identification by WDFW officials before being released. One of Grant’s neighbors reported the bears on a backyard picnic table. It’s the same home where a bear climbed through a window to get to food. On Aug. 3, the sow got stuck in a parked van that had food inside it.

“We had to drill a hole into the vehicle, and we had to dart [the sow] at that time,” said WDFW police North Puget Sound captain Jennifer Maurstad.

Maurstad explained that the sow and cubs were euthanized because of their aggressive behavior and having little fear of humans.

“We also try to take into account the most important thing is public safety,” she said.

“If an adult bear is habituated to non-natural food sources, relocation is less successful and therefore may not be appropriate,” WDFW officials wrote in an August 10 post addressing the agency’s decision to euthanize the bears. “Even long-distance relocation attempts are typically unsuccessful due to strong association with non-natural food sources once bears have become habituated. … Sows (mother bears) may also teach their young about such food sources, habituating them to humans and setting the stage for future conflicts.”

Another Washington black bear was euthanized after it attacked a man who was running in Whatcom County earlier this month. The runner sustained injuries to his hands and feet, and was hospitalized for treatment. The same evening, officers “with the use of a Karelian bear dog located and lethally removed an adult black bear near where the incident occurred,” according to the WDFW. This is the first recorded black bear attack of a human in Washington State since 2015, for a total of 18 recorded human injuries since 1970. The only known fatal black bear attack on a human in the state was reported in 1974.

“We are extremely thankful that the victim is recovering and receiving medical care from this unfortunate encounter,” Maurstad said in a statement. “He did everything right during the incident and we wish him a speedy recovery. Wild animal encounters are unpredictable but, in most cases, they wish to avoid conflict as much as we do.”

Conflicts with black bears are becoming more common nationwide in places like Vermont, and homeowners can help mitigate human-bear conflicts and euthanasia of wild bears by securing trash cans, bird feeders, and other attractants. Black bears are common in throughout Washington state and its suburbs. WDFW biologists estimate the statewide population is approximately 20,000 black bears. The agency receives an average of 500 black bear complaints annually, ranging from glimpses of bears to encounters. This year, the state canceled its black bear hunt despite a thriving black bear population.