Ethyl, the grizzly, logged 2,800 miles in her journey through Montana, Idaho, and Canada 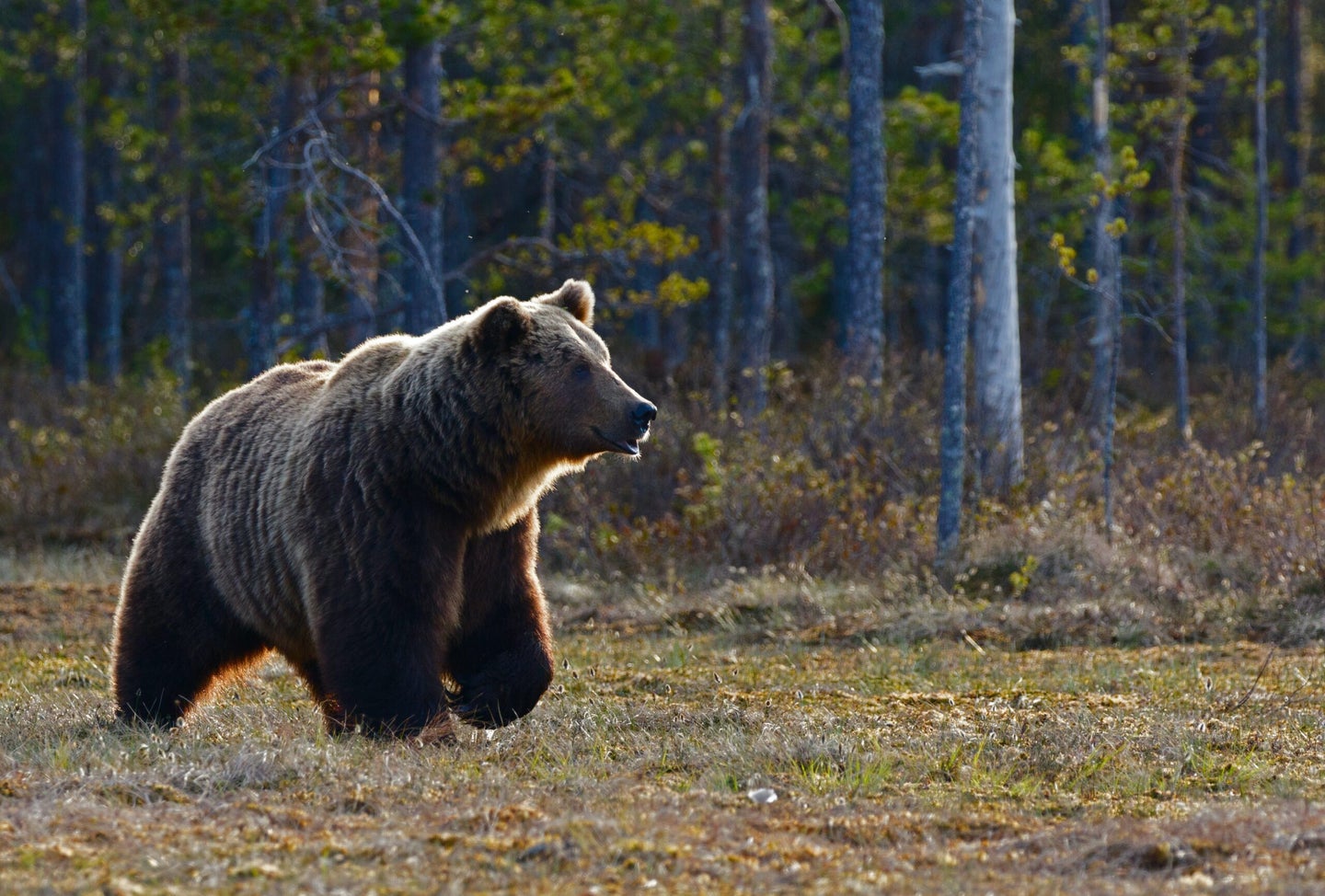 The sow grizzly had an affinity for apples. She enjoyed traveling, too, in the Northern Continental Divide Ecosystem, a sprawling complex spanning multiple states including northwest Montana and Idaho north to Canada. Unlike most female grizzlies that have an average home range of 70 miles, this one roamed far and wide, totaling more than 2,800 miles around major cities and interstates. Ethyl was a unique grizzly, no doubt.

Ethyl presented biologists with a glimpse into a myriad of aspects in a grizzly’s life. In 2010 she was caught raiding an apple orchard near a Montana town close to Lake Blaine and relocated. Two years later she returned with a cub, and Montana Fish, Wildlife and Parks specialists tranquilized her. Ethyl’s vital statistics were taken and she was fitted with a satellite-linked radio collar. Montana FWP officials then relocated her farther than in 2010, to the Puzzle Creek drainage near the Continental Divide south of Marias Pass.

After that, Ethyl was on the prowl. She visited the Bob Marshall Wilderness, the Front Range of the Rockies, down to the northern reaches of the Bitterroot Mountains, over interstates and freeways, and near cities until she reached eastern Coeur d’Alene in Idaho. Ethyl hibernated in the Idaho panhandle for the 2012-13 winter, and in March 2013 began heading east again along I-90 and then north. She skirted Missoula and reached the Bitterroot Mountain foothills near Florence, then back to Coeur d’Alene, and on to Missoula where she stayed through autumn. The vast Bob Marshall Wilderness was calling, though, and Ethyl went there and kept going, all the way to Glacier Park, and then west toward Eureka.

Eureka is nine miles from the Canadian border. The town has less than 1,400 residents. It is surrounded by the Kootenai National Forest and, as the Eureka Chamber of Commerce says, “the backside of Glacier National Park.” It is a quiet town where the people work, hunt, fish and enjoy the summer markets in the park.

Eureka is where Ethyl disappeared from biologists when she lost her collar in October 2014. After about two years with the tracking collar she had covered more than 2,800 miles. The routes still baffle biologists who study them, even knowing how bears — like other animals — seek out the best sources of food and water. This no doubt influenced Ethyl’s movements, but was beyond previous knowledge.

“The one thing we can say is this was not representative of normal bear movement, and certainly not female grizzly bear movement,” said Chris Servheen, U.S. Fish and Wildlife Service grizzly bear recovery coordinator, in 2014. “She had some really bizarre travels.”

Ethyl’s journey is part of a 10-part series of stories by the Missoulian called “Grizzlies and Us.” It looks at multiple aspects, from bruin biology to how humans interact with the bears. It is a complicated relationship, as are all relationships between humans and apex predators. In the Lower 48, the bears are federally protected. They, like wolves, are a constant focus of lawsuits and court battles about restoration, recovery, and who should be able to dictate terms of hunting, protection, or oversight.

According to the U.S. Fish and Wildlife Service, six recovery ecosystems exist in the Lower 48: the Greater Yellowstone, Northern Continental Divide, Cabinet-Yaak, Selkirk, North Cascades and Bitterroot. The North Cascades Ecosystem contains no confirmed grizzly bears in the United States, and an estimated six individuals reside in the adjacent British Columbia portion of the ecosystem.