Threatened Gulf Sturgeon Spotted for the First Time in 25 Years Near Jackson, Mississippi 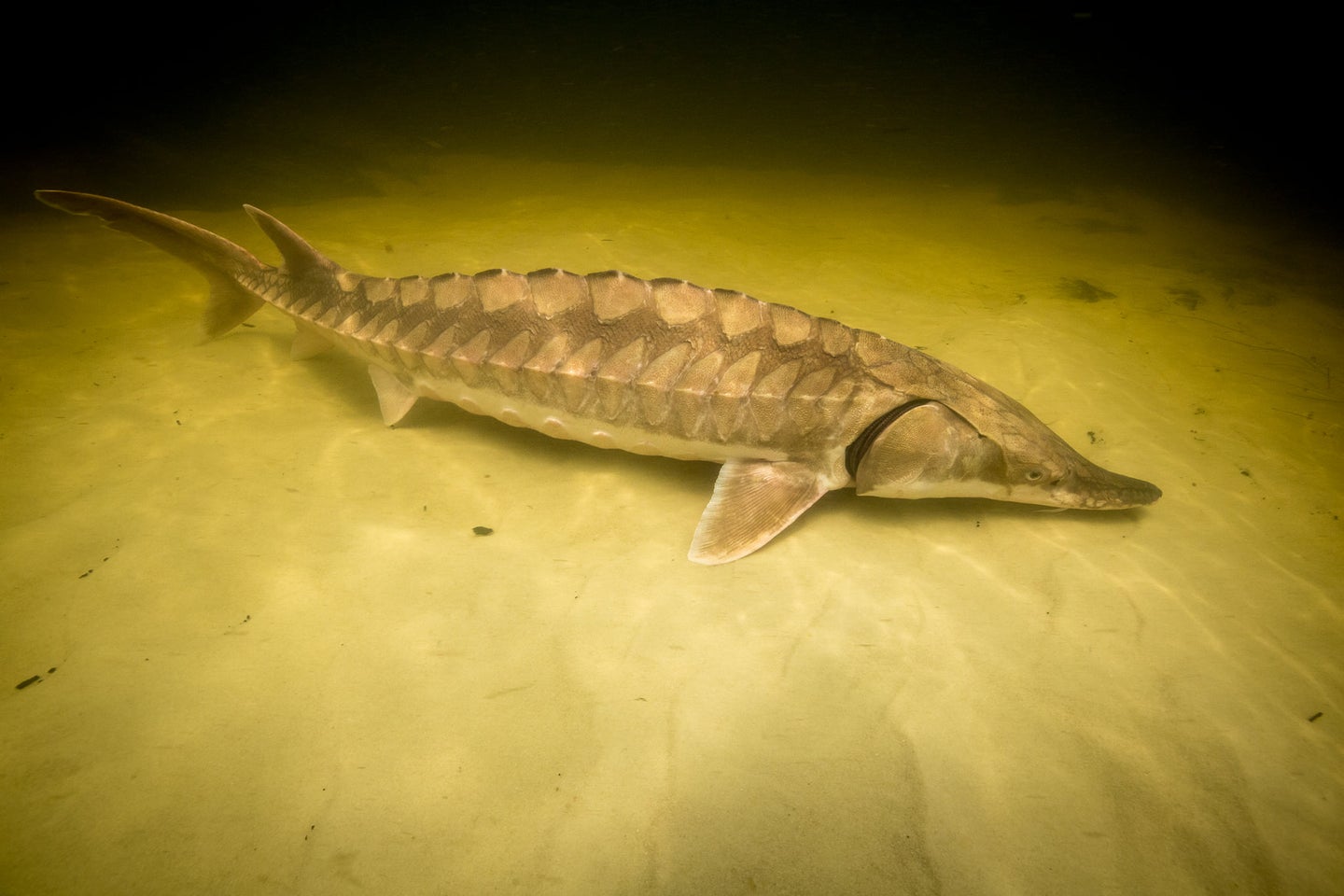 Gulf sturgeon are a threatened species all across their range, which is one of the reasons this most recent sighting is so promising. Ryan Hagerty / USFWS
SHARE

Fisheries scientists and conservationists are cheering the recent discovery of a 17-year old threatened Gulf sturgeon in Mississippi’s Peal River. The 5-foot long fish was detected at LeFleur’s Bluff State Park in Jackson, Mississippi, this past spring, according to a Facebook post by the Pearl Riverkeeper, a non-profit that conserves the Pearl River watershed.

The discovery of the uncommon fish is remarkable for a few reasons. First, it’s a threatened species and seldom seen. Gulf sturgeon have not been documented in the Jackson area of the Pearl River since 1996. Moreover, this most recent sighting—the first in a quarter century—occurred 200 miles from the open Gulf of Mexico. The Gulf is the home of the anadromous Gulf sturgeon, which lives in saltwater and swims up freshwater rivers to spawn, much like salmon. Remarkably, this means the sturgeon had to navigate over a pair of Peal River dams. Two low-head dams on the Pearl River are barriers to their natural migration and spawning patterns, says head of the Pearl Riverkeeper Abby Braman, who suspects the fish passed the dams during a flood.

“During periods of heavy rainfall, the Jackson Waterworks weir can become submerged,” she told McClatchy News. “Even if the weir is only partially submerged, the sturgeon is a very powerful fish that is prone to jumping out of the water.”

Gulf sturgeon have five rows of bony plates known as scutes that run along its body and a snout with four barbels (slender, whisker-like, soft tissue projections similar to catfish) in front of its mouth. Like sharks, the fish has a tail with one side, or lobe, that’s larger than the other. This particular 17-year-old sturgeon was detected by researchers last year via a U.S. Fish and Wildlife Service tag, officials said. The fish was tagged in 2017 when it was near the mouth of the Pearl River. That means it traveled roughly 200 miles upriver before being detected near Jackson, according to Braman.

“The gulf sturgeon … was detected by a tag reader from a Gulf sturgeon telemetry study being conducted by Dr. Michael Andres’ lab from The University of Southern Mississippi,” reads the Facebook post.

Scientists are involved in several studies of the Gulf sturgeon in the Pearl River to help recover Gulf sturgeon numbers. The species has remained unchanged for over 200 million years, according to NOAA Fisheries, but they’re currently threatened by dams, dredging, pollution, and climate change.