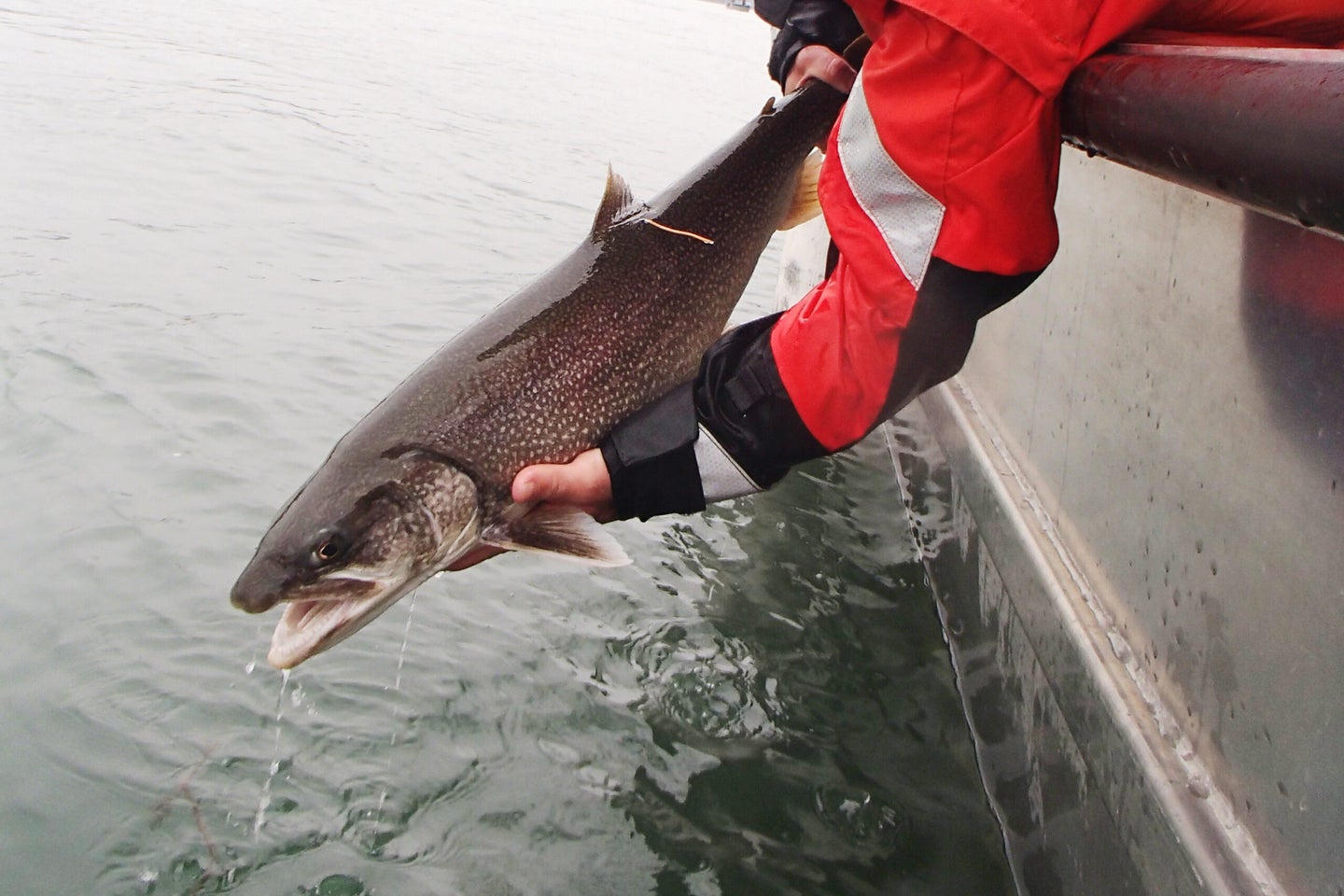 A USFWS biologist releases a Great Lakes lake trout with an acoustic telemetry tag in its fin. The tags help identify where fish are congregating, and therefore where potential spawning habitat might be. USFWS
SHARE

Compared to other salmonoids, not much is known about the spawning habits of lake trout. That’s because lakers typically spawn at night, in deeper water than stream-spawning salmonoids, and during the fall, when the weather can quickly turn to cold. All those factors make it hard for biologists to dig into the details of exactly how lakers reproduce. Until, that is, researchers started using a deep-water remote controlled vehicle that’s equipped to record video, electroshock lakers, and vacuum eggs for study.

This new tech was deployed by the Michigan Department of Natural Resources and the Wildlife Management Institute in June, and the findings surprised researchers. They used the vehicle to document lake trout spawning as far as 300 feet below the surface of Lake Superior, which is the largest of the Great Lakes. This is the greatest depth at which lake trout have ever been known to reproduce. Lakers also typically spawn in autumn, so it was puzzling that the females were dropping eggs in early summer.

To find where the trout were spawning, researchers implanted acoustic tags into captured and released fish. Those tags relay the position of the trout, and the remotely operated vehicles are deployed. The ROVs are attached to a tether and can dive deeper than humans can in scuba gear. ROVs transmit video and also take readings like water depth and compass heading to inform researchers.

Read Next: Use Big Baits to Catch Giant Lake Trout Through The Ice

Typically, Great Lakes trout spawn in the shallow shoals close to shore that are close to deeper water. Their migration often coincides with surface water temperatures falling to 12°C (or about 54°F). Most of these spawning shoals are less than 20 feet deep, but some can be as shallow as 6 inches or as deep as 165 feet. Up until now most of the data on lake trout spawning has been collected by scuba divers with video cameras at depths of less than 100 feet. These new findings about lakers’ spawning habits will help fisheries managers better understand the current population dynamics of lake trout, and help them forecast lakers’ responses “to increasingly variable climatic conditions.”