A large, mature lake trout caught on an inner-city lake in Ontario gives local anglers and conservationists hope that the species can be restored in its native watershed 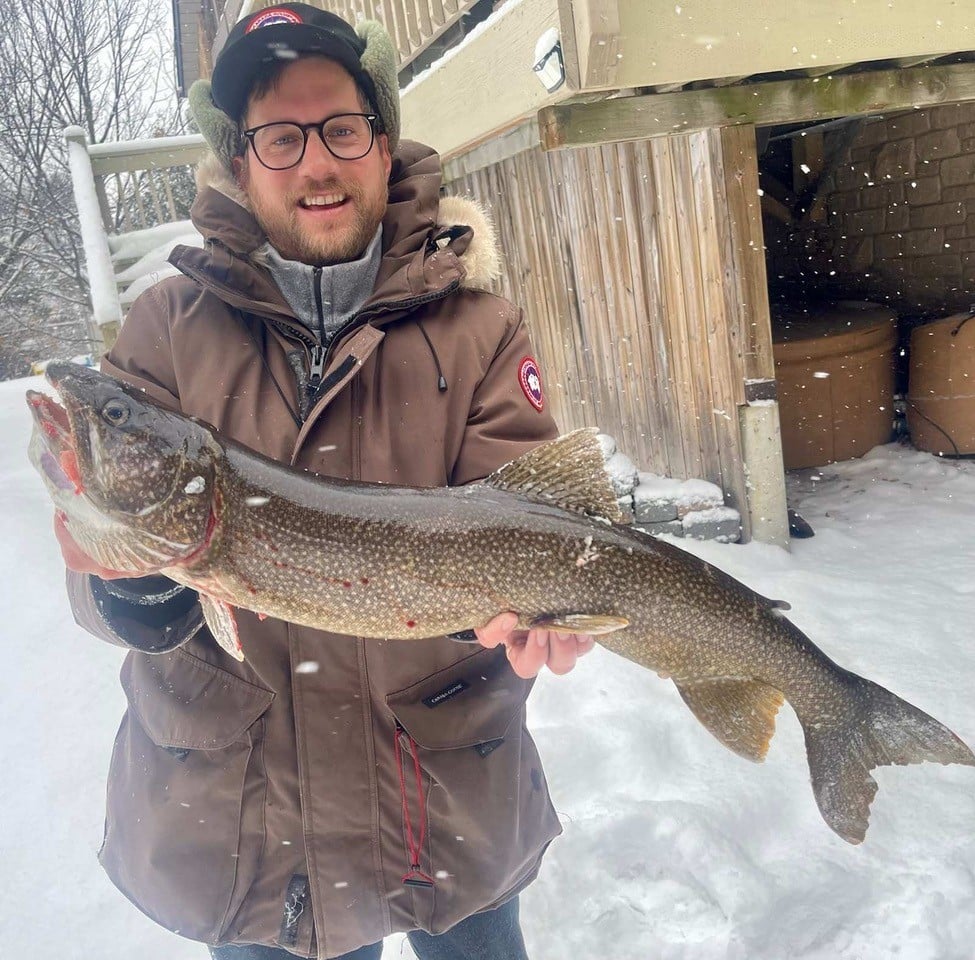 Andrew Shea was ice fishing on Nepawhwin Lake in Sudbury, Ontario, Feb. 6 when he felt a pretty good tug on the end of his line. Shea was targeting northern pike that day, but when he pulled the fish toward the surface, he was surprised—and delighted—to see the head of a good-sized lake trout coming through the hole in the ice.

“You know when you’re ice fishing, sometimes one of the hardest things is getting the fish head in the hole,” Shea told CTV News. “When I saw what it was, I was pretty excited.”

Shea said the 31.5 inch, 7.5-pound fish was the biggest lake trout he’s ever caught. But the most exciting part of his catch—for him and for the local angling and conservation community—wasn’t necessarily the size of the fish. It was the species.

Lakers are extremely rare on Nepahwin, which has suffered from water quality issues in the past. Forty years ago, scientists assumed that Nepahwin’s lake trout had all died off as result of pollution from agricultural and industrial runoff. Even after repeated restocking efforts, local anglers hardly ever catch them these days. Shea, who had recently joined the Nepahwin Lake Stewardship Group, was aware of this, and he wanted to verify his catch. So he brought it to John Gunn, who directs the Living with Lakes Centre.

Gunn was ecstatic, and he told the local news channel that he hasn’t seen a laker pulled out of Nepahwin in a decade. He immediately donated the fish to the centre for further research. He said the fish is a positive sign that the lake is recovering, and he hopes it will spur further efforts to restore lake trout populations.

“What it represents is that it’s worth working on this lake,” Gunn said. “The mascot is alive.”

After taking a closer look at Shea’s fish, Gunn estimated that the mature female was around 20 to 30 years old. The centre also determined that the fish was stocked there years ago, and most likely came from a hatchery in Sault Ste. Marie. Gunn explained that lakers are slow to grow and are especially sensitive to water temperature. He said it’s the one trout species that can’t tolerate water that is warmer than 68°F.

Lake trout are also one of the most prized species in the Canadian province, partly because of how rare they are in that neck of the woods. A mere one percent of Ontario’s lakes support self-sustaining lake trout populations, according to the Nepahwin Lake Watershed Stewardship Group. And for angler-conservationists like Shea and Gunn, that’s all the more reason to continue efforts to rehabilitate the lake and restore its native fish populations.

The local watershed stewardship group confirmed in a Facebook post that Shea only kept the fish for scientific purposes, and will release any future lakers he catches “to help in the hopeful recovery of this species” in Nepahwin Lake.

“He landed this beauty solely to help verify the burning question amongst fish biologists as to whether Nepahwin Lake can still support lake trout,” the group said.