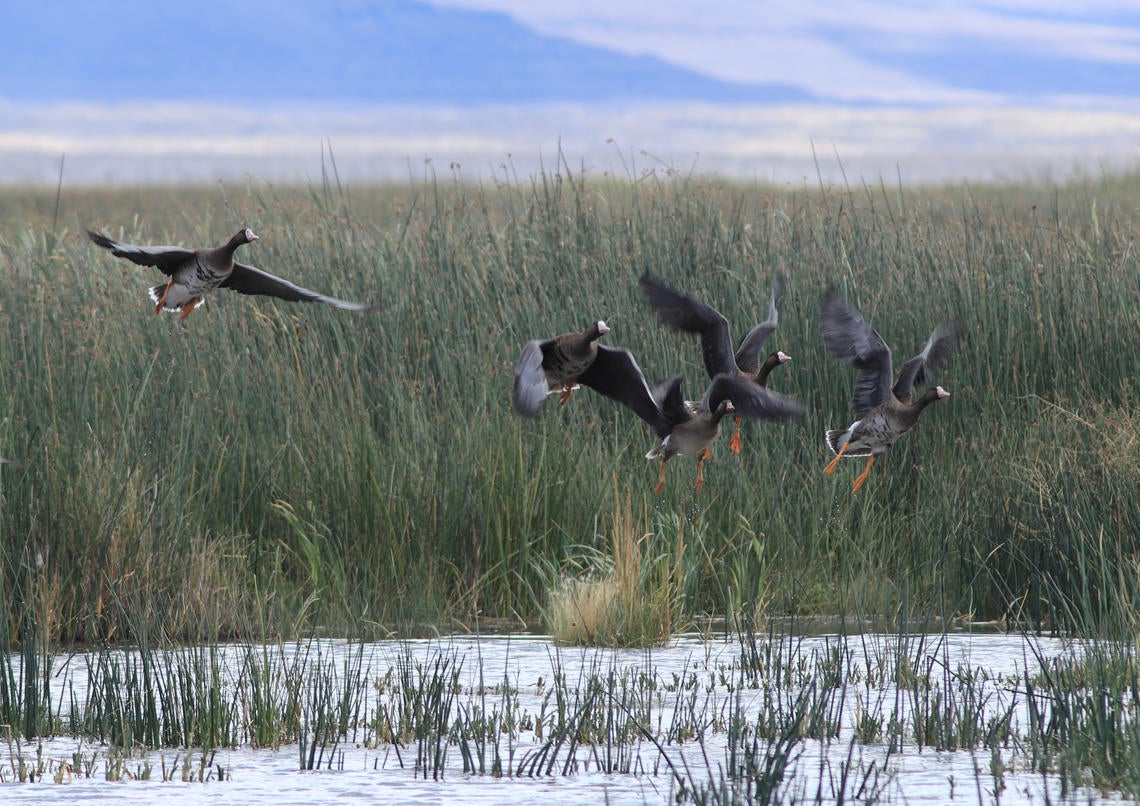 A new study conducted by the U.S. Geological Survey (USGS), the government organization in charge of banding and tracking migratory birds, revealed that Pacific Flyway waterfowl flew around the smoke produced by wildfires in the fall of 2020.

In September 2020, four GPS-marked tule geese, which are a subspecies of white-fronted geese avoided the wildfires, according to GPS data. The same birds had been tracked the previous year when there were no fires, and their routes where much different.

“Everything coincided such that we could watch this unfold in almost real time,” said Cory Overton, a wildlife biologist and lead author on the USGS study. “It’s virtually impossible to see this type of event without preparedness and good fortune – you can’t design a study to look at an unprecedented fire season. And then to have all four individuals survive long enough to get the data to us? It’s pretty incredible.”

The geese responded to the smoke in a variety of ways. Some halted their migration for a few days until the smoke cleared, others rapidly changed direction and altitude, or a mix of both. When flying into the smoke, the geese gained altitude quickly. The GPS data also showed that the birds had different stopover points than the previous fall, presumably because their traditional roosts were engulfed in fire. The geese eventually reached their destination—Summer Lake, Oregon—but it took them nine days as opposed to four in 2019. They also flew an additional 470 miles.

Like many species of waterfowl, tule geese take the same migration routes and rest on the same waters each fall. They also fly in a “V” pattern to reduce wind resistance and save energy. The wildfires disrupted their natural migration, making it more difficult to reach Summer Lake. With a small population of just 10,000 birds, biologists are concerned about the adverse effects this wildfire-induced migration change may have on tule geese and other early migrants like white-fronts (specklebelly geese).

With a significant proportion of the species migrating together, the population level risk from these types of events has the potential to be extremely impactful,” says Michael Casazza, USGS research wildlife biologist and co-author on the study.