Why Every Angler Needs to Fish the Everglades for Snook, Redfish, and Tarpon

Florida's Everglades has 300 different species of fish. But there are three you should target if this is your first trip to North America's most underrated fishery 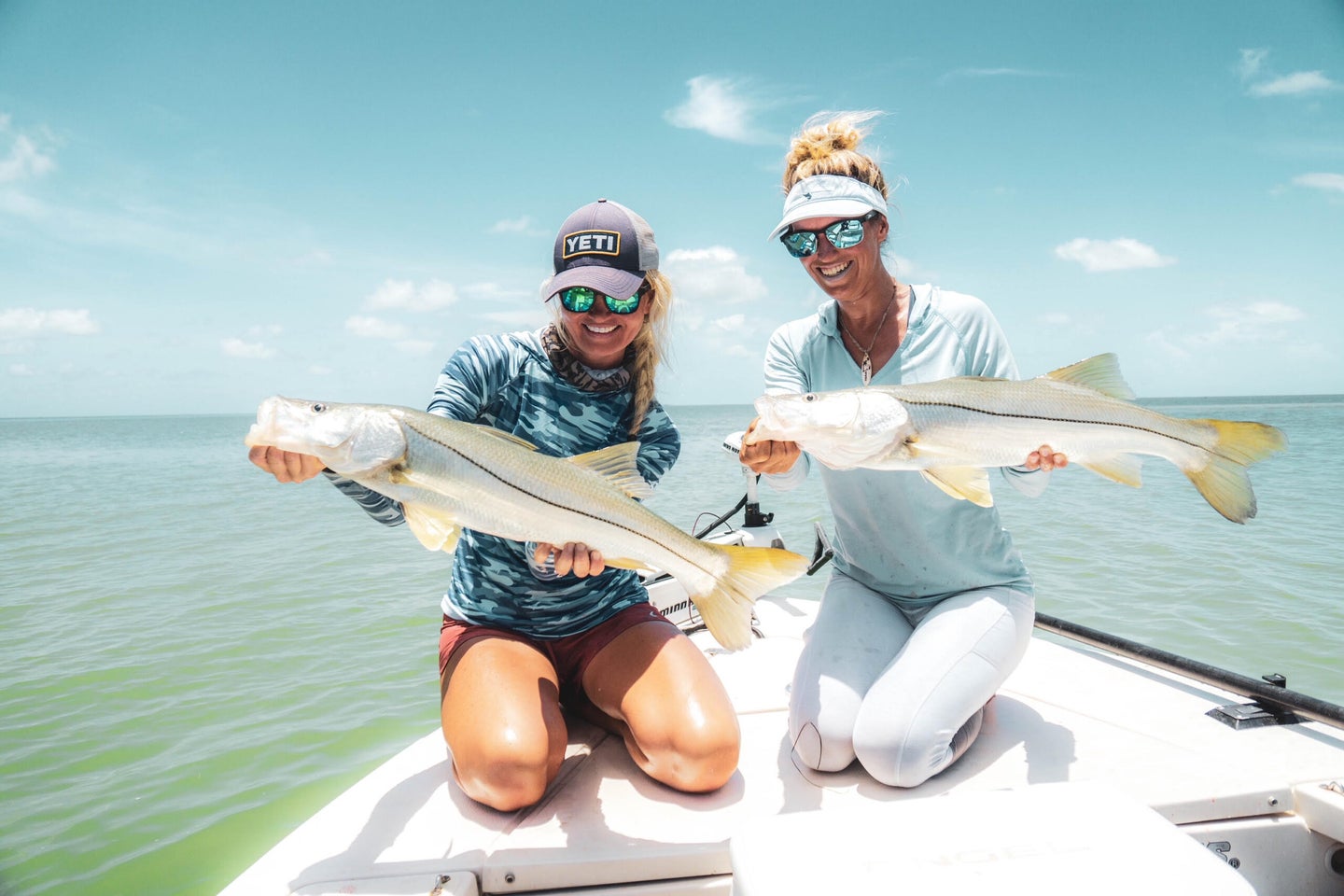 There are more than 300 species of fish that call Florida's Everglades home. Kristine Fischer
SHARE

One of the most overlooked fisheries in North America is the Florida Everglades. Consisting of more than 1.5 million acres, the Everglades is the largest subtropical wilderness in the Unites States, and a fishing paradise. If you’ve never been, it’s time to put it on your bucket list.

Aside from the astonishing wildlife and exotic landscape you will see there, the sheer diversity in fish species is a marvel all its own. There are over 300 species of freshwater and saltwater fish that call the Everglades home.

Many think the Everglades is a swamp, but it’s actually a river flowing from Lake Okeechobee and emptying into the Florida Bay and then the Gulf of Mexico. It gives anglers the chance to fish fresh, brackish, and saltwater.  The Everglades is one of the only places in the entire world where you could potentially catch a trophy largemouth bass, tarpon, snook, red fish, permit, and bonefish all in one day.

I’ve targeted all kinds of fish in the ‘Glades, but I would recommend snook, redfish, and tarpon for your first trip. And though I won’t give you exact GPS coordinates to where I target these species, I can tell you that I have caught all three types of fish within five miles of the boat ramp at Flamingo Bay Visitor Center. Now it’s up to you to identify the right habitat and go after them.

Snook are known for being very spirited in both their fight and the way they attack a bait. They give anglers the long runs and aerial shows that adds that element of excitement we all long for. But, fair warning, they can be a challenge to catch.

Where to look: Snook love current. You’re more likely to find them in moving water than you are in slack water. Locating guts (channels), points, islands, inlets, and flats that have current is key when fishing for snook. In the summertime, they can be found around the capes, beaches where Florida Bay transitions into the Gulf. In the winter, look for big potholes on the flats. They like to use the mangroves as ambush points as well.

What bait to use: Anglers can use both live and artificial baits for snook. The best live baits include pinfish, pilchards, and shrimp. For artificial baits, it’s tough to beat flukes, jerk baits, swim baits, and big walking topwater baits.

Redfish are the brutes of the flats. Large numbers of tailing reds on early, calm mornings in the shallows can be a spectacle to behold. It’s like none other fishing you will do, which is why you need to add them to your list.

Where to look: Redfish hang out around shallow grass flats, feeding on crabs, shrimp, and mullet. You can also find occasional reds in channels as well. On the falling tides, depressions in the flats can be very good.

What bait to use: For flats fishing, I like to sight fish reds using artificial baits. Spoons, small swim baits, and flukes are ideal, but anglers can also get their fill on the fly rod with shrimp or baitfish imitations. When the reds are in the channels, anglers can use shrimp as bait as the fish are more likely feeding off the bottom.

Read Next: A Group of Free Divers Speared a Tarpon off the Coast of New Jersey

The silver king is known for its fight, but they are difficult to land. There are peak times when tarpon move through the Everglades, but there is also a year-round population of resident tarpon that call these waters home. So you can go anytime of year and fish for them.

Where to look: Young tarpon are a popular choice amongst anglers because they are easier to catch. They can be found in channels or cuts that connect larger bays. Adult tarpon are more seasonal, and they tend to be found staging in the spring near Florida Bay before migrating throughout the summer along the outer reaches of the Bay and into the Gulf.

What bait to use: Fly anglers travel from all over the world to duel with the adult tarpon here. Flies make a great option as they are more likely to penetrate the bony mouth of the fish, increasing the odds of landing one.  Other popular options include Hogys on big jig heads and flukes. For anglers wanting to use live bait, crabs, mullet, and pinfish are best.

Kristine Fischer has been a professional kayak tournament angler since 2015. She grew up fishing small ponds and lakes in Nebraska and has since turned that childhood passion into a career. When she's not fishing the Hobie Bass Open Series, Kristine is still fishing somewhere. She's also an avid muskie angler and ice fisherman.