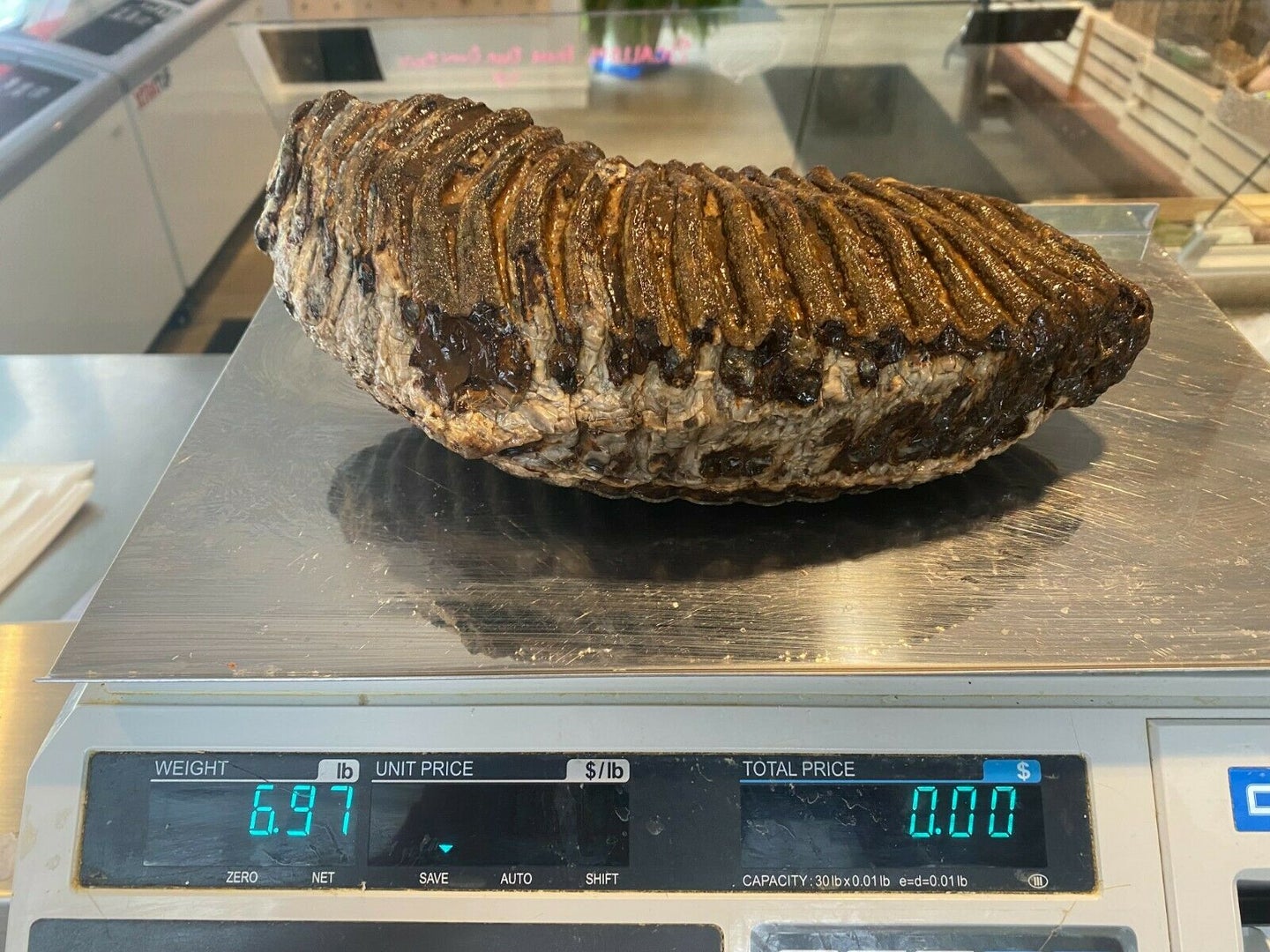 The New England Fishmongers crew made an interesting archaeological discovery late last December when they hauled in a large fossil while dredging for scallops off the coast of Newburyport, Massachusetts. The fossil was later identified as a wooly mammoth tooth. The tooth has been kept inside a restaurant in Maine for the last few months, but the Fishmongers crew has decided to auction off the fossil and donate 100 percent of the proceeds to help with the ongoing humanitarian crisis in Ukraine.

On Dec. 20, Capt. Asher Molyneaux and crew were dragging their nets off Plum Island near Newburyport when they brought the large, brown chunk aboard the Finlander II. Molyneaux first noticed the fossil while the crew was picking through a pile of shellfish, and he later told National Fisherman that he immediately recognized what it was.

“I looked back and saw what looked like some kind of arthropod stuffed into the pile,” Molyneaux said. “I went back and grabbed it and said, ‘That’s a mammoth tooth.’ I don’t know how I knew that. I must have seen a picture somewhere.”

Molyneaux and crew gave their discovery to Capt. Tim Rider, owner the Finlander II, who brought it to the University of New Hampshire. UNH Paleontologist William Clyde confirmed that it was a wooly mammoth molar, and although the university did not carbon date the fossil, Clyde estimates the tooth is somewhere between 10,000 and 15,000 years old.

Rider then took the ancient piece of New England history to his restaurant in Kittery, Maine, where it has stayed for the past few months. It wasn’t until recently that Rider decided to auction off the fossil and use to aid humanitarian efforts in Ukraine.

The wooly mammoth molar is currently listed on Ebay, and the auction will close at noon EST on Sunday, March 13. At press time, the top bid was $9,600.

Rider told NBC-10 Boston that he plans to donate all the proceeds from the auction to World Central Kitchen, a non-profit organization that is working to provide fresh meals for Ukrainian families and refugees. WCK currently has stations at eight border crossing across the country, along with additional locations in eight Ukrainian cities, including Odessa, Lviv, and Kyiv.

“If it makes several thousand dollars, that’s good, it’s going to help someone,” Rider said. “Obviously, I can’t solve the world’s problems as a fisherman, but I can contribute to help the people that are suffering.”