Near-Record Striped Bass Caught (and Released) in the Susquehanna River 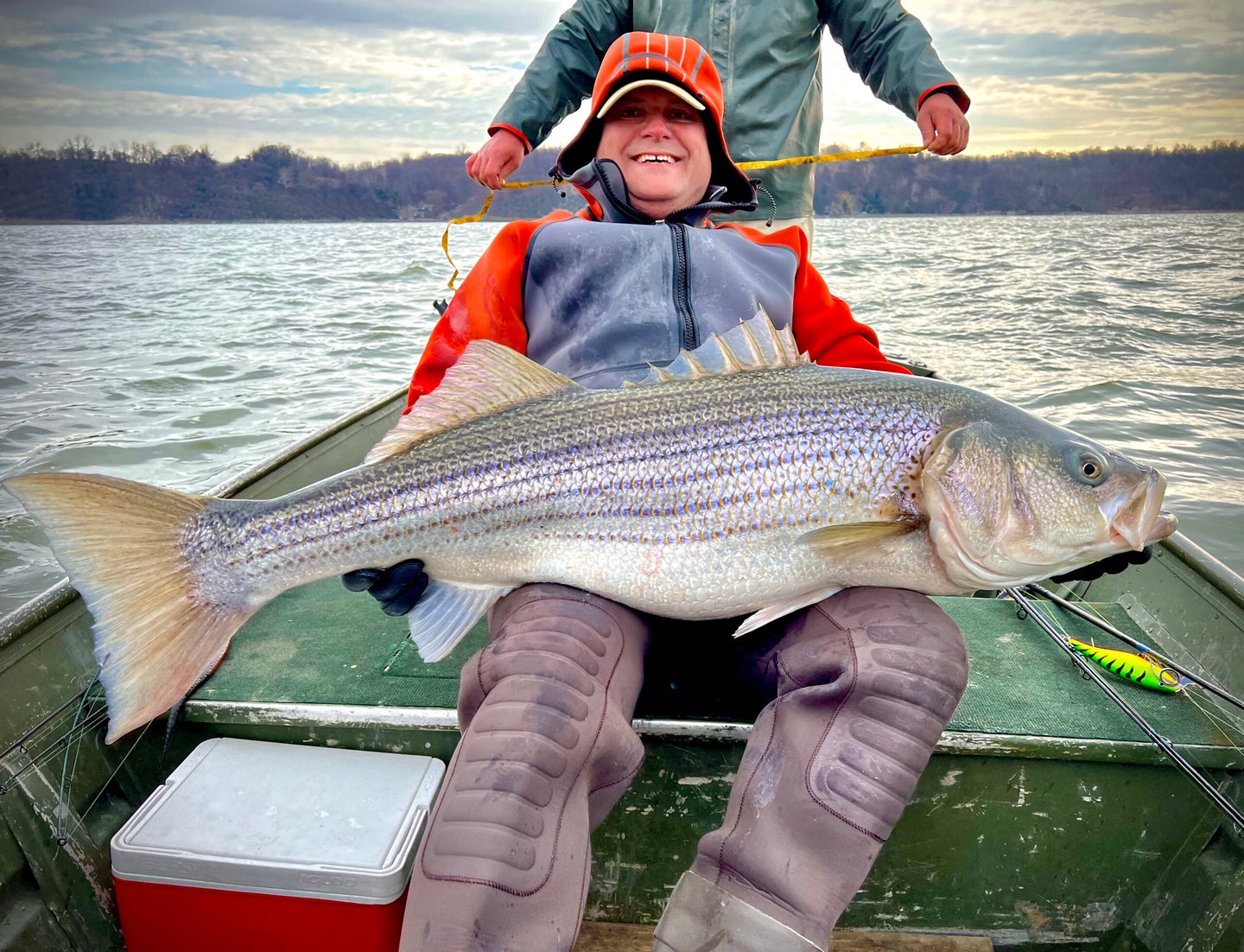 Dan Radman and his buddy Jon Chalon were casting and trolling for striped bass last month from a small 14-foot johnboat at the mouth of the Susquehanna River when they hooked into a fish that could have challenged the Maryland state record. The anglers had driven three hours from New Canaan, Connecticut to fish for giant stripers, as they do each spring and summer.

“We’d had a good morning on big stripers, starting about daybreak fishing upriver from the I-95 bridge over the Susquehanna,” says Radman.  “We’d each caught five stripers — all quickly landed and released alive. I had a 35-pounder and another fish in the mid-40s. Jon also had a good 40-pounder, caught and released.”

The anglers were casting and occasionally trolling with oversize crankbaits. Radman was using a giant Rapala Super Shad Rap in “firetiger” color. It was 9:45 a.m., and they were working an area where there were occasional snags. When Radman’s lure stopped suddenly and he couldn’t free it, he figured he was hung on bottom. Then his rod tip started to wobble and Radman figured out that it was a fish he’d hooked, not the river bottom.

“That’s when I set the hook, and the fish just took off fast,” says Radman.

The fish made several runs, but in about 10 minutes Radman had the massive striper at the boat, fighting the fish with an 8-foot medium-action spinning rod and 50-pound test braided line.

The anglers quickly unhooked the fish, made measurements, and released it. Radman says the striper was out of the water for less than a minute and swam away strong.

“We release all our big stripers,” he says. “And by Maryland law you can’t keep them in spring, but all we want is to catch them anyway.”

The striper had a 52.5-inch length, and a 32-inch girth. Using the striped bass weight formula, the fish weighed a stunning 67.2 pounds. That’s barely shy of Maryland’s official striper record of 67.5-pounds, caught in June 1995.

Radman and Chalon have a group chat going with several other buddies who are all fanatical striper anglers. It didn’t take long for Radman’s fish to make waves in the chat.