The giant, 3.65-pound white crappie was officially weighed, and it came in less than two ounces shy of the Louisiana state record 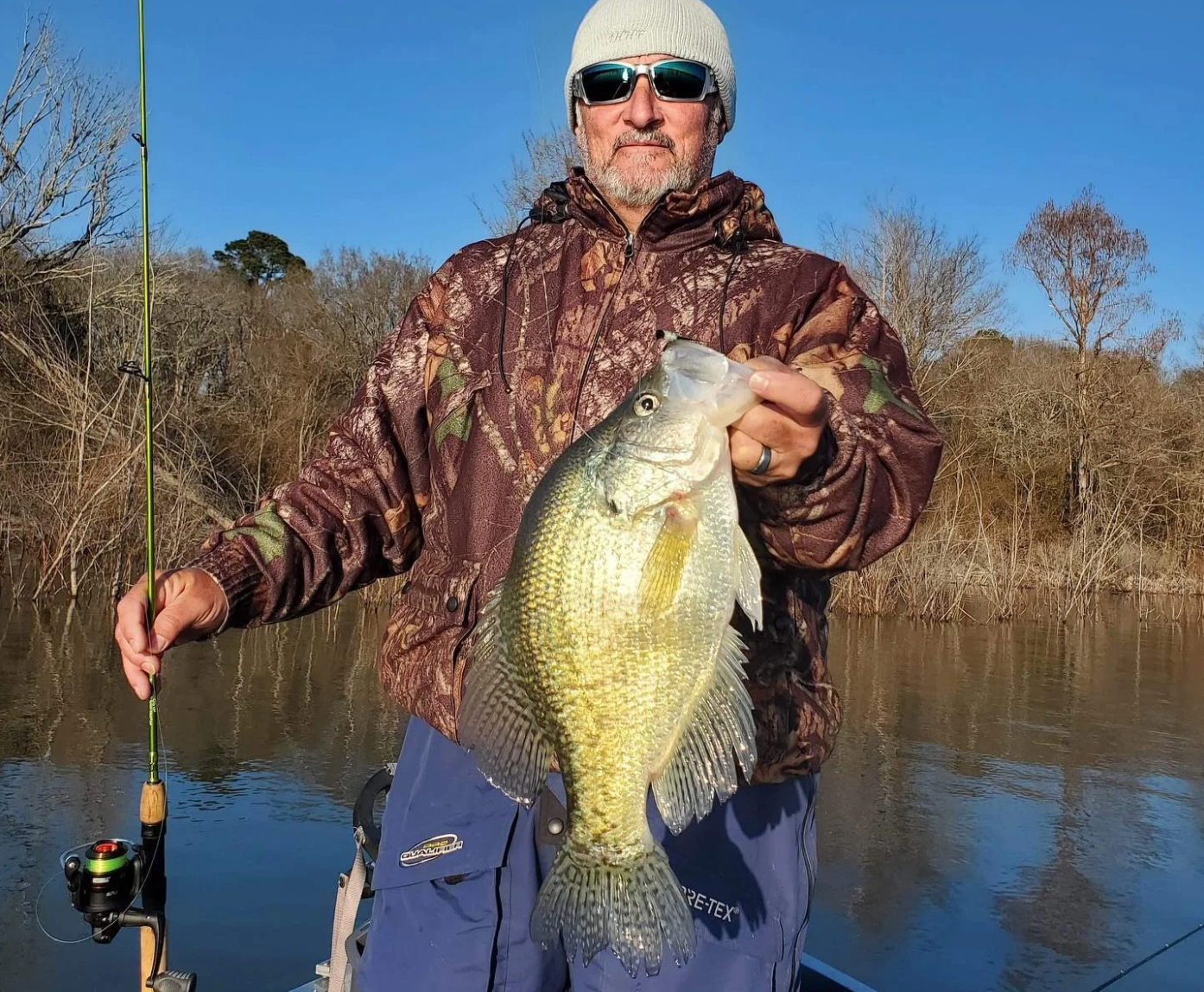 Early spring is crappie season throughout most of America. It’s when the heavyweight females head for shallow water to spawn, and it usually kicks off first in the Deep South, where the water warms up sooner than in the rest of the country. The fish often are bigger in Dixie, too, as witnessed by the giant, 3.65-pound white crappie caught by Farmerville, Louisiana angler Shane Hodge on Feb. 27. He caught the fish from Bussey Brake, a 2,200-acre reservoir north of Monroe near the Arkansas state line. Hodge’s heavyweight crappie is less than two ounces shy of the state-record 3.8-pound crappie, which was caught in May 2010 by angler Tim Ricca in Lake Verret, near Baton Rouge.

Hodge was fishing with crappie guide Steve Adams, who was using live sonar to pinpoint crappie-holding brush piles on a warm winter afternoon, according to the Daily Iberian. Throwing a 1/16-ounce, black-and-white hair jig, Hodge caught a 2.86-pound crappie—his personal best, and a fish that most panfish anglers would be envious of. But then Adams hooked an even bigger crappie that he lost at the boat. They watched the fish on live sonar as it moved back into a brush pile.

“Steve threw a bait at [the fish] again but it didn’t bite, so Steve told me to cast at it and I flipped my jig there and [the fish] ate it,” Hodge told the Daily Iberian. “We knew it was a big one, but had no idea how big until it came up and rolled on its side. Steve scooped it up with the net and we stopped and weighed it on his scale. It weighed 3.63 on his portable scale. We put it in the live well and we knew we needed to come get it weighed officially. But we had a hard time leaving because the big fish just kept biting.”

Hodge said the big crappies were holding in deep cover that was almost impossible to fish, but they’d occasionally swim out to open water chasing shade. Watching this back-and-forth movement on live sonar, the anglers were able to stick multiple big fish that day.

Both of Hodge’s crappies were kept frisky in the boat’s live well, and from there they were transported to a tackle shop on nearby Lake D’Arbonne, near Farmerville. They were weighed on certified scales, and documentation for the 3.65-pounder is being sent to the state for official recognition as the number-two crappie in Louisiana’s record book.

“This was one of those days you dream [about],” said Hodge. “Catching my personal best [crappie] twice in one day, that was awesome. And to be able to weigh it and find out it was almost a state record. That’s something.”