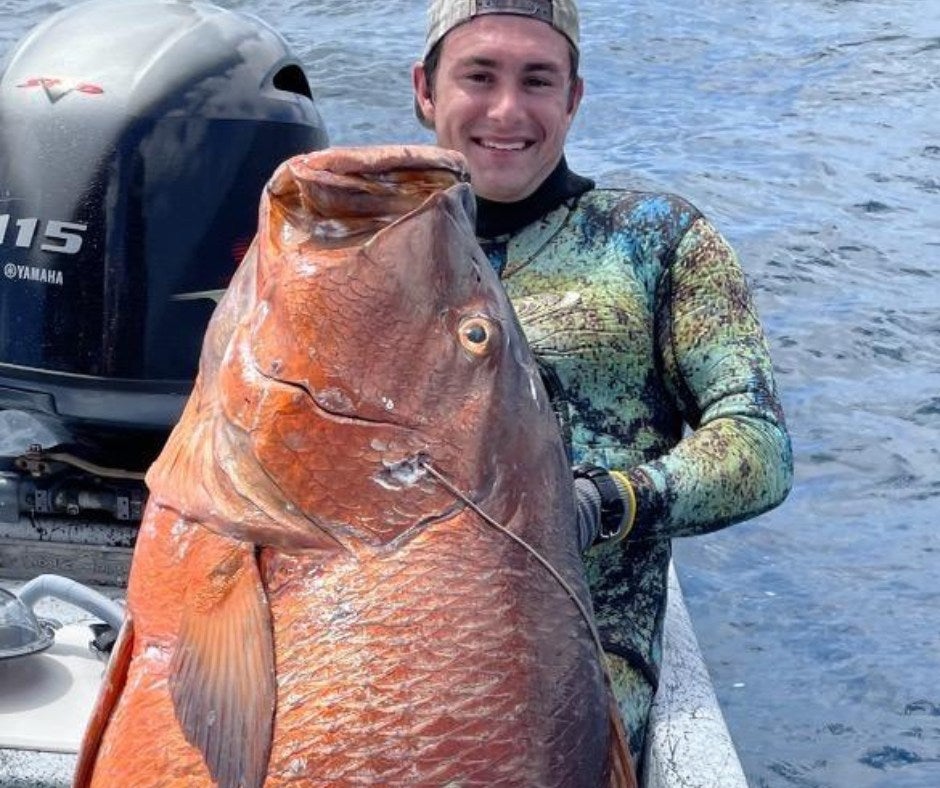 Free-diving spearfisherman Braden Sherron brought a massive Atlantic cubera snapper to the Port Aransas Fisherman’s Warf on June 3. After the fish was weighed, it was clear it would likely become a new world record. The huge snapper weighed 137 pounds, which would top the existing record by nearly 15 pounds. The photos of the catch went viral when they were posted to Facebook.

Some media stories praising Sherron’s catch touted the fish as a possible Texas state record or an International Game Fish Association record for Atlantic cubera snapper. However, Texas does not have a records category for spearfishing. And the IGFA only recognizes fish taken by rod and reel.

So, Sherron’s remarkable 137-pound cubera seemingly doesn’t qualify for either a Texas fishing record or the IGFA books.

However, Sherron’s catch likely will qualify as a world record for the International Underwater Spearfishing Association, which lists the current Atlantic cubera snapper world record as a 122.4-pound fish taken in 2006 off Brazil by Tarsio Storace.

Texas Parks and Wildlife Department shows the current rod-and-reel state record for the heaviest cubera snapper at 131 pounds, caught in 1983 off Port Mansfield by Ricky Preddy.

TPWD shows the state record cubera snapper caught by “other methods” was a 151-pound fish taken on a handline in 1984 by David Fotorny.

The All-Tackle IGFA world-record Atlantic cubera snapper is 124.75 pounds, and was caught off Louisiana in 2007. The 131-pound state-record fish from Texas is heavier, but it may not have been entered or was denied by IGFA as a certified catch.

Cuberas inhabit the Atlantic and Pacific oceans and there are fishing record categories for each ocean variety. They are the giants of the snapper family, which includes about 250 snapper types. You can find Sherron’s spearfishing videos on his YouTube page, but he hasn’t yet posted a video of his record catch.