J.D. Bond hauled in the biggest grass carp ever taken by a Georgia bowfisherman 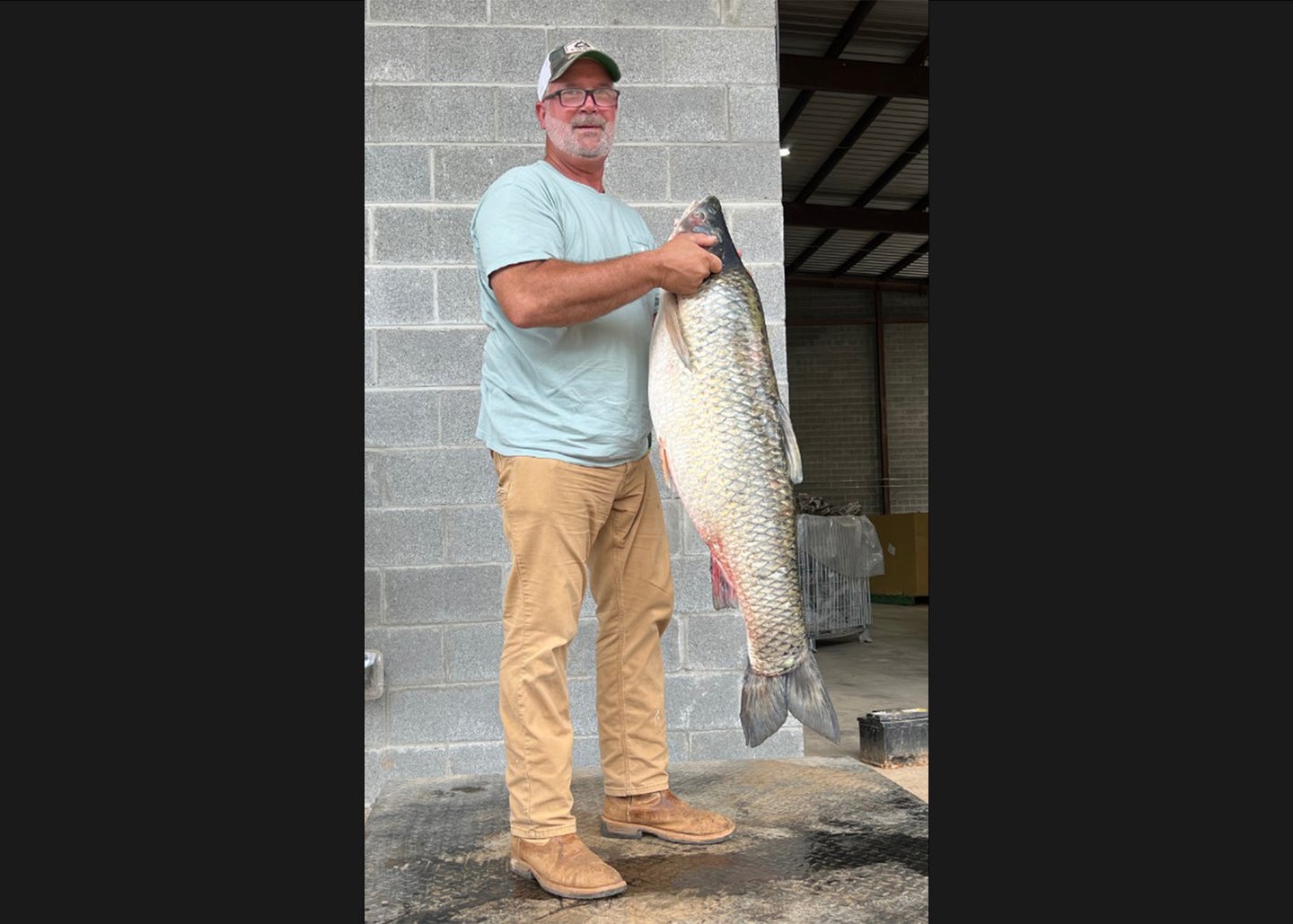 Quick reflexes by archer J.D. Bond of McDonough, Georgia, resulted in the biggest grass carp ever taken by a bowfisherman in the Peach State. The carp weighed 54 pounds.

According to Georgia Outdoor News, Bond was out hunting for big carp the night of June 20 with friends Rodney Witt and David Keener. They were on Lake Harding, which is a 6,0000-acre reservoir located north of Columbus and bordering Alabama. The three were in a specially rigged bowfishing jon boat made by Weldbilt. The rig was complete with high bow railings, a raised bow platform, and submerged lights.

They were drifting along slowly in the shallows when Bond suddenly spotted a big fish on the lake bottom in about two feet of water. He only had time enough to react quickly on archery instincts, drawing his bow and lining up his solid fiberglass arrow in a flash before releasing it.

He thought he’d hit his target, but the moving boat quickly went over the fish. He didn’t know if he’d even connected until line started peeling off his bowfishing reel. His partners decided they better chase the fish with their boat before the line broke or the fish pulled free. After they caught up with the fish, Witt and Keener help dispatch it with two additional arrows. They hauled the heavyweight grass carp aboard their boat, and right away Witt said: “I think we got a record. That’s a big ol’ carp!”

The grass carp weighed 54 pounds, and measured 48.5-inches long with a roughly 30-inch girth. The fish has officially been accepted as the state archery record by the Bowfishing Association of America.

While Bond’s massive grass carp is huge by any measure, it’s well short of the world archery record for the species. That 92-pound, 51.5-inch behemoth was arrowed by Bryan Hughes in May 2015 on Alabama’s Lake Guntersville.