Will U.S. Waters Ever Be Managed as Trophy Carp Fisheries?

Kansas considers management for trophy carp, but do enough anglers actually want it? 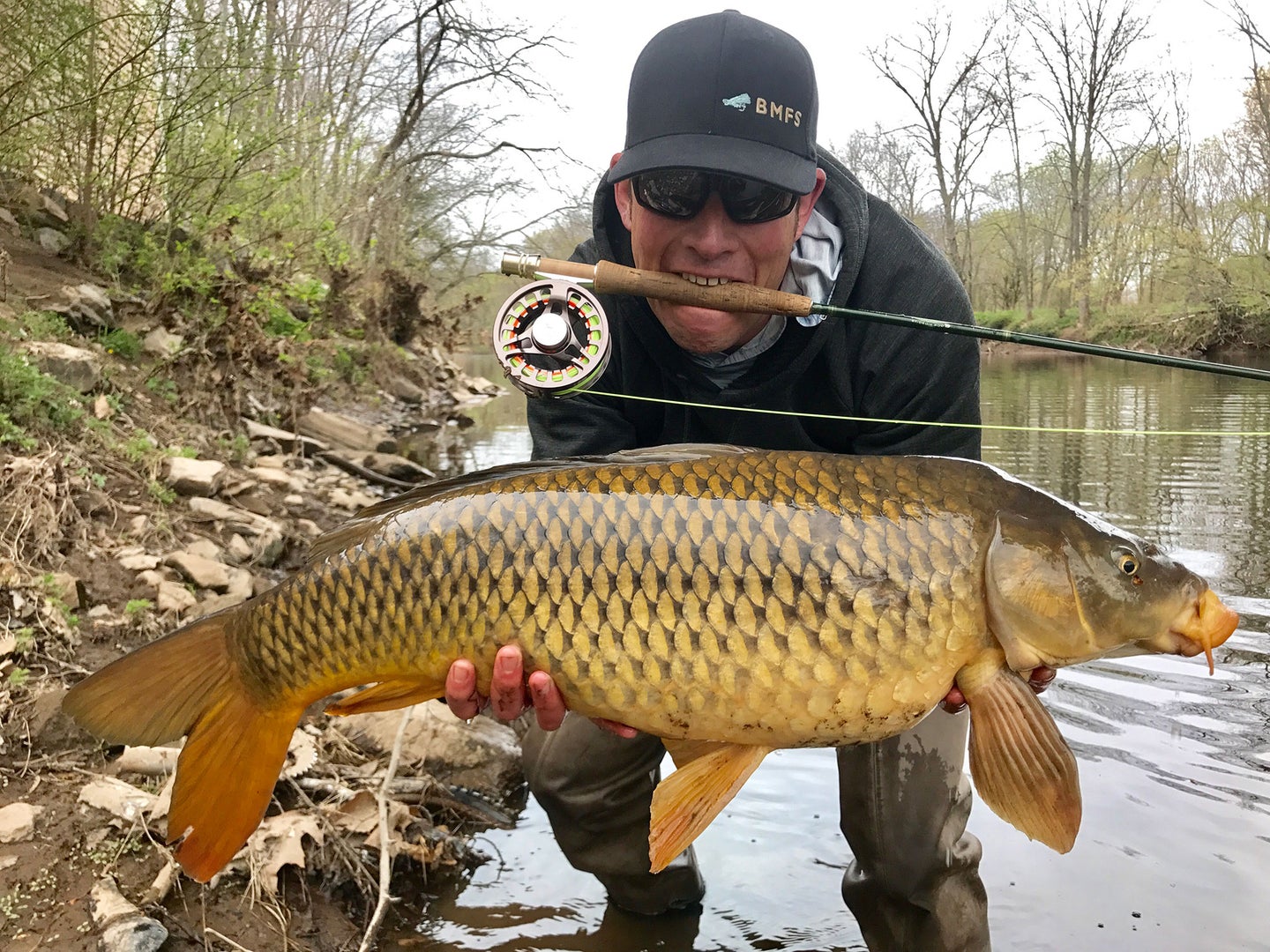 Some fly anglers consider the common carp to be a true trophy gamefish. Joe Cermele
SHARE

How do you feel about common carp? No doubt, they have their zealots in the U.S., some of whom chase them with fly rods, while others use bite alarms, boilies, and specialty rigs adopted from the thriving carp culture in Europe. If you’re a bow fisherman, carp are nothing but targets. I would suspect, though, that the vast majority of anglers in American would say they don’t feel one way or another about carp—they’re just kind of there. They don’t really get in the way of other fish people love to target, and their discerning nature means they won’t often beat catfish or panfish to your bait. But recently, the state of Kansas wanted to know exactly how anglers felt about common carp, with the goal of figuring out how to better manage the species—this isn’t something most states seem to worry about. So, the state conducted a survey, and the results are pretty interesting.

According to the story on Ksn.com, the Kansas Department of Wildlife and Parks mailed 2,000 surveys to residents who had purchased a fishing license. They also posted the survey on social media so it could be taken digitally. One of the key things the department was trying to determine was how big a carp had to be for anglers to consider it a trophy. The plan was to use that information to decide if certain waterbodies should be managed to support trophy-class fish, but what they seemed to find was an over-all disinterest in carp, which I’d have called very predictable.

From the story: The first question asked, “Have you ever specifically targeted common carp using any method?” Postcard responses showed that 68% had never intentionally fished for common carp, while 32% had. The KDWP reports that the exact opposite occurred in the online responses they received.

The next question asked which method the angler used most often. Both in the social and postcard responses, the majority of respondents said they used rod-and-reel, with a strong amount also reporting that they use bowfishing. These two groups are what the survey results focus on.

What those results tell me is that there are more carp zealots on social media because it’s easier to find pages and groups of like-minded anglers that glorify carp. Interestingly, both rod-and-reel anglers and bow fishermen agreed that the 20-pound mark designates a trophy. Likewise, both groups were, “largely neutral,” when asked if they believed there should be water body management specific to carp. However, when asked how they thought carp should be managed if KDWP moved forward, the answers were complete opposites.

READ NEXT: The Best Carp Baits

The Results Are… Not Surprising

Bow fishermen believe Kansas is overrun with common carp and that they’re detrimental to the environment—a common stance and opinion among bow fishermen in every state. They advocated for more disposal sites for the carp they shoot. Meanwhile, rod-and-reel anglers said there needs to be stronger regulations put on carp, particularly a maximum length limit put in place, whether you’re slinging a dough ball or an arrow.

Per the story, Kansas seemed serious about imposing a length limit, but here is where modern (though niche) carp obsession and the old-school way of figuring out how to manage species collided. KDWP’s final survey question was, would you harvest carp that met the legal limit if we imposed one? Not surprisingly, 75% of responders said they would not.

KDWP closed its finding in its monthly newsletter with the following: At this time, we would consider it more likely that we simply point those interested anglers towards waters where we find those [trophy] fish than to implement regulations specifically to develop other trophy waters

In my opinion, Kansas put a lot of time and effort into arriving at a conclusion that has already been well established—a few people really love carp, more want to kill them all, and even more don’t care about them. I happen to see all sides.

Flyfishing for carp is one of my favorite things to do. I’ve also spent many hours with folks who were ate up with the European method, which entails tackle and techniques that aren’t common here. I loved learning the intricacies of those carp-obsessed anglers. But the bottom line is that no matter how hard certain groups try to elevate the common carp, or how much they try to protect them, I don’t believe we will ever see a carp culture that rivals the one in Europe.

In England, as an example, anglers spend thousands of dollars a year to fish private carp lakes. Specialty carp baits and tackle drive a large portion of the European recreational fishing industries sales. In some lakes, carp are named, and those names—especially when the fish is a rare strain or extremely large—are spoken with reverence. Management requires funding, so until states like Kansas can say a significant chunk of revenue is derived from recreational carp angling, I don’t believe the handful of people who are nuts about them will ever see them managed for a trophy fishery.

I also don’t believe that’s necessarily bad news, because even without management in place, there is no shortage of carp in this country for the people who want to target them.