How to Fish for Fall Musky Just Before the Freeze

When water temperatures dip into the 40s, that’s when you can land the musky of your life 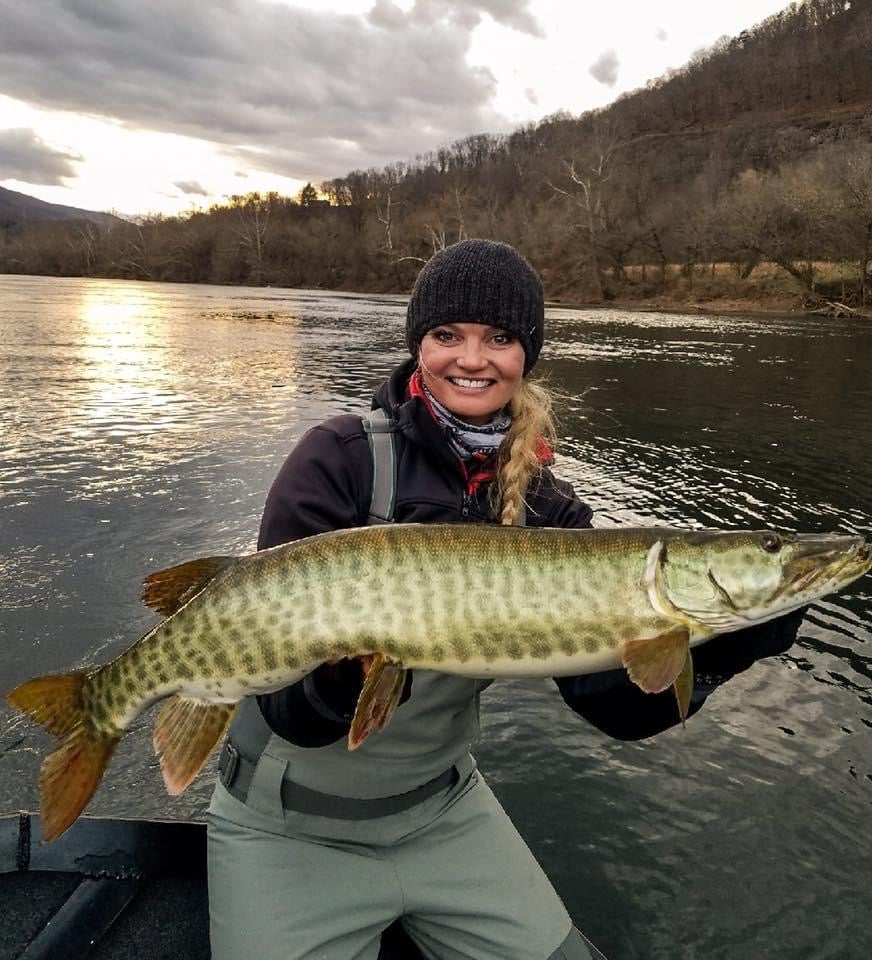 You can catch big musky when the water temp dips into the 40s. Kristine Fischer
SHARE

When the weather forecast calls for multiple days of temperatures in the teens, most anglers know freshwater fishing is coming to an end. But just before water starts to lock up is actually one of the best times to target trophy musky.

To catch a late fall musky (the few weeks before water begins to freeze), you need to know where they go, and why. This can be as late as December or as early as October depending on where you fish. Here is how to catch big musky when the water temps fall into the 40s.

Where to Find Big Fall Musky

Before lakes freeze, musky have an innate urgency to feed heavily so that they can store up body fat to sustain them through the winter. This means the largest fish (who need the most food) in the body of water you’re fishing are more likely to bite. Muskies will stick to areas that are close to deep water; areas that have steep breaks, or points with steep breaks. When it comes to structure for late fall fishing, hard bottom is key. Looking for large boulders or rocks on points or off of breaks can be very productive.  In addition, deep timber or big laydowns off of steep breaks are also good areas where big muskies will lurk.

Another factor to consider is food. Muskies won’t be far from the baitfish when it turns cold, so locating the bait will help clue you in on where the muskies are. Chances are if you find bait suspended on a rocky point, a musky is likely nearby.

How to Fish Late Fall Musky

Your tactics must coincide with how deep the musky are in the body of water you are fishing. This time of year, muskies don’t want to expend energy chasing small, fast-moving baits. They like erratic jerk baits and crank baits, as well as large rubber, live sucker rigs, and vertical jigging presentations.

Keep in mind that sometimes the key is working these baits painstakingly slow, especially when fishing deep water. Bites this time of year usually are more subtle, and a little more difficult to detect if you aren’t paying attention.

Read Next: The Best Musky Lures

If you’re on a body of water that you’re unfamiliar with, trolling a crank bait is a great way to learn the area, and entice a musky to bite.  If you troll along the breaks, points, and structure in the lake, you’re able to graph for bait, and learn the lay of the land while potentially putting your bait in front of a big fish.  In addition to knowing where to look and what baits to cast, anglers venturing out in freezing temperatures need to be mentally and physically prepare for the task at hand. Dressing warm and casting until you can’t feel your fingers are part of “fun” of fall musky fishing.  It takes grit and persistence, and if you can muster both, you co