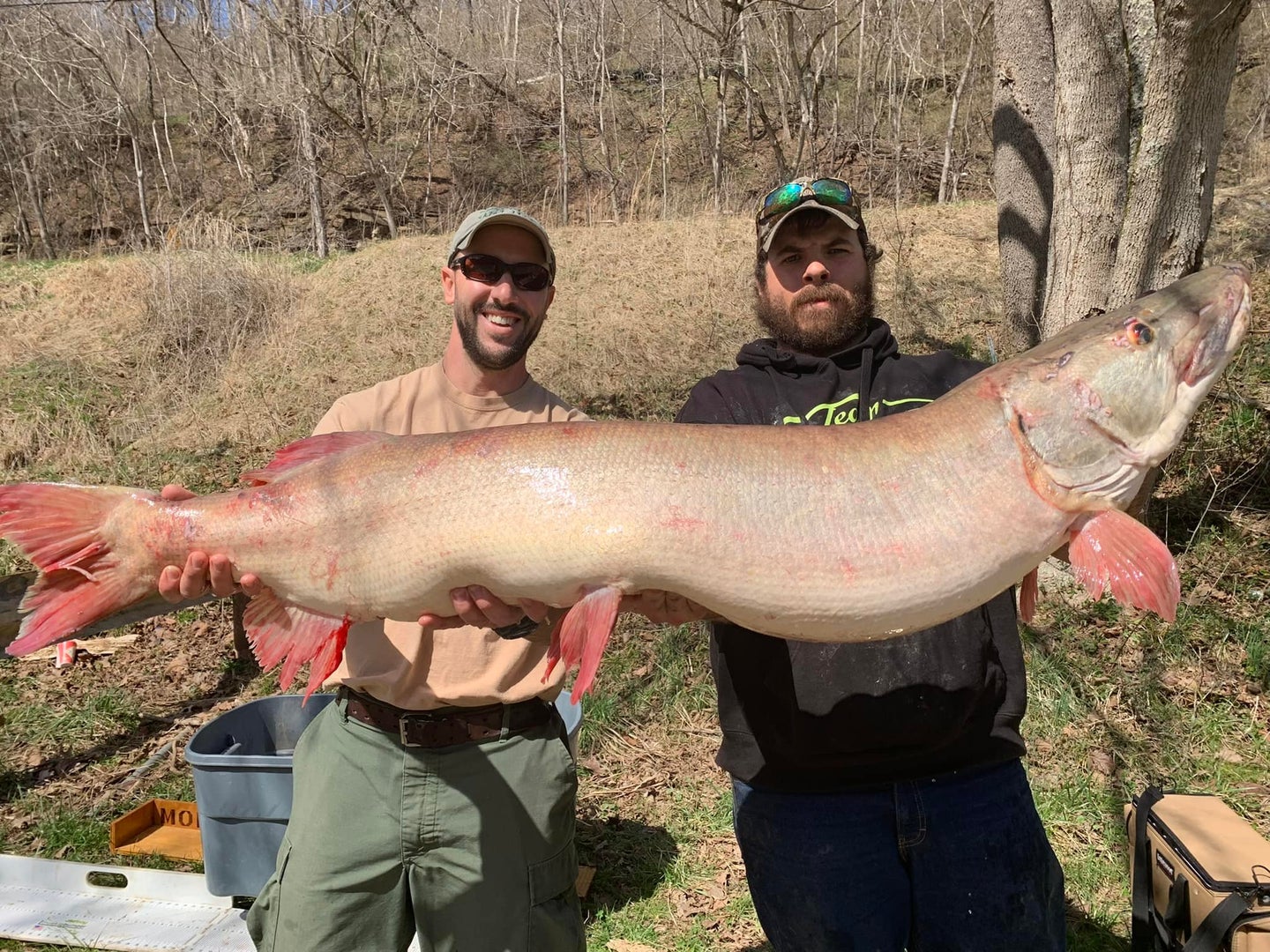 It was Saturday morning, Mar. 19, and Luke King, 27, was up early to cast for muskies on his beloved Little Kanawha River in Braxton County West Virginia.

“I headed to a shoreline place about two miles from where I live and thought I’d make a few casts to see if there were any muskies cruising that morning,” he told Outdoor Life. “I got to a spot where a long, deep eddy of water came off a fast-water stretch and started casting a Hell Hound, hard-plastic glide bait.”

King made long casts across the 100-foot wide Little Kanawha River, which flows into the Ohio River many miles to the north. The shoreline pool he was casting has good bank access, and King has fished the spot often. He grew up chasing muskies on the river, catching his first one there at age 9. King fished the pool upstream for 100 yards, then turned around and fished downstream over the same stretch of water. Nothing.

“I’d caught many muskies there over the years,” says King. “I finally made a cast almost across the river to a shallow shelf on the far bank. I started a retrieve, twitching the plug several times. Then I just felt some weight, not a real hard strike. So I set the hook, and I could feel a fish shaking its head.”

The fish didn’t go berserk with high jumps and hard runs like some muskies do.

“She stayed deep, kind of bull-dogging, not like a catfish, but in the mid-depths,” says King. “The water temperature was a cool 44 degrees, and I’m sure that had much to do with her fight.”

“I’ve caught plenty of muskies over 50-inches, and I knew this fish was a heavy one,” he says.

The fish had completely engulfed the Hell Hound plug. When the muskie neared the bank, King scooped up the fish with a large landing net. He knew right away that it was a giant, and wanted to measure it, but didn’t have a tape or measuring board so he called for help. King eventually reached a friend who knew several state DNR officers, who were contacted. One said he was on his way to meet King at the river’s edge.

Meanwhile, King unhooked the muskie, and had it waiting calmly in his huge landing net in the shallows of the Little Kanawha River.

Eventually, Aaron Yeager a DNR assistant fish biologist arrived on the scene with a measuring board and a scale. They taped the fish at 55 1/16-inches in length, with a 27-inch girth. They kept the fish alive and frisky in a specially aerated live tank that Yeager had in his truck. Then they trucked the fish to a certified weigh scale at a feed store in the town of Gassaway, where it was officially weighed at 51 pounds.

“The fish was in great shape in the oxygenated tank that Yeager had, and it was released unharmed back into the river,” says King.

King filled out all appropriate paperwork with Yeager to register the fish as the new state-record muskie for weight and overall length. With Yeager present to witness the weighing and measuring, it’s a virtual certainty it will rank number one in the West Virginia record book.

“I never would have put that fish through this process if the water hadn’t been cold and it was handled well by a fisheries biologist with a highly-aerated tank,” says King. “This is all about the fish, and I was for sure going to release this great musky alive and well.”