You don't have to camp out on the ice to catch fish this winter. Head south to these three spots for opportunities on big open-water fish 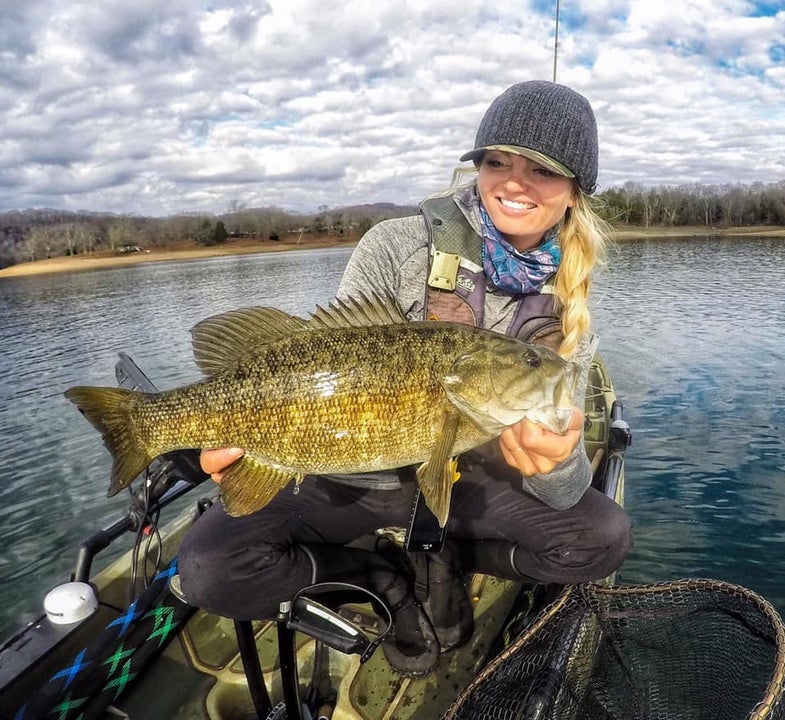 You don't have to spend the winter ice fishing. Kristine Fischer
SHARE

While I was growing up in the Midwest, I spent the winter on frozen ponds, jigging for pan fish. It was all I knew. Once the freeze hit, I put all my open water gear away and wouldn’t unpack it again until mid-March. But now that I spend the winter in the South, it has become my favorite time of year to fish open water.

Florida and Texas are popular for winter anglers, but there’s lots more opportunity outside of those two states. I’ll share with you some of my favorite waters to catch trophy fish when the northern states are frosted over. But don’t get too excited—I’m not going to give you any specific locations. I’ll get you started, but finding fish is something you will have to do on your own. Here are three bodies of water to target for smallmouth and largemouth bass, as well as muskie.

The current world-record smallmouth bass (11 pounds, 15 ounces) was caught from Dale Hollow, which stretches across Tennessee and Kentucky. If you like hooking into bronzebacks, this is the place to go. December is my favorite month to target them here because of the potential for catching trophy-size fish. The smallmouth bite can be very predictable this time of year if you target gravel bars, main lake points and saddles, and steep banks near the mouths of the creeks.

Weaving through Virginia and the Appalachian Mountains, the James is home to a large variety of freshwater species, but my main target during the winter is muskie. The James is incredibly scenic, and rural in most parts, so it’s the perfect place for anglers to chuck big baits and disconnect. Musky will congregate in the deeper pools during the winter months, and often this will be your best chance to land a giant.

The Chick has a reputation for producing a plethora of big bass each year, and many of those fish are caught in February. Bass can be caught deep or shallow this time of year. You just have to be patient. The winter bite can be fickle, so go in expecting to cast for quality bites over quantity. Anglers who venture out on Tennessee’s Lake Chickamauga may only be fishing for one bite, but there’s a very good chance that bass could weigh over 10 pounds.

Kristine Fischer has been a professional kayak tournament angler since 2015. She grew up fishing small ponds and lakes in Nebraska and has since turned that childhood passion into a career. When she's not fishing the Hobie Bass Open Series, Kristine is still fishing somewhere. She's also an avid muskie angler and ice fisherman.