Maryland Will Pay You to Catch, Kill, and Report Tagged Northern Snakeheads

Anglers are already encouraged to kill the invasive fish whenever they catch one. Now they can make some beer money for their trouble 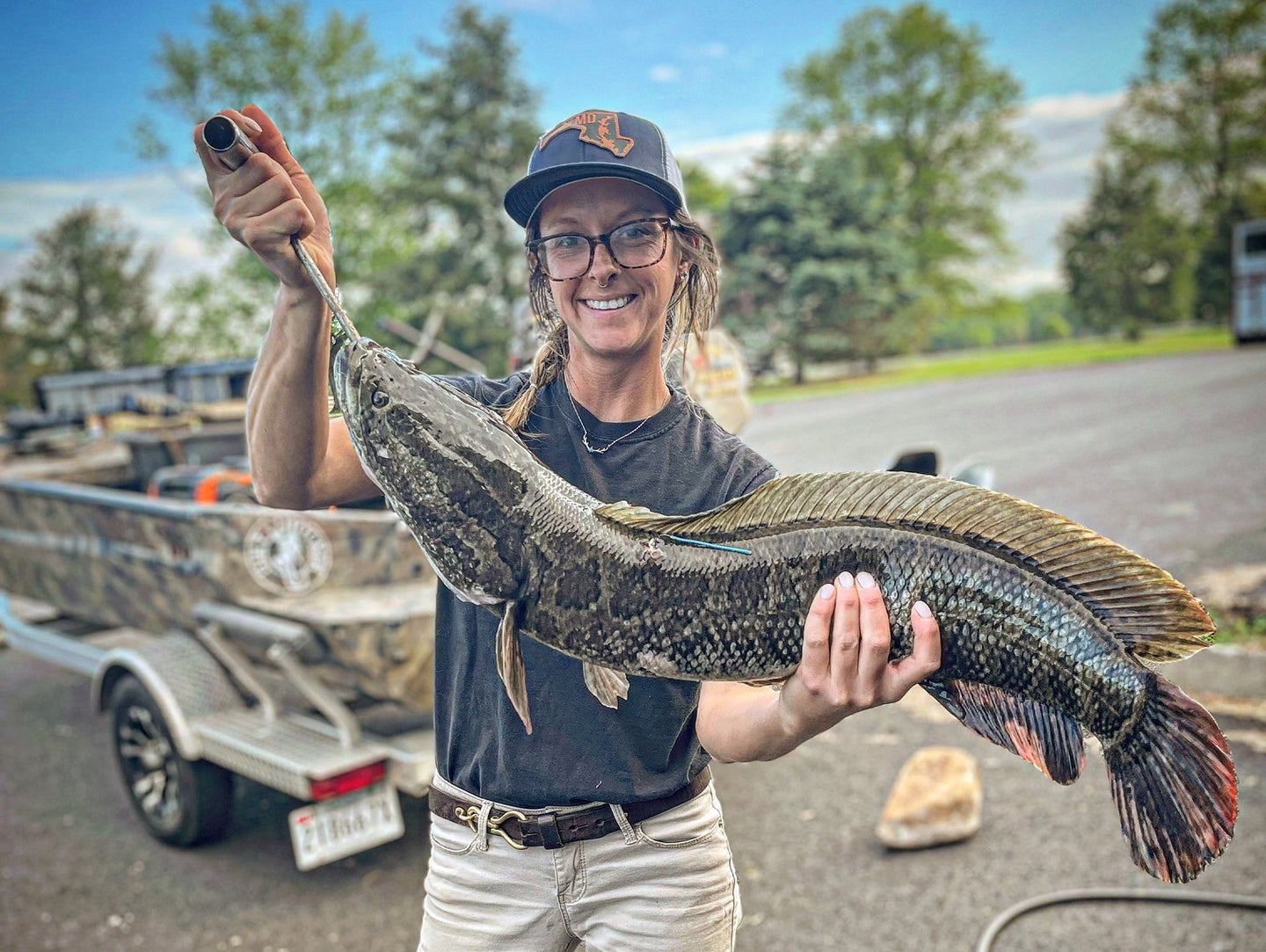 An angler holds up a dead snakehead back at the boat ramp. Photo submitted to Maryland DNR by Josh Trenary
SHARE

Want to get paid to fish? If so, make your way to Maryland, where wildlife officials have instituted a new “fish for cash” program in an effort to get a more accurate count of northern snakeheads in Chesapeake Bay.

Together with the U.S. Fish and Wildlife Service, the Maryland Department of Natural Resources just launched a tagging program that incentivizes anglers to catch, kill, and report northern snakehead fish. The agency has long tried to repress the spread of the invasive species throughout the state by encouraging anglers to kill and keep every snakehead they catch, and by asking them to report any snakeheads caught outside the Potomac River and its tributaries. This is just the first time that the DNR has actually paid them to do so.

The program differs from other state-run wildlife bounty programs in that anglers will only get paid for catching and reporting tagged snakeheads. Fisheries managers with the DNR have already placed yellow and blue tags on 250 fish in the Blackwater River and Chesapeake Bay so far, and they plan to tag another 250 this summer.

After catching a tagged snakehead, anglers participating in the program are required to write down the tag number, take a picture of their catch, and report it to the USFWS by calling 800-488-8322. After a brief review of the information provided, officials will mail out the payment. Depending on the color of the tag, anglers can receive a gift card ranging from $10 to $200.

“This is the first time we’ve given out cash for recording tags of snakeheads,” the DNR’s program manager Joseph W. Love told The Washington Post. “We’re doing this because we want to know how many snakeheads are getting harvested. This [incentive] will help us get that information.”

The reward program will run until 2024. If it proves successful, the program could potentially be carried over the Potomac River and other waterways, where wildlife officials rely wholly on voluntary reporting to estimate population sizes.

The Threat Posed by Snakeheads in the Northeast

Northern snakeheads originally came to the United States from Asia. The first established population was discovered in Maryland in 2002, and they were most likely released from fish markets, according to the USDA. Because these predatory fish feed on native fish species and compete with them for food—and because fully grown snakeheads don’t have any major predators—they can seriously disrupt native ecosystems.

“Snakeheads eat similar prey resources as largemouth bass and other top predators in the ecosystem, but that could become a problem if there’s limited prey,” Love explained.

Read Next: Catching Muskie and Pike in Warm Water Can Kill Them

Attitudes regarding snakeheads have changed somewhat since the fish was first discovered 20 years ago. Back then, everyone assumed they would eat everything in sight and completely take over local waterways. But substantial research has since proven that these fears—while not unfounded—might be slightly overblown. There are still plenty of bass and other native sport fish living in the Blackwater River, for example.

At the same time, snakeheads have also become an increasingly popular target species for anglers. Many fishermen and women have come to appreciate these aggressive, hard-fighting fish that, as an added bonus, make pretty good table fare.

The threat that snakeheads pose to native fish populations still exists, however. And the DNR’s recently launched tagging program should help fisheries managers create better management strategies in order to mitigate the ecological impacts that snakehead have on Maryland’s rivers and bays.