Catching Muskie and Pike in Warm Water Can Kill Them 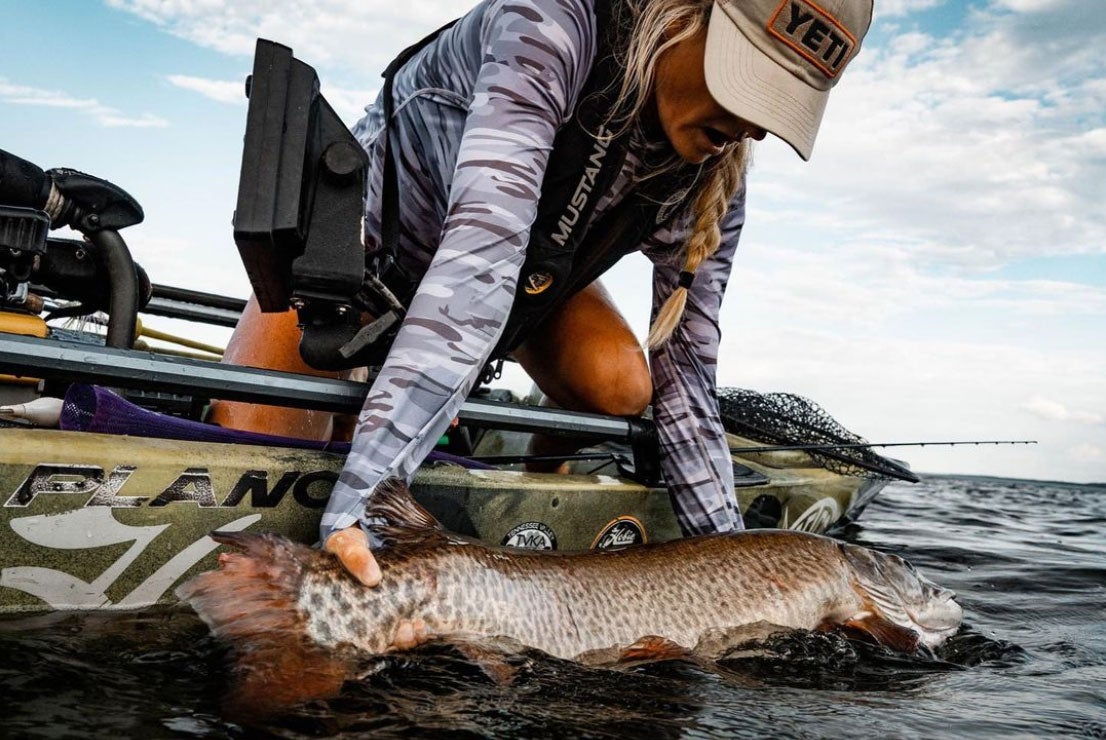 Target muskies when the water temps are below 75 degrees, and keep them in the water as much as possible. Kristine Fischer
SHARE

In July of 2017, I was guiding a group of kayak bass anglers on Lake Wanahoo, a flood control reservoir in southeast Nebraska that was built in 2012. The lake is stocked with bass, panfish, blue catfish, walleye, and northern pike, which flourished in the years after the lake opened. At the time, I had caught more than 25 northerns that exceeded 40 inches from Wanahoo, rivaling some of the best I had hooked on Canadian and Minnesota Boundary Water lakes famous for holding giant pike.

There was a creek that fed into the lake lined with heavy vegetation, ideal for frog fishing big bass. The creek was almost 10 degrees cooler than the main body, which was reading 90 degrees. As we made our way to the big water, a foul smell hit us. That’s when I noticed the first dead fish.

It was pushing 40 inches, belly up and bloated—a trophy pike. My stomach began to knot as I glanced over to the other side of the creek and noticed three more dead northerns. As we continued up the creek, I counted 16 dead pike. The die-off continued over the next few years until the bottom fell out on trophy pike fishing at Lake Wanahoo.

Pike and muskie look like lean, mean fighting machines, but the esox genus is one of the more fragile freshwater fish there is. Pike, and especially muskie, are known to not only prefer, but rely on cooler water temperature to live.  Therefore, you won’t find them in the southern part of the U.S. because they simply cannot survive—the water is too hot.

At Lake Wanahoo, the pike took refuge in that creek, where the water temperature hovered around 80 to 85 degrees in the warmest months of the year. That also made them highly suspectable to being caught by anglers, many of whom would catch them on light tackle while fishing for other species. That only furthered their fatigue and decreased their chances of survival.

Over the years, esox experts have conducted studies (mostly musike) like this one by West Virginia University, on delayed mortality in these warmer temperatures. Though the results have varied, most studies concur that a good rule of thumb is to not target pike and muskie when water temperatures exceed 75 degrees. Some will say it’s safe to fish esox in 80-degree water, but this is more applicable to larger reservoirs that have cooler water just above the thermocline (transition water between the warmer surface water and cooler deeper water) that musky can revive in.

Also, other studies, like a 2011 report from Carleton University, Muskies Canada, and the University of Illinois, have found that just because a fish swims off, doesn’t mean it survives. Delayed mortality is a real problem and tracking fish over the years has shown that fish caught in warmer water can die a day or two after being caught even though some won’t float to the surface like the pike in that Nebraska creek.

Read Next: A Tournament Angler’s Case for Safely Fizzing Bass Before Release

What if You Hook a Summer Muskie or Pike?

Muskie and pike conservationists urge anglers to consider this information before targeting either species in the summer months.  However, many times musky eat smaller in the summer, which results in several accidental run-ins with bass, walleye, and pan-fish anglers. Here is what to do if that happens to you.

Implementing such measures ensures the best possible future for these freshwater predator fish. It’s not uncommon for average anglers to be unaware that pike and muskie are delicate creatures. Like I said, they look mean and aggressive, but they also need the right habitat conditions to survive. If you see someone casting for muskie when the water temperatures are too high, politely inform them it’s unhealthy for the fishery. If they don’t believe you tell them the story of Lake Wanahoo.