Fishing Kept Me Off the Streets and Out of Trouble. Now It’s Time to Pass on What I’ve Learned

My father was an expert hunter and angler in Mexico, and his knowledge is benefiting kids in the U.S. 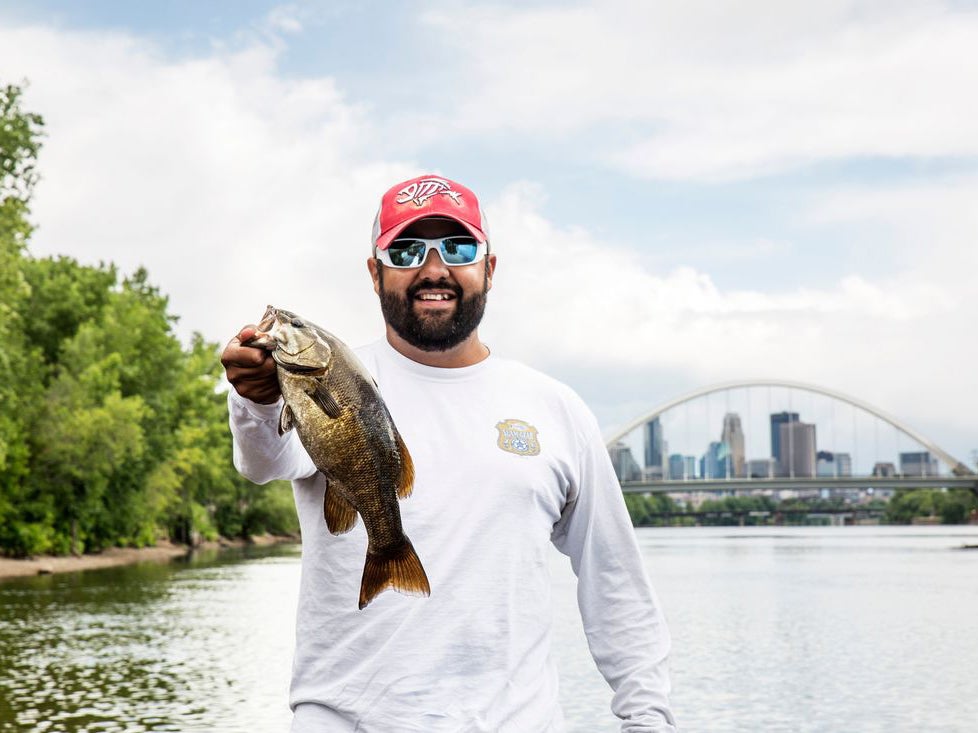 The author with a nice smallmouth caught in Minneapolis. Raymundo Ruiz Jr.
SHARE

Editor’s Note: If there’s one thing that’s certain after these last few weeks, it’s that Americans need to come together. To do that, we first must listen to those of us who have been ignored for too long. At Outdoor Life, that means Black and other minority hunters and anglers who don’t often see themselves represented in the hunting and fishing community. We’re running a collection of essays to tell their stories and share their perspectives.

Other kids never talked about hunting and fishing when I was growing up. I was raised in the barrios of Chicago, where, by the time we were teenagers, many kids were joining gangs, getting into trouble, or dealing drugs. Many of my peers ended up in jail. But I was fortunate to have two amazing, loving parents who sacrificed a lot to give me opportunities that they never had, like a good education. They also made sure that I got to experience the good things they did have when they were growing up in Mexico—like hunting and fishing.

One of my earliest memories is my father taking us to the Kankakee River, where I began developing my angling skills, and more importantly, where I discovered my passion for fishing. My father, an immigrant from the state of Jalisco, Mexico, came from a small mountain town called Poncitlán. As a youngster, he would fish and hunt for rabbits, squirrels, deer, and birds. He did this to feed his brothers and sisters, and over time, he became an expert outdoorsman. From him, I learned the skills to get started. Then, as all kids do, I developed them into my own style and techniques.

Those memories of fishing with him still burn bright. I was 5 when I caught my first 3-pound bass. I caught it with my Zebco 404 on a 1/8-ounce purple June bug beetle spin. That fish changed my life. I became obsessed with fishing. I marveled at the idea that I could fool a fish into taking my lure. I asked myself, “How the hell did I catch this fish using this fake, artificial bait?” (It’s a question that I still ask myself today.)

That obsession with fishing motivated me to ride my bike back-and-forth through dangerous, gang-infested neighborhoods of Chicago all the way to Lincoln Park Zoo Lagoon for the chance to catch bass, crappie, and bluegills. When I think about it now, it seems stupid and dangerous. But as a kid, I wasn’t thinking about the danger. The only thing that mattered was hooking into another monster bass, and the feeling that came with it.

At 16, I competed in my first fishing tournament on the Fox River, and continued fishing tournaments throughout high school and college. There was something about competing that was very humbling—I lost more than I ever won. But the true value was in those losses and the lessons they imparted. I learned a ton as I competed, and chased fish through all kinds of conditions and habitats.

After college, I went to work in the hospitality industry. The restaurant, bar, and nightclub business really sharpened my people skills and I grew comfortable around different personalities. I developed some great relationships during this time, and eventually got a job in the the beer distribution business, which gave me the opportunity to travel all over the United States and Europe. Basically, I got paid to drink beer. Then one day, I got called into the office. My manager told me that the company was downsizing, and I’d be laid off.

I was pissed. And I told myself, I was never going to let anyone or any company dictate my future again. I had moved to Minnesota, the fishing mecca of the Midwest, and focused on an idea I had been thinking about for many years. For a long time, I saw a need for a fishing platform specifically catered to Spanish-speaking anglers. In 2017, I started Baztec, Minnesota’s first and only fishing website in Spanish. It’s dedicated to all Spanish speakers who want to learn fishing basics and fundamentals. I started creating videos, blogs, and newsletters, and then started teaching seminars and workshops with local nonprofit organizations. To my surprise, my small business has become a success.

Read Next: Why We’re Failing to Recruit African American Hunters (and How to Fix It)

Then one day, I found myself outside of an impressive, intimidating government building to meet with the Minnesota Department of Natural Resources to discuss how we might be able to collaborate. The DNR asked me to help run their “I Can Fish!” program in Spanish, which holds sessions in parks all over the state.

I jumped at the opportunity to get back to what I loved: fishing and the outdoors. This was my chance to pass on all the knowledge, wisdom, and techniques that I had learned from my father. The way I see it, by passing on what I know, I’m honoring my father and all the sacrifices he made. But I’m also honoring my family, my community, and nature itself. I hope—and truly believe—that the next generation of anglers will one day pass on the knowledge I’m sharing with them.