He just might know more about brook trout than anyone. Heed his advice on how to catch them 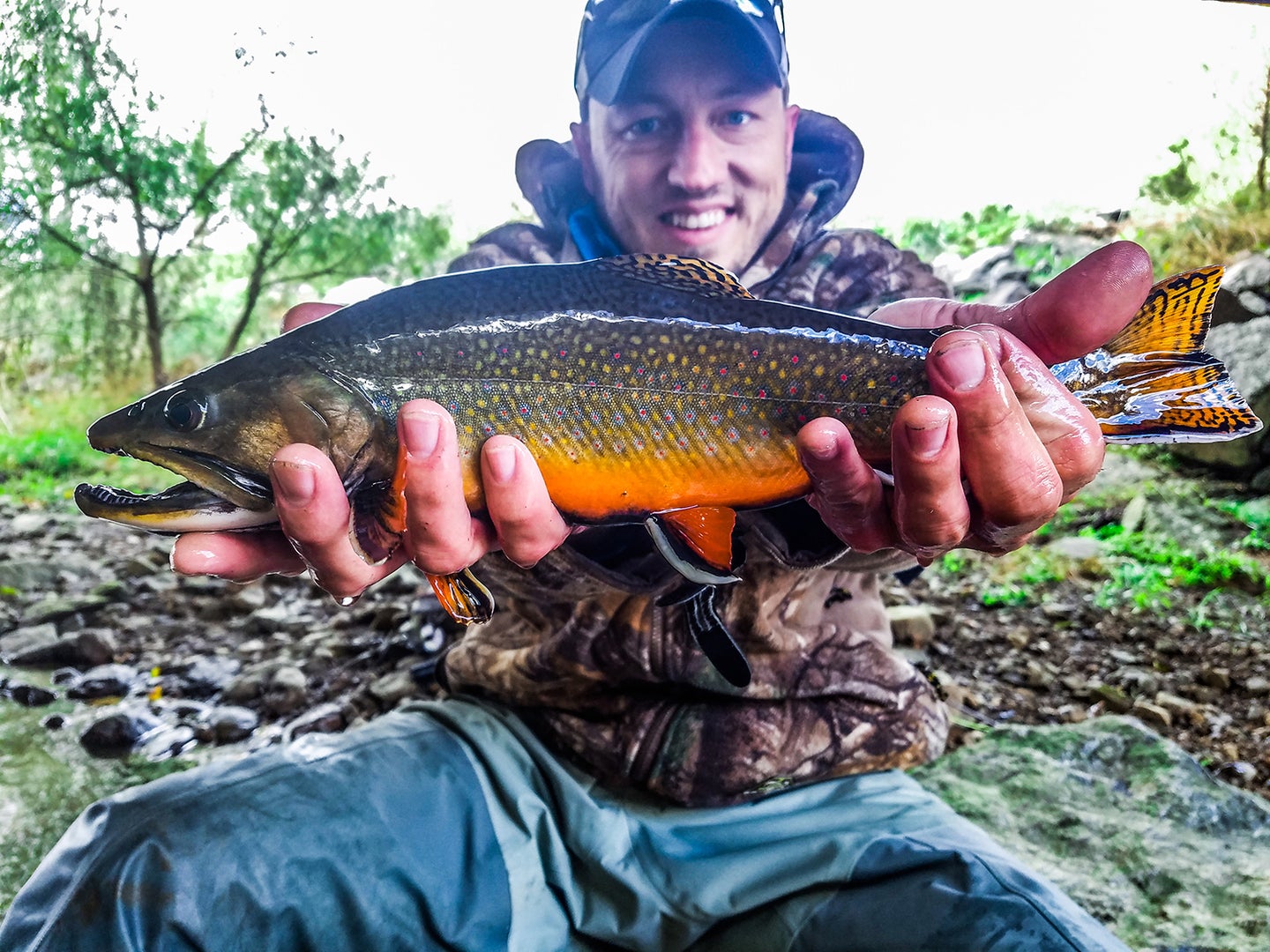 To say that native brook trout mean a lot to me would be a massive understatement. The love of these fish and the environments in which they are found is in my blood. I’ve spent my life in close proximity to brookies, and dedicated many years to their study and restoration. My daughter’s name, Brooklynn Vale, means stream in the valley, and the skin above my heart bears a tattoo version of our finned friends.

These fish are special to me because they represent purity and a connection to the past. Because of this obsession, I studied wildlife and fisheries resources as an undergraduate and later obtained an M.S. in the field. I worked in environmental consulting before coming to Trout Unlimited in 2012 because my personal mission aligned with theirs: to leave our children with cleaner waters than those we see today.

I am currently the Associate Director of Trout Unlimited’s (TU) Mid Atlantic Cold-Water Habitat Program based in West Virginia, Maryland, and Virginia. Together, with our partners, we have restored hundreds of miles of streams and many watersheds, engaged thousands of people in hands-in-the-water activities, and made our homes a better place to live.

I really don’t like to tell folks how to fish, as I’m simply glad to see people out there enjoying it. But the editors here at Outdoor Life asked me to answer a few questions about brookies, so I obliged. I hope it helps you catch a few more fish this year.

1. Outdoor Life: What do you suppose the attraction is—that so many anglers seemingly share—for catching a fish that rarely grows past the fingerling stage in most places?

Dustin Wichterman: First and foremost, I would not say that these fish rarely grow past the fingerling stage. Generally, but not always, you tend to find larger brook trout as you travel north. However, the spring creeks and more remote streams of the Mid-Atlantic region also produce 15-inch-plus fish to anglers willing to fish the distance. I’ve landed three verifiable native fish over 15 inches in West Virginia and have seen fish that I would say approach 20 inches. I hope that one day our work in this region helps to bolster populations with larger fish, and we are starting to see that happen. I like to say my dream is a 2-foot-long brookie.

When we do find small fish, they are often relegated to the uppermost headwaters of smaller, naturally less productive stream systems. Sometimes this is a result of poor land management practices and/or other invasive fish species.

What drives a lot of folks to fish for brook trout, regardless of size, are the places you find them, be it the spruce-lined lakes of the Adirondacks or majestic mountain streams filled with pockets of water formed by large boulders surrounded by wild-flowers, mushrooms, edible plants, bears, whitetail deer, and all sorts of creepy crawly critters to get your hands on.

When you’re in those places, you can feel like maybe, just maybe, no one has ever been to the place you find yourself standing. You feel a pounding in your chest from the excitement, and an unwillingness to stop fishing because you just never know what might be around that next bend. That is why we chase these fish.

2. OL: Are brookies the “dumbest” of all trout?

DW: No. I would give that title to hatchery trout. Regardless of species, hatchery trout originate in an environment in which the strongest survive because of their willingness to eat. (They may get smart eventually if they survive for long after they are stocked.)

Brook trout are not dumb, but opportunistic. They feed on the food that is presented to them, and readily, because it may be a while before they get another chance to eat something big and juicy.

Also, its darned hard to catch the larger brookies. I’ve spent hours throwing flies to 15-inch brook trout. You can ask my friends if that one’s true, as they both left me alone casting to fish that wouldn’t give me the time of day.

3. OL: What are the key ingredients for optimal brook trout habitat?

DW: There is a lot of science on this topic and, as science can be, some papers contradict others. Generally, though, they thrive in sub-70-degree, highly oxygenated water, with a rough pH range of 5 to 8. They can be found in a variety of habitats including ponds, lakes, oceans, large rivers, and small streams.

4. OL: It’s been said that brookies are the harbingers of good news about stream health. What’s that mean?

DW: Brook trout are sensitive to the effects of pollution; therefore, they tend to be the first species to disappear if something goes wrong in the watershed.

5. OL: Are there any tricks, tips, or shortcuts you have for finding good native brook trout water?

DW: It’s quite the opposite of shortcuts. Walk, walk, and walk. The farther from the roads you go, the better the fishing tends to get. Consistent cold water, which can be driven by elevation and/or spring inputs, is another key.

6. OL: If you had to pick one favorite fly per season, what would they be?

Reels don’t matter, but I use an Orvis Battenkill 2. I also use properly sized line for the rod, unlike a lot of folks who tend to size up. Tippet all depends on the water. High water conditions allow you to use any size, but when its small I usually don’t go lower 5X.

8. OL: Is it OK to keep a couple of brookies to eat on occasion or should we be releasing them all?

DW: Like many anglers, I began my trout fishing life keeping everything I caught. Lots of fish ended up in the freezer going to waste. I then went strictly catch and release for about five years. Now, every now and then, I keep one or two while I’m camping in the backcountry.

The main consideration is how productive the watershed is. Some brook trout streams have extremely low fish numbers per mile, and it could be quite easy to make a detrimental dent in the population if breeding fish are consistently harvested. Therefore, if I do keep a fish, it’s from somewhere with an abundant population. Like my TU license plate says, “Limit your kill, don’t kill your limit.”

Read Next: How to Catch Monster Bass with a Frog

9. OL: What’s the single most surprising fact that you’ve learned through your research about native brookies?

DW: I’ve personally observed brook trout build their redds in the exact same location annually. (Redds are where they lay their eggs during the spawn.) I’m not sure if they were the same fish or not, but the redd location exactly was the same. Odd.

10. OL: The brookies’ future seems to be promising in many places thanks to Trout Unlimited’s habitat work. What currently is your most important project and what do you hope to accomplish with it.

DW: I can’t say any of my projects are more important than the others, as they have the value of leaving future generations with cleaner water. That’s what a lot of my colleagues and I consider our legacy. However, I do have one project that is near and dear to my heart.

I’m currently working with other TU staff on a watershed assessment project on the Cherry River in West Virginia, where my grandfather taught me how to trout fish. We all have hopes that this assessment may drive some restoration funds to that watershed in the future.

The Cherry and the surrounding town of Richwood suffered catastrophic floods in 2016 and neither have fully recovered. Through multiple forms of stream and riparian restoration, I hope this project helps to amplify the river as an economic and recreational benefit to the community.