“We know it was a trophy class but, at that moment, it was good to let it go and watch it swim away.” 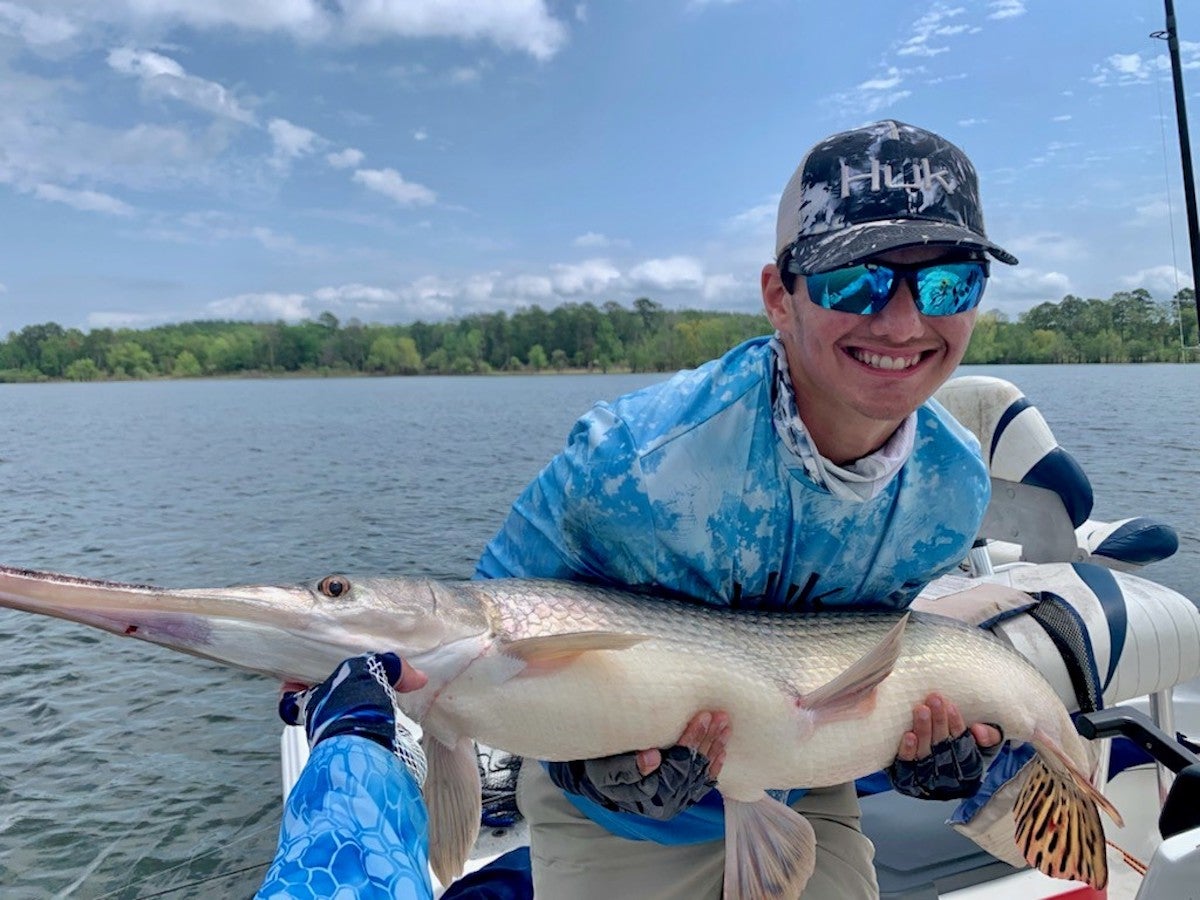 This has been the week of teenagers catching giant Texas gar. At just 16 years old, Callan Frazier caught a longnose gar rivaling the official state record in Lake Sam Rayburn, which is about 140 miles northeast of Huston.

The record was set by Amanda Martin in June 2021 when she landed a 58-inch long longnose gar that weighed 30.3 pounds out of the Brazos River, according to Texas Parks and Wildlife.

Frazier’s fish appears to be about the same size. While he and his father didn’t take official measurements of the fish or weigh it, Texas Parks and Wildlife say the unofficial measurement was “about 58 inches” in a Facebook post on April 25. Just yesterday we covered the story of the east Texas bowfisherman who shot a world record longnose gar.

Callan and his father, Bryan Frazier, were fishing for bass at Lake Sam Rayburn when he hooked the gar. At first, they thought it was a large bass but once the fish came close to the surface, they realized it was a massive gar. It took Frazer and his father about 10 minutes to reel it in, according to My San Antonio.

“It was an amazing fight,” Bryan said. “I’m thrilled for him. You know, I love to fish. I’ve been fishing all my life, but the one thing that’s better than catching a fish yourself is when your child catches a fish. It was a blast watching him fight.”

Bryan said he knew the fish was near record size, but the two of them still decided to let the fish go. “We know it was a trophy class but, at that moment, it was good to let it go and watch it swim away.”

“Watching my son, Callan, land any fish is always great, but seeing him fight a huge, record-class fish is really special and no doubt will be a memory we talk about forever,” Bryan said.

Callan was using crankbait, which is typical for bass but not for gar, making this catch even more surprising. “We were so surprised,” Bryan said. “They are so rare to come by, and we weren’t even fishing for them.”

While bass is much more common, longnose gar live in most Texas rivers, according to the parks department. The fish can be found in many other eastern U.S. states. And if you’re an angler near Lake Sam Rayburn, that giant gar is still out there.