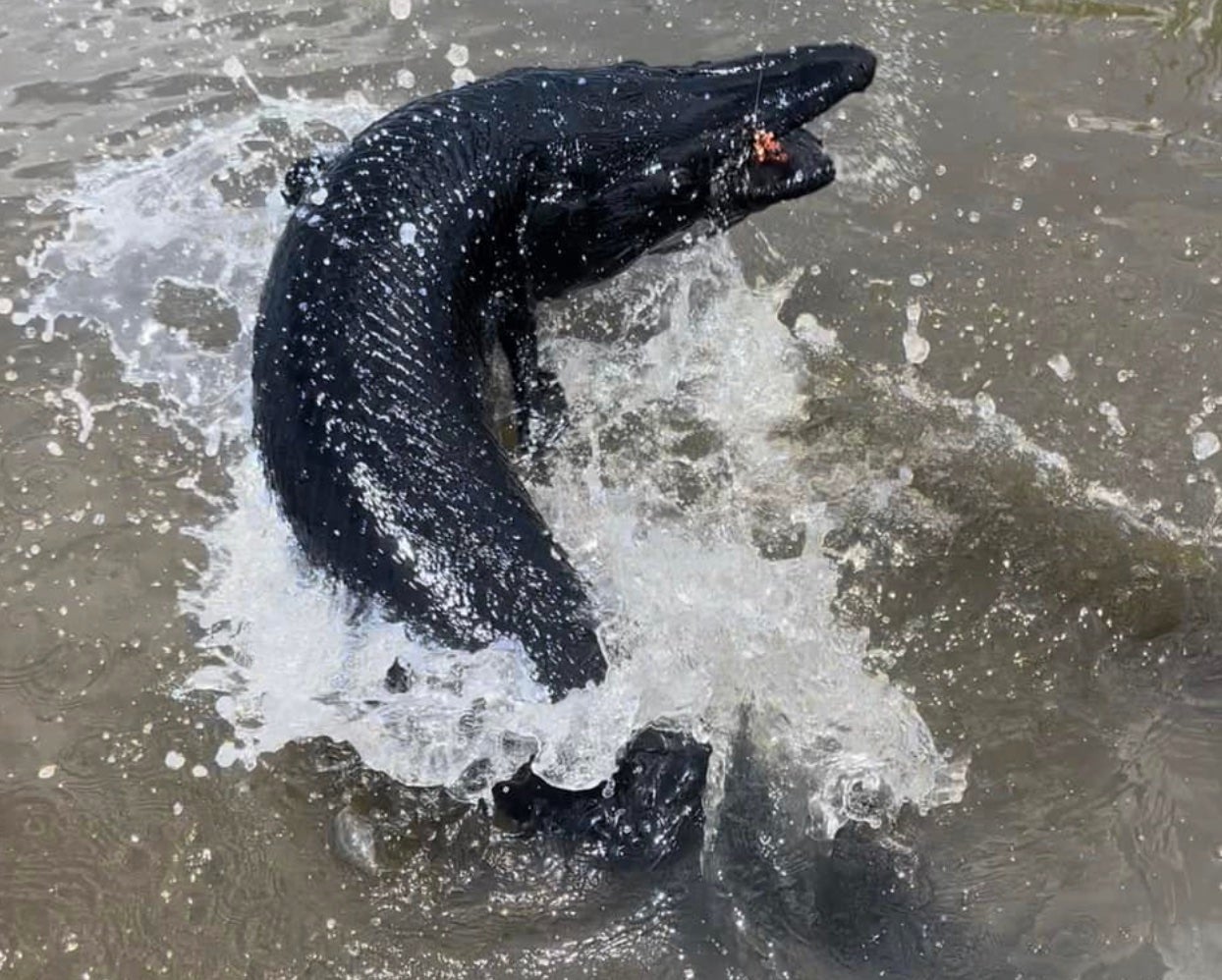 Two anglers managed to catch a rare melanistic alligator gar in a southeast Texas marsh on May 15. Terrell Maguire is the angler who hooked the fish, and fishing guide Justin Jourdan was able to snag a few pictures and post them to Lotus Guide Service’s Facebook page.

The fish was an average-sized alligator gar at about 5-feet long, but it’s the jet-black coloration that makes it truly special. Melanistic gar are especially rare. Wildlife biologists aren’t quite sure how many exist, and many anglers will go a lifetime without seeing one.

“Well… me and Terrell found out melanistic gar do exist yesterday,” wrote Jourdan in the Facebook post, which received thousands of shares and hundreds of comments. Jordan and Meyer returned the fish to the marsh after catching it.

Several other anglers posted to the page about their own experiences catching alligator gar, both melanistic and otherwise. “Caught one a couple weeks ago and threw it back,” commented Doug Williams.

Others were simply amazed by the fish’s color, and by how interesting (and scary) it looked. “And y’all think I’m gonna let my feet dangle in the lake?!” wrote Lauren Kay Worsham. “Now that’s a scary-looking fish!” wrote Mike Long.

Alligator gar live in shallow streams, rivers, and lakes, and they are found primarily in the southeastern United States and portions of Mexico. Their numbers have declined and their range has shrunk in recent years due to habitat destruction, Newsweek reports, with some populations listed as endangered. Many fish and wildlife agencies protect these endangered populations, and Texas has a strict one-per-day bag limit on the fish.

These prehistoric fish haven’t changed all that much in thousands of years, and they are prized by anglers for their huge size. A Texas man recently managed to catch a roughly 300-pound, 8-foot-long alligator gar in a bayou near Houston. He also released the fish, which was likely around 100 years old, after filming the catch.

The largest alligator gar ever caught was taken in Mississippi’s Chotard Lake. Angler Kenny Williams measured the massive fish at 8-feet, 5.25 inches, with a 47.95-inch girth. It weighed over 320 pounds.