Patrick McCorkell released his massive perch without getting an official weight 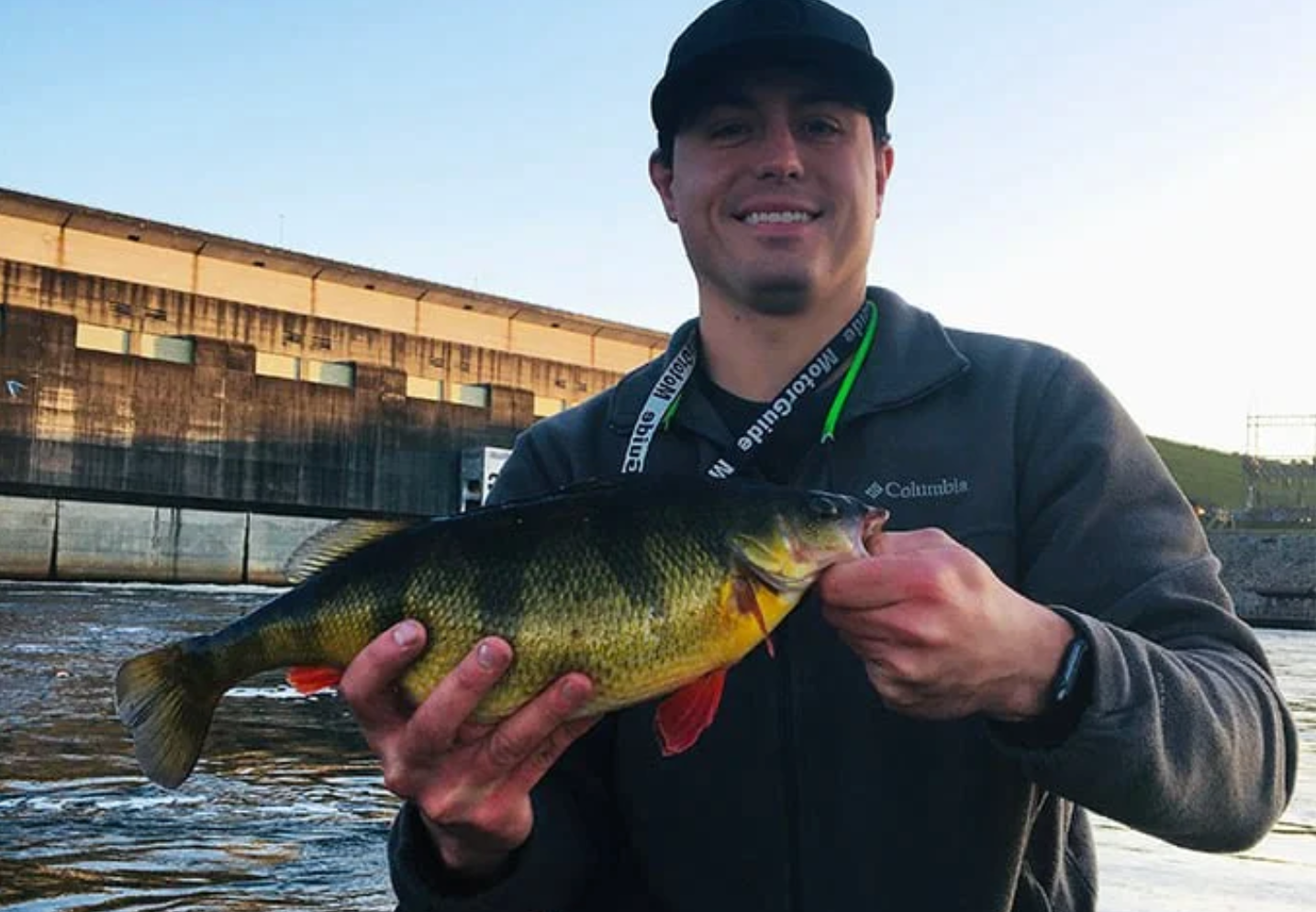 He was using a blueback herring on a bottom rig, according to Georgia Outdoor News, and was expecting a heavy strike and a strong run from a striped bass.

“I didn’t realize anything was hooked until I started reeling my bait in,” Patrick told GON. “Then I felt something start to pull. I get it up next to the boat, and I realize that’s the biggest perch I’ve ever seen in my life, let alone caught.”

McCorkell didn’t have a working weigh scale but knew his perch catch was a whopper, so he measured it.

“I released it knowing it wouldn’t keep very long in the live well,” he told GON. “Nothing like a football-size perch to start the fishing morning off right.”

McCorkell caught his perch in the tailrace below Thurmond Dam, which is a popular fishing spot in spring. Many fish species make an up-river migration, and swarm in the swift waters below sprawling Clarks Hill Reservoir.

McCorkell said his perch was 16 inches in length, with a stout 11-inch girth. A calculation using those measurements gives an estimated weight of 2 pounds, 6.72 ounces. However, the calculations have a weight variance of up to 10 percent. If the actual weight of McCorkell’s perch was slightly more than 2 pounds, 6.72 ounces it may have been enough to become the new Georgia yellow perch record, which is 2 pounds, 9 ounces, caught in 2013 by Thomas Lewis. That fish was also caught in the Clarks Hill tailrace. Because McCorkell’s perch was released without officially being weighted, there’s no chance it could be considered for a record. However, maybe some other angler will catch it again in the future.